The Daily Nexus
News
Students Search for Housing After DP Evacuations
March 2, 2017 at 12:32 am by Phi Do

Forty-eight students have been in search of housing due to the recent evacuation orders of two properties on Del Playa Drive. 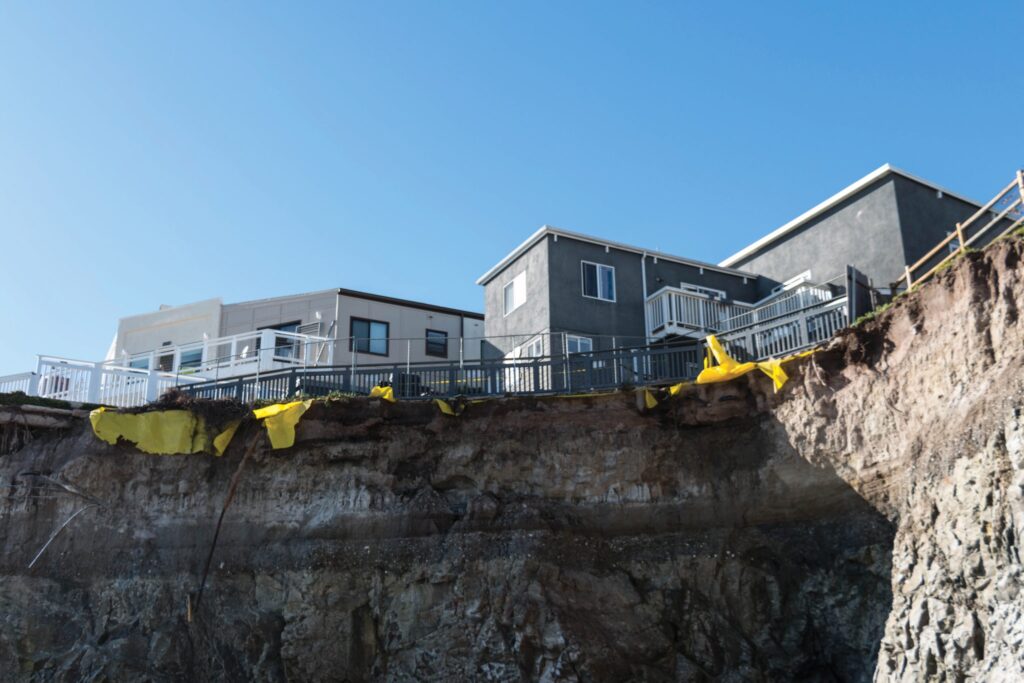 Just a month after a balcony collapse at 6653 Del Playa forced 28 students to find new housing, three residents at 6757 Del Playa were told to evacuate following further cliff erosion caused by recent storms. All 20 residents at 6757 opted to move out and search for new homes. Anthony Lai / Daily Nexus

Following a storm last week that quickened the erosion of Isla Vista’s bluffs, the county ordered three residents to evacuate their ocean side bedrooms on the upper and lower units of 6757 Del Playa Drive. All 20 residents of the building decided to leave in search of new housing.

Olivia Haney, a third-year chemistry major who resided at 6757 Del Playa Drive, said students from the upstairs unit are moving into university housing at San Clemente Villages and Sierra Madre Villages. Other downstairs residents like herself have relocated to housing along Trigo Road, and the rest remain in the building until they can find a new place to live.

“It’s sad we had to break up the house, because we all became very close, but I’m happy with the decision,” Haney said. “I wanted to be safe rather than sorry, so I’m happy I am still able to be with my friends even if it’s not in ’57.”

A month before the order to vacate two ocean side bedrooms on 6757 Del Playa Drive, a cliffside balcony collapse on 6653 Del Playa Drive forced 28 students to find new housing.

Nina Karr, a third-year biology major, said tenants from 6653 have moved to housing at Sueno Road, Trigo Road and downtown Santa Barbara. She currently resides on Sueno and said Del Playa was a good street to live on because it is well lit and filled with people.

“The further you go away from DP, it gets a little sketchier, not that I feel unsafe, but I definitely felt a little safer on DP,” Karr said. “But Sueno is definitely nice; our apartment’s really nice. I would say the only problem is that it’s not in Goleta.”

“Because we had the experience of going through this before, we were better prepared to quickly respond and organize a group meeting to offer assistance,” Fleming said in an email, referring to the balcony collapse in January.

Following the balcony collapse, IVTU has been working with departments across the university and county to establish a protocol for a clear line of communication between the students and these entities. According to Diana Puente, the A.S. Isla Vista community advisor, it can be challenging for the university to provide support for students because many of the properties in Isla Vista are private, so the flow of communication is not yet established. 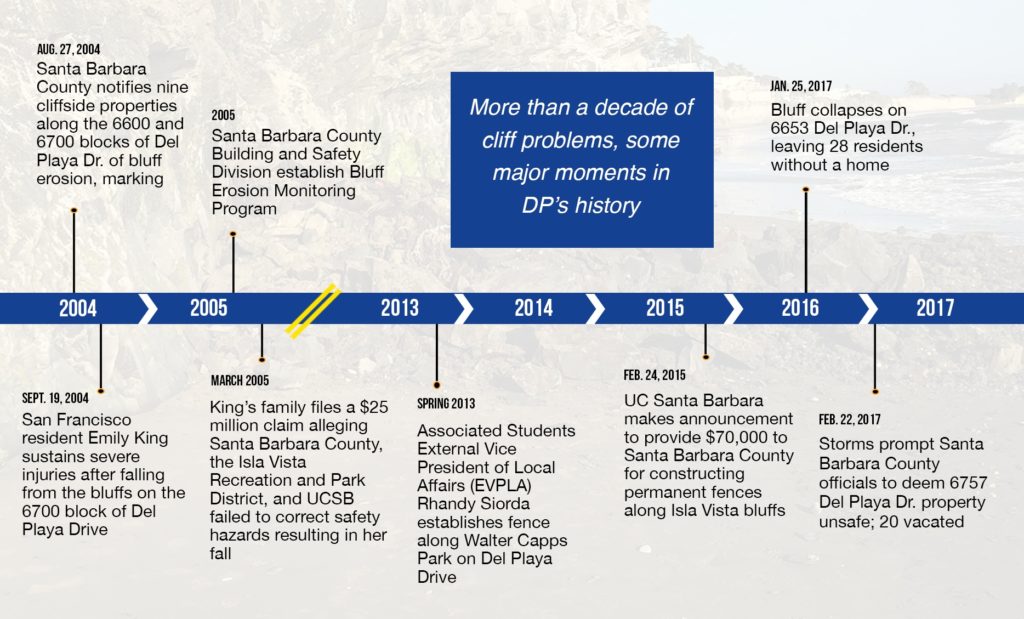 “We just kind of saw a really significant need,” Puente said. “So that would mean, once there is information that comes out about an event that has happened in Isla Vista, to be able to gather all the folks together to be able to determine what different services each group can provide.”

IVTU chair Daniel Renteria added that part of the board’s decision was to collaborate with different organizations and create a community fund for non-UCSB students in a housing crisis.

“Because of our student fees, our money couldn’t go to these three non-UCSB students that were affected,” Renteria said. “So I think in light of this, it just came out about what more can we do for the community.”

“So, if something does happen with the storm or housing or whatever it may be, if someone needs to reach out and get immediate assistance, we can provide that for them,” Kurpershoek said.

Some of the displaced students who have secured housing now see Del Playa Drive in a different light.

“It’s definitely scary,” Karr said. “The rain, especially today [Feb. 17] was insane, and I’ve been thinking to myself, like ,I’m happy I’m not living there anymore because this potentially could cause a lot more damage, so I’m kind of grateful we got out of that situation.”

Emma Holtzapple, a fourth-year environmental studies major who was able to stay in her part of the building on 6653 Del Playa Drive, said it was strange to no longer have the portion of the balcony even if she knows the cliff is officially stable.

“A lot of people look forward to living oceanside DP their senior year and having that balcony to enjoy and even the safety that comes along with that,” Holtzapple said. “That was all taken away from us.”