The Daily Nexus
Tennis
Women’s Tennis Carries Its Four-Match Win Streak Into Pac-12 Matchups
February 23, 2017 at 5:03 am by Andrew Hernandez

A pair of Pac-12 matchups are on the schedule for the UCSB women’s tennis team as it will be playing the final two contests of its five-game road trip against the Oregon Ducks and the Washington Huskies, giving the Gauchos an opportunity to have a winning record for the first time this season.

The Gauchos were victorious last weekend as they are now on a four-game winning streak and hold a .500 record of 4-4. 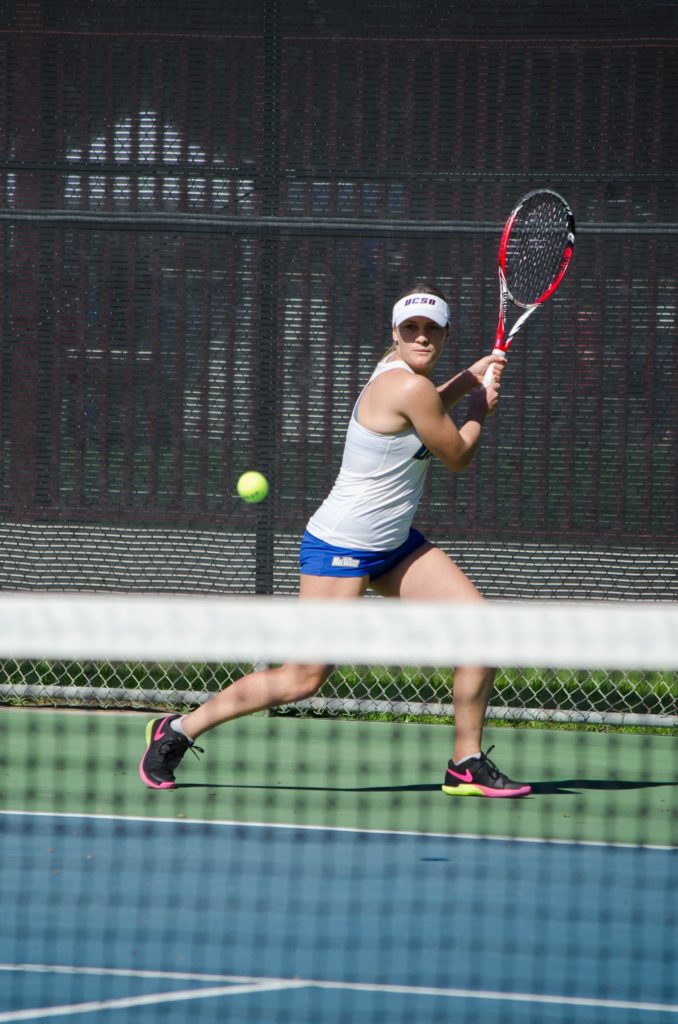 Oregon sits at 3-4 and is looking to end its two-game losing streak. At 8-2, Washington hopes to extend its two-game winning streak and will face the University of Houston before facing UCSB.

UCSB’s latest success has been a far cry from the results the team was getting earlier in the season, which began with disappointing 0-4 record. While the latest road trip could have kept UCSB struggling, the team has bounced back with confidence.

The latest hot streak looks to be the result of a renewed form of team cohesion that has allowed the Gauchos to pull out victories in difficult matches.

Players such as junior Palina Dubavets and senior Stefani Stojic have been a consistent presence for UCSB. The successes of both Dubavets and Stojic have given the Gauchos the opportunity to finish matches and earn the victory.

This determination and team effort have both allowed for the tennis squad to find its rhythm and earn victories in games that it would have lost earlier in the season. Perhaps the best example of UCSB’s persistence and resilience was seen in its second win of the season against the then unbeaten Arizona Wildcats when the Gauchos were able to win 4-3 in a tough match.

The Oregon Ducks have not had as much success on the road, as they have lost two of their last games on the road and have not picked up a victory since Jan. 29, having last played on Feb. 5.

Oregon should be glad to finally be back home after a long road trip which prevented the Ducks from playing a game at the Oregon Student Tennis Center since Jan. 21. The Ducks have no ranked players in either the singles or doubles categories of the ITA rankings, which results in a difference in their matchup with UCSB.

Oregon’s last game against the Texas Christian Horned Frogs ended in a 4-1 loss for the Ducks as they were unable to finish strong against a resilient TCU team.

Like the Ducks, the Huskies do not have any ranked singles or doubles players. However, in Washington’s latest match, the team secured seven points in a straight sweep of the San Diego State Aztecs.

Saturday’s match against the Gauchos will surely be a good test for the Huskies as conference play gradually approaches in which their first Pac-12 game is against the Oregon Ducks on March 10.