Able to end its two-game losing streak with a win over Hawaii on Saturday, the UCSB women’s basketball team continues its four-game road trip Thursday at UC Riverside and Long Beach State this Saturday. LBSU is just one conference win away from being tied for first place in the Big West, and will face Cal Poly before hosting UCSB. Both the Gauchos and Highlanders are currently tied for third-place in the Big West standings. 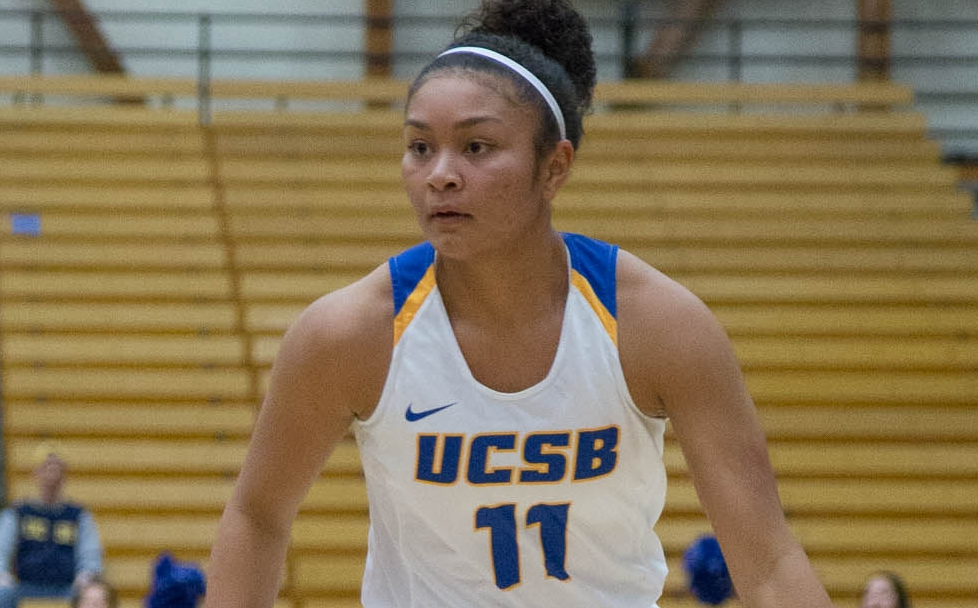 UCSB will enter the SRC Arena with a 12-12, 7-4 conference record. UCR, who recently had its three-game winning streak ended in an overtime loss to CSUN, will host the Gauchos with a 13-11 and 7-4 record. Long Beach State, currently in second place, is 17-8 and 8-2.

After defeating UCR 58-54 in their first meeting on Jan. 14, the Gauchos will look to achieve a season sweep over the Highlanders for the first time since the 2011-12 season. UCSB is seeking its first win against UCR since the Jan. 23 of the 2013-14 season.

Prior to Saturday’s victory, redshirt junior forward Drew Edelman had just one double-figure scoring performance in UCSB’s last five games. In addition to the one game, in which she had 14 points, she had recorded no more than six field goal attempts.

When Edelman has at least 10 or more shot attempts in a game, the Gauchos are 6-1. She is coming off posting career-high in points and assists with 22 and three, respectively, while she added seven rebounds.

As UCSB’s primary option in its frontcourt, Edelman held her ground in the team’s first meeting with 15 points on 7-of-9 shooting, eight rebounds, and two steals.

Signs of the Gauchos deciding to get Edelman more involved is important as her ability to draw the defense into the paint can be beneficial in freeing up the perimeter, especially as Santa Barbara has struggled from long range as of recently.

Since recording a program-high 15 made three-pointers against UC Irvine on Jan. 28, UCSB has been unable to shake its inefficient shooting from beyond the arc. In four-straight games, it has recorded a three-point percentage of 30 percent or lower.

While the three-point shot has gradually diminished, also complementing Edelman’s play in the paint has been redshirt junior point guard Drea Toler. Whether if she uses her dazzling speed to drive to the hoop or dish out the ball, Toler has been UCSB’s most consistent player for nearly the past month.

In seven of the team’s last eight games, the Gauchos’ top bench player has scored at least 12 points and is the team’s leading scorer through conference play at 11.4 points per game. Her vision to get the ball into passing lanes and shooter on the perimeter is evident as well as she is third in the Big West in assists per game, averaging 4.2.

Prepared to face the Highlanders, who are second in the Big West in both team field goal percentage and assists per game at 41 percent and 16.5 dimes per game. Their assists per contest average ranks 32nd in the nation.

Leading the Highlanders is senior forward Réjane Vérin. Despite playing down in the paint, Vérin is an all-around playmaker as she averages 4.1 assists per game, tied for third best in the conference.

Coming off back-to-back 20-point games, UCR’s leader enters this week’s slate of games as the Big West’s No. 1 scorer at 17.2 points per game.

Both Edelman and Vérin had 15 points each when the two teams faced each other earlier this season. Edelman ended that game 4-of-4 from the field, but the perfect shooting performance would not be enough in 37 minutes of play. The anticipated battle between the two will be something to keep an eye on as they hope to maintain momentum.

UCSB will be hoping to replicate its stout defense from its first game against LBSU in which it held the 49ers to a 23.8 three-point percentage on 5-of-21 shooting from beyond arc.

This will be a difficult task as Long Beach State is coming off tying its single-game program record of 20 made three-pointers in its blowout win over Cal State Fullerton last weekend. The 49ers set a program and conference record with their 45 three-point attempts.

Most notably, LBSU forced 23 turnovers to gain a 29-7 advantage in points off turnovers.

Hoping to contain a 49er team looking for its third-straight win, UCSB not only must ensure that it properly defends the perimeter, but also must capitalize from long range as points in the paint alone may not be enough to defeat LBSU.

Tip-off between UCSB and UC Riverside is Thursday, Feb. 16 at 5 p.m. The Gauchos will play Long Beach State Saturday, Feb. 18 at 4 p.m.