As the season winds down, the UCSB men’s basketball team will host University of Hawaii at home Thursday night with hopes of getting a win and pushing them toward the eight seed for the Big West Conference Tournament in a few weeks. 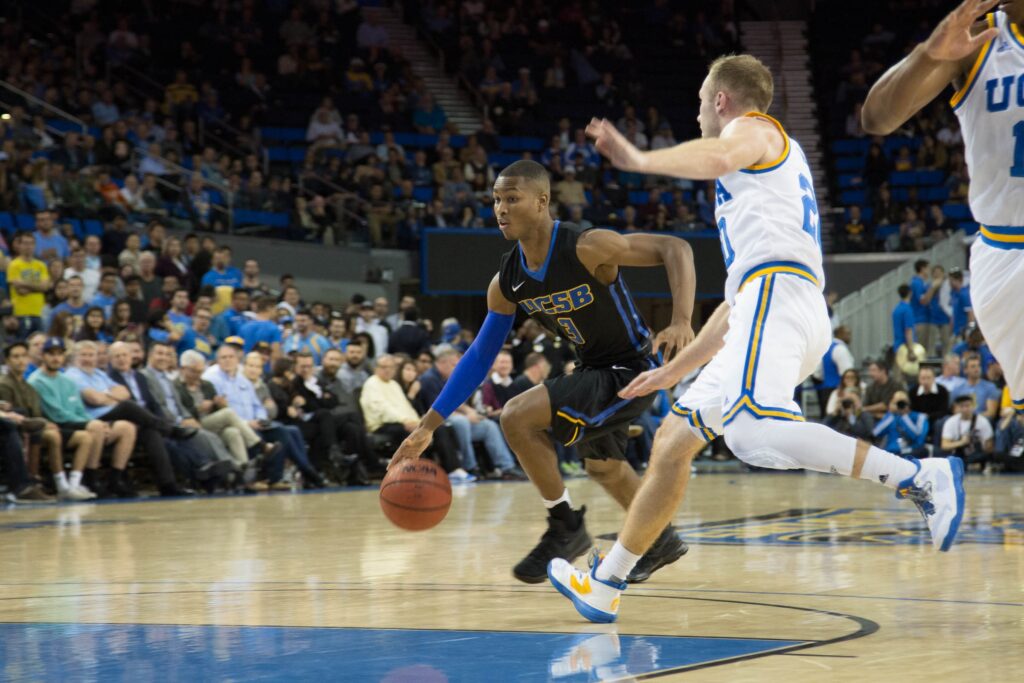 The Gauchos currently sit at the bottom of the Big West thanks to a 3-20 overall record and 1-10 record through conference play. The Rainbow Warriors have earned their way to the No. 4 spot in the standings with a 6-5 tally in Big West play and a season record of 12-12.

Earlier this season, the Gauchos traveled to Hawaii where they lost 56-78. At the time, junior forwards Ami Lakoju and Jalen Canty were no longer playing, but junior guard and leading scorer on the team Gabe Vincent was, putting a nine-point, four-rebound performance for UCSB.

Fortunately for the Gauchos, the last time they faced Hawaii, their highest-scoring player was freshman guard Max Heidegger, who has only improved his skill, speed and accuracy on the court since then.

In four of his last six games, the freshman guard has scored at least 10 points in the match. With Vincent still out due to a torn ACL, all other Gaucho shooters will need to be at their best.

The Rainbow Warrior to watch out for in this game will absolutely be senior Noah Allen. In the last Hawaii-Santa Barbara matchup, the California native managed to put 34 points on the board in 34 minutes of playing time. Allen currently ranks fifth in the Big West in PPG averaging 15 a game.

Before becoming a star player at Hawaii, the senior guard played three seasons as a UCLA Bruin and was part of two NCAA Sweet Sixteen teams. Since transferring, Allen has scored 359 points this year and has a field goal percentage of 46.7 percent.

Other strong starters include junior forward Gibson Johnson and sophomore forward Jack Purchase who average 10.9 and 10.1 points per game respectively. With Johnson, Purchase and Allen all towering at 6’7” and above, it will be essential for the Gauchos to get back and closely protect the basket.

Despite losing their most recent match-up, the Rainbow Wahine have still put forth a solid campaign thus far. Defeating UCSB would create a nice cushion for the ’Bows as they and the Long Beach State 49ers both hold 6-5 conference records. A Santa Barbara upset would be greatly applauded although it is unlikely considering the Gauchos shooting woes.

All season, UCSB has had extreme trouble with shooting accuracy. They are able to get to the basket and get clean shots off, but they are not being completed, leaving the team with a 35.9 field goal percentage in conference play, a league worst.

Four out of the Gauchos’ last six opponents have scored at least 78 points, so the fact that Santa Barbara is only averaging 57.3 points per game is problematic and is going to be a real setback, especially when facing Hawaii.

UCSB is currently in a rut, having lost eight in a row and only breaking the 60-point mark once in the last seven games. It will be good to have the boys playing at home again as all three of their wins have happened at the Thunderdome.

Along with Heidegger, junior forward Alex Hart and senior guard Eric Childress have been holding down the fort for the Gauchos. Since recuperating from the flu bug, which he caught on the trip to Hawaii, Hart has been playing his best ball, averaging 13 points in his last three games while also scoring a career-high 16 points against UC Irvine.

Childress, the team’s only senior, has also been great despite not having that special senior finish he was expecting. In his last outing at CSUN, the point guard went off for 16 points and, with a chance to end his senior year on a high note, expects to continue producing at a high level.

The UCSB Gauchos have an opportunity to get a win at home, and as there are fewer and fewer games left in the 2016-2017 season, a home victory is exactly what the team needs. Head to the Thunderdome tonight at 7 p.m. to cheer on the Gauchos as they take on the University of Hawaii Rainbow Warriors.

Hawaii is actually disqualified from all Postseason play this season, including the Big West tournament, due to violates form last year. http://www.cbssports.com/college-basketball/news/hawaii-receives-postseason-ban-in-2017-other-sanctions-from-ncaa/