The Daily Nexus
Tennis
Gauchos Prepare for Saturday Doubleheader, End Weekend at Fresno St.
February 16, 2017 at 5:02 am by Andrew Hernandez

A full sleight awaits the UCSB women’s tennis team as it will begin a five-game road trip, in which it will play three of the five this upcoming weekend. UCSB will play UC Davis and St. Mary’s Saturday and will face Fresno State this Sunday.

Santa Barbara goes on the road after picking up its first wins of the season at home. UC Davis seems it will be a tough opponent this weekend as the Aggies hold a 6-2 overall, 0-1 Big West record and are 3-0 at home. St. Mary’s will enter 1-3. Looking ahead to Fresno State, the Bulldogs are currently 2-2 and will take on Oregon before facing UCSB. 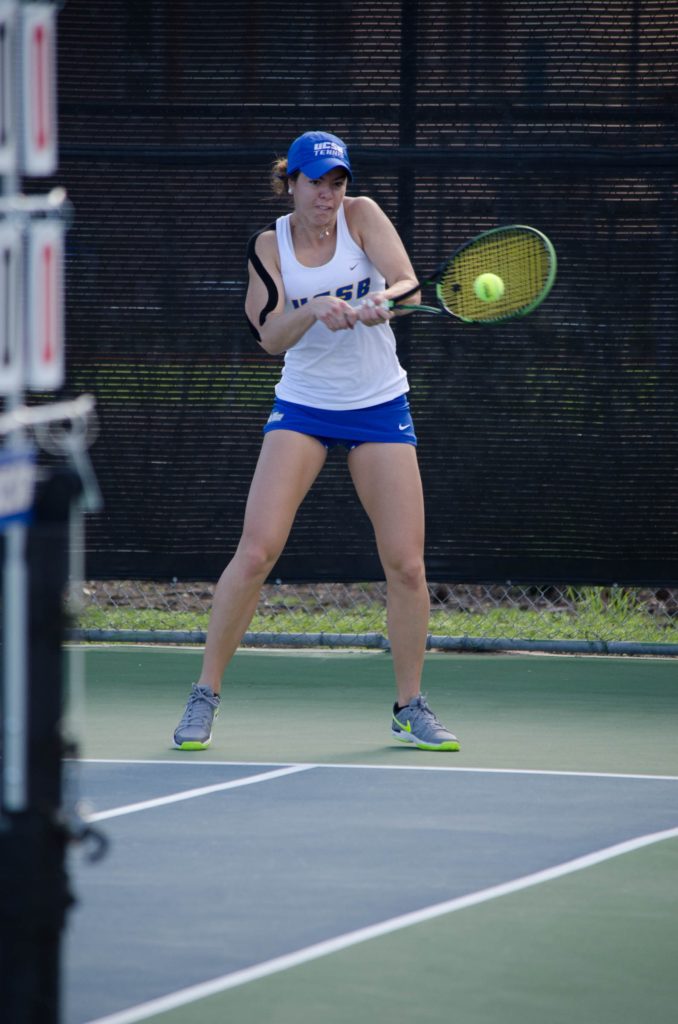 Despite the winning record, the Aggies have no players ranked in both the ITA Singles and Doubles Rankings, although the team had performed well through a five-game winning streak before picking up their first loss of the season. In two of the five games, UC Davis was able to sweep three opponents in three consecutive meets.

The Gauchos look to match up well against the Aggies because Davis has yet to play against a good collection of ranked players like the Gauchos have in No. 84 junior Palina Dubavets and No. 41 doubles pair senior Melissa Baker and sophomore Stephanie Yamada.

The game against the Aggies would be the first conference play game for the Gauchos, an area of play that Davis currently holds a 0-1 record in. A win in this match would be a good start for the Gauchos as they look to repeat as Big West Conference Champions.

UCSB’s match against St. Mary’s will be the second match in UCSB’s doubleheader on Saturday.

St. Mary’s went on a three-game losing streak before last weekend’s game. The Gaels went up against some tough competition early in the season against then No. 4 Stanford and No. 20 UCLA which gave them an early two loss record. SMC then went on to lose to Washington in their following game.

However, in its most recent game, St. Mary’s beat San Diego State for their first win of the game. The Gaels won four of the six single matches played in their last game, a show of success that SMC hopes to carry into this Saturday’s match.

Following Saturday, UCSB will end the weekend against Fresno State.

The Bulldogs were originally scheduled to have played five games at this point of the season, but the last game for Fresno State was postponed and rescheduled for a later date.

This postponement has kept Fresno off of the court since Feb. 4. The delay in play presents another challenge for a Fresno State Bulldogs team who will have to play a skilled Gaucho squad this Sunday.

As the case with the other teams on the schedule for the Gauchos this weekend, it just seems to be that UCSB has the superior talented roster. While the matchups may seem lopsided on paper, anything can happen and with the vigorous travel schedule that Santa Barbara will be embarking on, it can present problems for the team that would otherwise not be there had they been scheduled to play these games at home.