For the No. 12 UCSB men’s volleyball team, home is where the wins are.

The Gauchos’ 6-2 record at home can attest to that, as can their 0-5 mark on the road. Simply put, UCSB — 6-7 overall and 3-7 in league — has been an altogether different team when playing in home-friendly territory so far this season.

The good news for the Gauchos is that they return home Wednesday night for their first home game since Jan. 27. 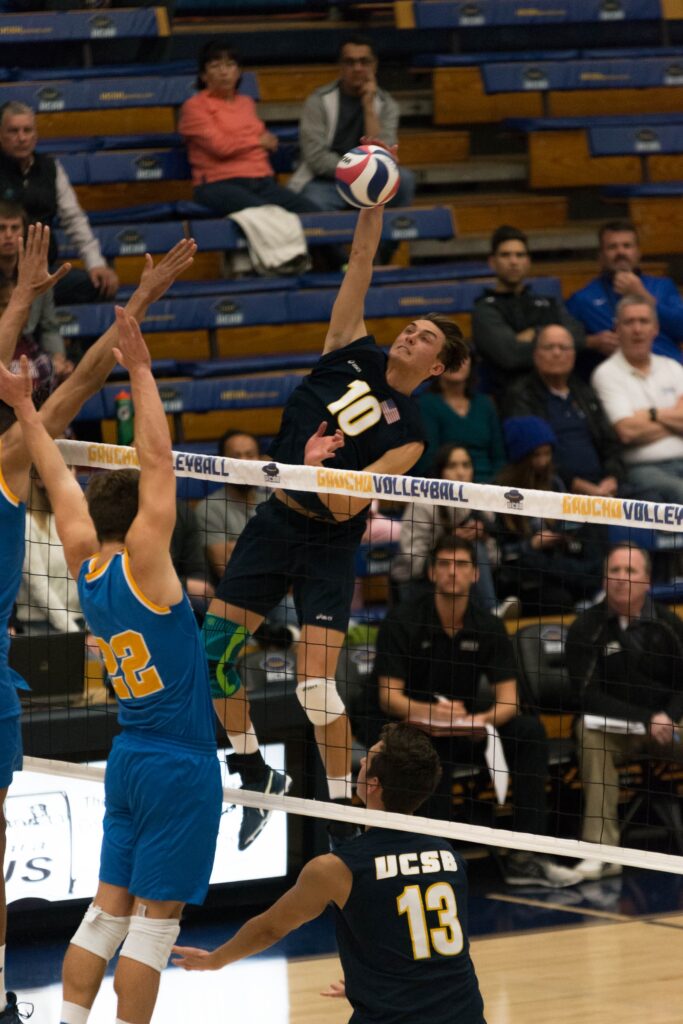 The bad news, however, is that they’ll be playing host to Long Beach State, the No. 2 team in the nation and proud owners of an 11-2 overall, 7-1 MPSF record.

Any home field advantage that UCSB has will be especially important against a team like the 49ers. Long Beach State has defeated all four teams the Gauchos lost to: UC Irvine, Hawaii, Stanford and Pepperdine, and the 49ers would love to add the Gauchos to its list of conquered MPSF rivals.

“(Long Beach State) is one of the top three teams in the country, so they’re pretty darn good,” UCSB head coach Rick McLaughlin said. “We’re going to need to play very well in order to beat them.”

Santa Barbara will return to the Robertson Gym for the first time since its loss to UCLA in late January.

Having lost both of its matches to UCLA, as the second meeting preceded a four-game road trip, UCSB is looking to end its six-match losing streak. Some losses have been more heartbreaking than others.

Finally back home again, the Gauchos will look to recapture whatever it was that provided for their hot start to the season.

“We hope it helps [to play at home],” McLaughlin said. “The team loves playing at home, and they’re more comfortable so, hopefully, that will translate.”

Of course, simply relying on an intangible and unreliable factor like home field advantage won’t be enough to take down one of the best teams in the country.
To do that, the Gauchos will patch up the areas of weakness that revealed themselves out on the road.

“We need to be a better serving team,” McLaughlin said. “That’s something that’s shown up in every match, especially at late. We also need to do better at taking advantage of big moments at key times.”

Beating the 49ers will also require the Gauchos to throw a wrench in the gears of Long Beach’s three-man offensive machine.

The 49ers rely heavily on sophomore setter Josh Tuaniga and sophomore hitters TJ DeFalco and Kyle Ensing to provide the main thrust of their attack, and the trio has done an excellent job of that so far this season.

Tuaniga is second in the NCAA with 11.43 assists per set. Most of those assists have gone to either DeFalco, who has 167 kills, or Ensing, who owns 137 kills.

There’s no denying that Long Beach State is a juggernaut, but they’re far from unbeatable.

USC showed as much when they took down the 49ers 3-1, and the Gauchos beat the Trojans earlier in the year.

The transitive property dictates that this means UCSB has a good chance of upsetting Long Beach State, but it’s going to take some major improvement.

The Gauchos get their chance to do just this Wednesday, Feb. 15, when the 49ers visit the Thunderdome at 7 p.m.