The Daily Nexus
Sign of the Times
Unwilling to Reason: Why Censorship is the Wrong Answer
February 14, 2017 at 1:25 pm by Connor Pardini

As of late, a wave of censorship has swept over this campus. Those who would silence the free speech of UCSB students are not authorities but private individuals. The College Republicans have set up signs around campus in an effort to advertise for their Ben Shapiro event on the topic of Black Lives Matter. They have followed all of the correct procedure. They have been met with vandalism. Their wood signs have been repeatedly painted over and their fliers ripped from sight.

Those who have repeatedly defaced the College Republicans signs are unwilling to reason. This would be obvious to any outsider looking in to the enclosed environment of this UC campus. In a place where one-sided classes on political issues are taught as fact, it is a wonder that there are any students at the university who would challenge the doctrines imposed on them at all. 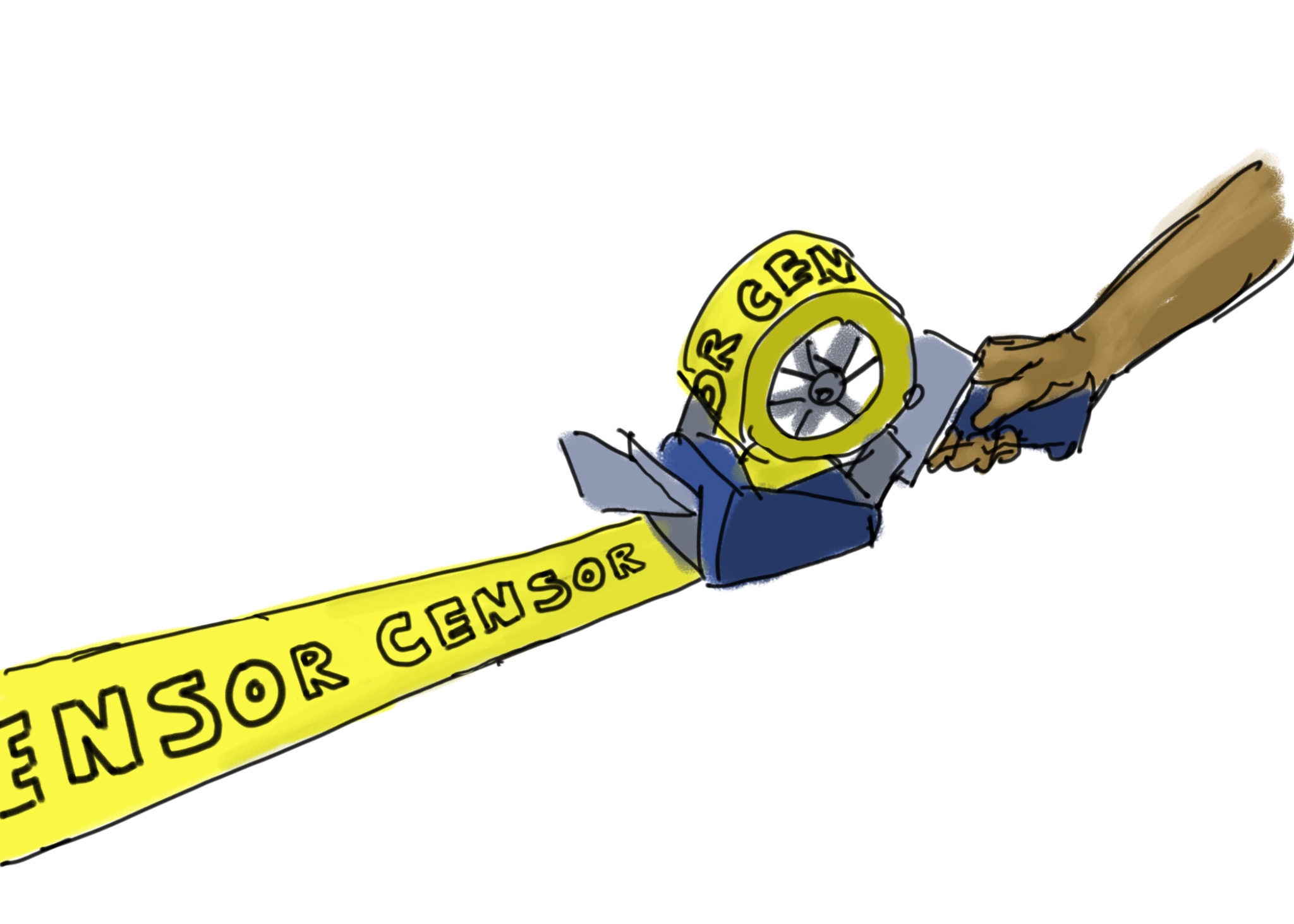 When knowledge is transmitted in such a way as it is in the university system, there is little hope for dialogue. I hear those on the left clamoring for a “national dialogue,” yet they offer nothing but the destruction of property, both private and public. Observe the force employed by the individuals at UC Berkeley in “response” to the Milo Yiannopoulos event scheduled there. And now, in a small act of what is perhaps imitation of their more violent comrades at Berkeley, leftists of UC Santa Barbara have destroyed the signs advertising the Ben Shapiro event. Nothing else could be expected from those who consider speech violence.

To equivocate speech and violence is to obliterate the distinction between reason and force. Free speech is a principle of this liberal society for one reason: so that thinking individuals may partake in a discussion of their ideas with other individuals. It is the political prerequisite to freedom of the mind — that is, the freedom to reason. As humans are thinking, rational animals, such an ability as reasoning is essential for our existence within a society.

Reason is exactly the means that humans use to avoid predation on each other. In the personal sphere, reasoning is absolutely essential. Consider sex, the most personal and intimate of all human relations. Any good person’s intuition regarding sex would prescribe a consensual basis for it. Consent requires a state of consciousness and agency. Such a state is the state of reason. Reason demands conscious awareness and the ability to exercise one’s volitional faculties, and so it is the heart of consent. When consent is not given by all parties involved, when force is substituted for reason, the interaction becomes rape or sexual assault. Voluntary, willful consent is required in the realm of sex. It is considered most vital in this context but abandoned in others.

If the free expression of our ideas is not protected by a just government, then where is justice in our law?

The person who forces another person to be his or her friend has nothing to offer. Friends help each other. Friends do good to their friends. This is common sense. If force is used, real value and worth is absent. Just as this applies to friendship, so it applies to politics. Particularly, freedom of speech. It is a truth that no one wants something that must be forced on them. Furthermore, no one wants what is theirs to be taken away by force. Ideas are the most intimate kind of possession. They make up our minds and ourselves. If the free expression of our ideas is not protected by a just government, then where is justice in our law? Are we to apply principles of freedom to one area of our life and not the other? I would say the freedom to speak — and not necessarily to be heard — is more valuable than a friendship. What friendship could survive without being grounded on a firm slab of truth? What truth can be arrived at except by the free expression and exploration of ideas?

When we apply the principle of reason to economic and political relationships, we get a free market. When we apply it to academics, we should get a free market of ideas. If there is any place in the nation to glorify free speech, it should be the university. Knowledge is the business of the university. Knowledge requires truth. Truth is not easy to obtain. To obtain truth, there is only one principle that can be brought to bear. This is reason and its corollary, freedom of speech.

I am an individualist, so I do not believe everyone on the left condones the savage actions of those students who defaced the College Republican’s signs. I do not believe even the majority of those on the left are gripped by a fundamentally irrational Marxist ideology that denies the premises of reason and freedom. In the coming weeks, there will be events which promote unpopular ideas. If for no other reason than to affirm that it is okay to hold an unpopular idea, these events are a blessing. With regards to the administration of this university, the vandals who ruined the College Republicans’ signs should be found and punished. Their punishment should not be minimal. They should serve as an example so the university can assure its students that freedom of speech will be protected.

Connor Pardini believes in the right to hold an opinion, popular or not.

This is good. I’m far-left liberal, but believe we need to do a better job respecting first amendment rights. Thanks for your thoughts.

Reason and freedom actually were what Karl Marx was all about. Campus liberals are typically disinterested in socialism, if not completely opposed to it. Particularly Democratic Party aligned professors mistakenly derided as “Marxists”–they are happy to serve their alloted function within the capitalist order, and are well compensated for doing so. Self-promoting provacoteurs like Milo and Shapiro are probably best just ignored–that’s actually what they fear the most. It would be fine to have an actual dialog with them, but that doesn’t appear to be something they are at all interested in. What would REALLY be interesting would be an… Read more »

This has happened before. It will hopefully happen again. Members of CR and yAL have tried previously to debate various topics but others do not wish to debate for fear of “legitimizing hateful opinions.” At the AS meeting regarding Ben Shapiro’s funding. Members of the BSU and supporters of BLM audibly groaned a resounding no when a Congress member suggested the Shapiro event be a debate rather than a speech. They simply don’t want him at all, debate or not. But I wonder how much of Shapiro you have actually seen. I didn’t particularly care for the man until I… Read more »

To add to that, 150 feminists and feminist organizations refused to debate Andrew Cavarno last year, when he challenged them on their lies…

Calling people liars (or “cancer”) possibly might not be the most conducive way to encourage them debate.

That said, I’m wondering what the 150 feminists might have to add to this.

Focusing on violence and radicalism of a few is to take away from all of the brilliant thought and societal improvement that stems from universities. People are often completely uneducated about liberating topics such as class struggle, systematic oppressions, and gender rights. You don’t have to agree, but don’t ignore the fact that proper discussion takes place on ALL of these political and social issues EVERY DAY on this campus and so many others.

The issue arises from the lack of discussion allowed. When someone comes along who disagrees their ideas or even facts are not argued against but rather silenced. It is easier at UCSB to come out as gay than it is as Republican or a Trump supporter. This is not the result of an open and honest dialogue.

How do we know who is defacing the Shapiro signs?

Could be “Marxists”, could be Democrats–or could be alt-right Republicans looking to play the victim.

I don’t know, and neither does Connor.