After last week’s doubleheader matchup against University of the Pacific on Saturday and Fresno State on Sunday, the Gauchos now improve to a 4-1 overall record on the season.

Previously coming off a 5-2 loss to then-No. 7 UCLA, UCSB sought to return to their winning ways as they headed north to Stockton, Calif. The host, Pacific Tigers, held a 4-2 overall record and maintained momentum after an inspiring three-team sweep. Ultimately, this was to no avail as the visiting Gauchos held the Tigers to a 4-3 score. 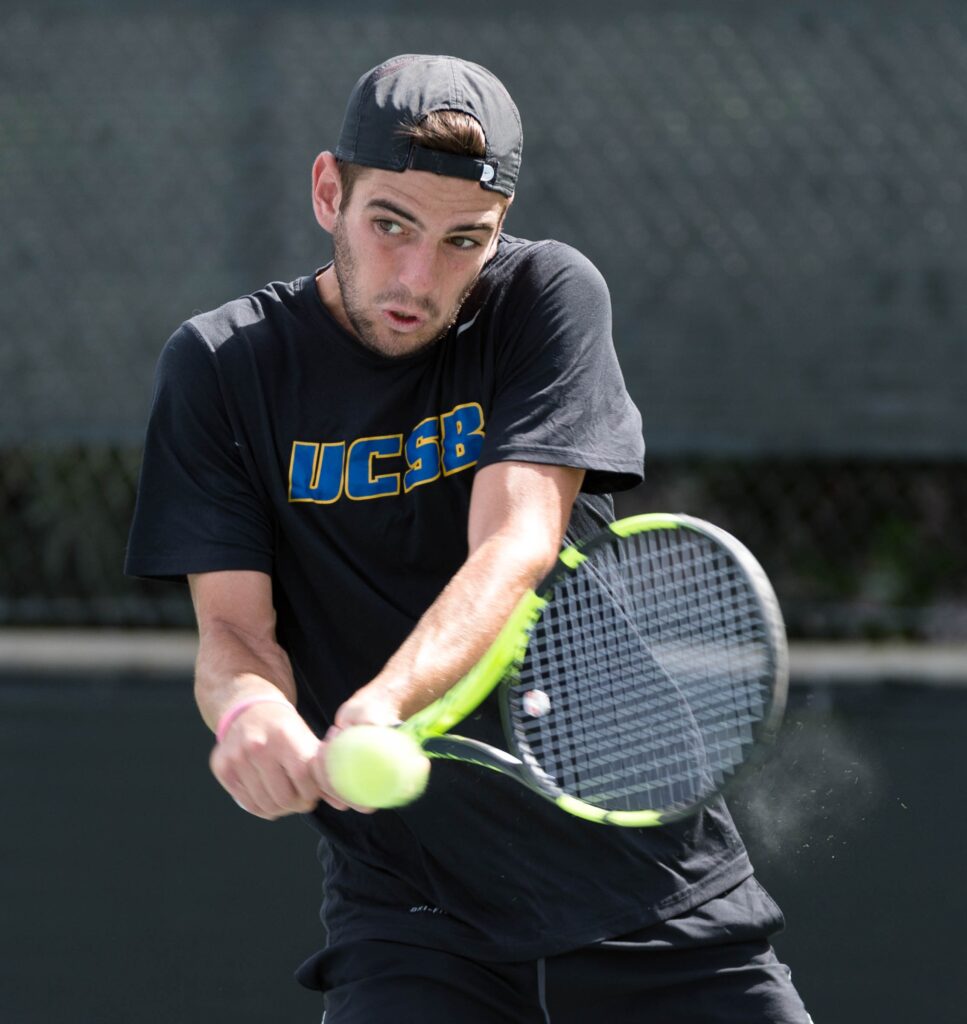 Saturday afternoon’s tennis meet started off with each sides’ No. 1 doubles teams facing off. Naturally, the partnered talents of junior Simon Freund and senior Morgan Mays, ranked 12th in the nation, were the favorites entering this one. Reasonably so, they claimed an easy 6-1 victory.

Next were the No. 2 doubles teams. Thanks to the sophomore duo of Anders Holm and Nicolas Moreno de Alboran, UCSB clenched the doubles point and granted the Gauchos an early advantage on the evening. No. 3 doubles resulted in Santa Barbara’s first loss as Pacific senior Miguel Diaz and freshman Ross Watson earned a 6-3 victory.

Commencing the singles portion of the meet, Freund ousted the competition once more with matching 6-2 scores. Junior Cody Rakela continued the Gaucho streak as he won his singles matchup at 6-2 and 6-3. After Holm’s singles set, the tally was brought to 4-1, which practically ensured UCSB of an early win for the day.

After junior Chase Masciorini’s 1-6/3-6 loss, the rest of the day resulted in Mays and Alboran tiebreaker matches. Eventually, the day’s final score finished at 4-3 as the Gauchos narrowly held off a late Pacific Tigers comeback.

With that, UCSB returned to their winning mentality and improved to 3-1 on the season. Celebrations couldn’t last too long since the team was only allowed a night’s rest in preparation for their meet in Fresno, Calif. the following day.

Fresno State immediately responded with a 6-3 victory in the No. 2 doubles match, thanks to the Bulldogs duo of junior Youssef Hassan and freshman Zdenek Derkas.

Reflecting off of the previous day’s results, the Gauchos knew how important this doubles point was. Luckily, Alboran and Holm secured the advantage with a 7-5 score in their match.

As for the singles portion, Rakela delivered once more and extended the Gauchos lead with a 6-3/6-0 score. Mays provided UCSB with an even more comfortable lead as he won his match with 6-3 scores.

For the 5th match spot, Hassan earned what would be the Bulldogs’ only point of the day, as he beat Masciorini with scores of 6-1 and 6-4.

Overall, there is much to be proud of over UCSB’s doubleheader sweep over the weekend. The team will return for a week’s worth of practice and downtime before heading out on the road for more regular season play.

UCSB’s tennis season returns again on Feb. 25, away against San Francisco, and on the 26th, away against Cal Berkeley, as the team competes in another doubleheader weekend.