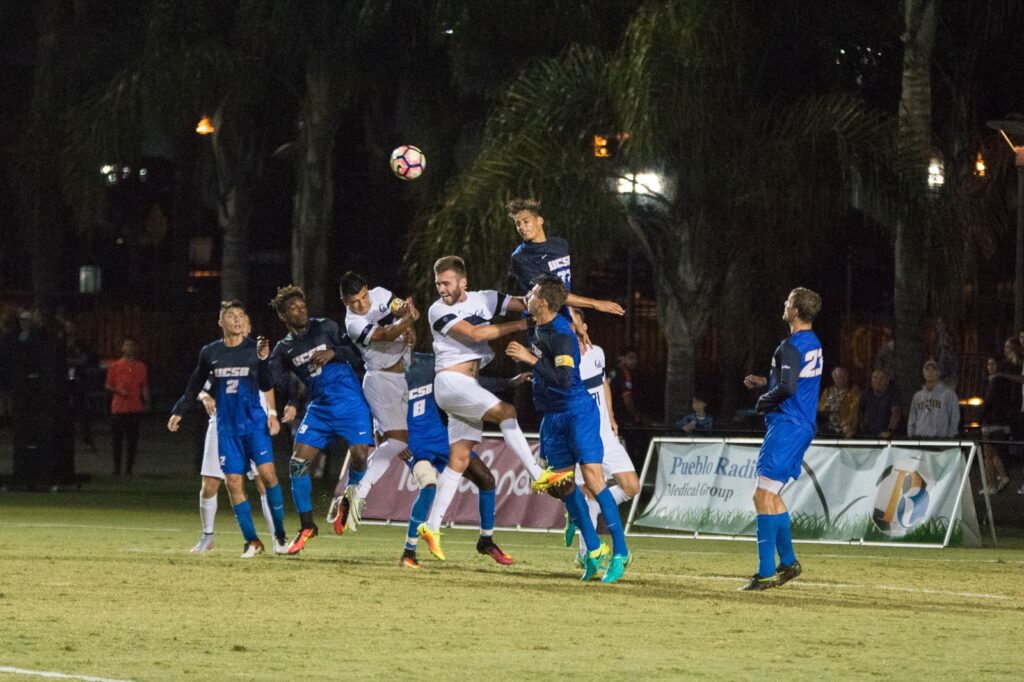 With Vom Steeg bringing in some of the most sought after prospects from the U.S. and abroad — along with his history of giving young talents early chances in their college career — the last two recruiting classes could set up the program with some of its strongest-ever teams in the upcoming years.

Fabretti, who played for the San Jose Earthquakes Academy for three years, tallying 46 goals and 32 assists, is proving to be one of the development program’s most promising prospects. Fontes played two seasons with the San Juan Academy before moving to the Sac Republic Academy, helping his team qualify for the youth playoffs in its inaugural season.

Vom Steeg has raving reviews of both players, “anticipating that [Fabretti] will be able to contribute assists and goals even as a freshman,” and also believes that Fontes “will really take off when he enters [UCSB’s] program” due to his excellent composure and knowledge of the game.

In addition to Sac Republic FC product, the Gauchos’ head coach focused heavily on bolstering the team’s defensive depth, adding another four defenders and a goalkeeper. Incoming freshmen Kavian Kashani, a center back, and Rhys Pak, a right back, both played for two of the top academies in California, the Orange County SC and the De Anza Force Academy, respectively. Vom Steeg said he believes both players can become two of the program’s best defenders.

Goalkeeper Ricardo Montoy will be transferring from Taft College as an incoming junior to bring more competition to the position after allowing just 16 goals in 24 games last season, including 14 clean sheets and a Conference Goalkeeper of the Year award.

The final California-recruited defender is Giovanny Acosta — who won three national championships with local Santa Barbara Soccer Club, most recently in 2016 —  will likely deputize for last year’s starting left back Randy Mendoza, a senior next season.

Acosta’s club teammate, forward Rodney Michael, will also make the transition to UCSB; the creative forward scored 62 high school goals and won a CIF title within three years of moving to the U.S. from Sierra Leone, as well as being named to the U-18 National Championships Best-XI when he starred in SBSC’s winning run.

Midfielder Hanno Antoni of Mannheim, Germany is one of two international recruits of the Gauchos’ 2017 class. Antoni is a transfer from Berry College, where he was named to the Division II First Team All-American team last season after leading his league with 13 goals and four assists. By recruiting Antoni, Vom Steeg is expecting to add goals and experience to a midfield already dominated by Big West Midfielder of the Year Kevin Feucht.

Antoni is joined by international recruit 17-year-old Pablo Adrian Adames, who is coming to play for UCSB from Santutxu FC Juvenil B in his hometown of Bilbao, Spain. While in Spain, the center back played in the National League, the country’s second-best youth league.

Much like center back/defensive mid-Daniel Amo, a freshman last season, Adames seems like a defender who will fit into the attacking-minded style the Gauchos prefer.

After watching five freshmen — Noah Billingsley, Daniel Amo, Titouan Le Roux, Lamar Batista and Mateo Restrepo Mejia — all cement their rightful spots in Vom Steeg’s rotation last season, it’s fair to expect the same from this year’s class, which appears to feature an equally impressive level of quality. Hopefully, they will build up the program for the future, as the veteran head coach has made a habit of in his 18-year UCSB career.

A version of this article appeared on page 7 of February 9th, 2017’s print edition of the Daily Nexus.