The Daily Nexus
News
Christina Lim Remembered as ‘Everyone’s Friend’
February 9, 2017 at 12:18 am by Supriya Yelimeli

Christina Lim, a fourth-year UC Santa Barbara student, died Monday after succumbing to injuries from a car crash in Orange County. She was 21 years old. 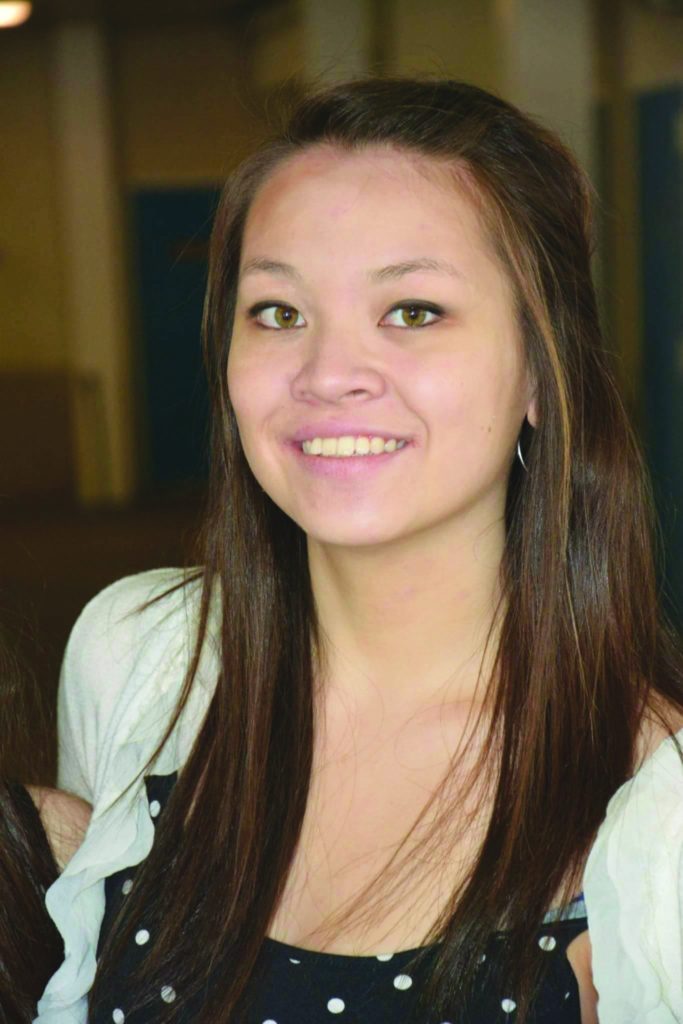 Lim, originally from Northridge, began studying computer engineering at UCSB in 2013. She formed a tight circle of friends while she was at UCSB, infecting acquaintances with her positivity and open mindedness.

“She was always smiling,” Rod Gomez, a fourth-year environmental science major who met Lim when they were second-year students, said.

While juggling a full course load in the engineering department, Lim managed a job at Curvature, paid her own bills and was always open to adventure. At Curvature, coworkers were impressed by her work ethic, and Lim had plans to continue working in Santa Barbara after graduating in June.

Lim loved melodic dubstep beats and electronic dance music, especially the producer Seven Lions. She tried her hand at DJing for fun, friends said, and she was an avid supporter of her friend’s musical pursuits.

Raghav Thirumulu, Lim’s housemate and close friend, said she had an impressive talent for video games, beating her friends at games she had just picked up. She also entertained an obsession with several television shows, including “Westworld,” “Black Mirror” and “The Walking Dead.”

“She just gave off this energy that made your day so much easier,” Ming Guo, who also lived with Lim, said.

Evelyn Choi met Lim during her first year, and soon considered her a best friend and a sister. The first night they met in Anacapa Residence Hall, the two fell asleep while talking and studying in the lounge. A custodial worker woke them up several hours later, and “From then on, I knew she was going to be someone really important in my life,” Choi said.

Over four years, Choi became accustomed to Lim’s quirks — including her keen interest in World War II. Lim had posters of “Band of Brothers” and “The Pacific” throughout her room, and she considered the era one of the rawest moments in human emotion.

Lim was also given a few goofy nicknames: “Chrispitos,” named after crispy taquitos, and “Christinith,” referencing the movie “The Other Guys.”

Landon Peik, a fourth-year mechanical engineering major, met Lim for the first time at Hard Summer music festival. He remembers Choi leaning on Lim’s shoulder for the duration of a set by Porter Robinson, enjoying her friends’ company with their favorite music.

College was a transformational time for Lim, her friends said, and she was always happy to go on hiking trips, to music festivals and spend time with people. She made her friends feel comfortable, while always challenging them with new ideas.

Armando Muñoz, one of Lim’s housemates, described her as “one of the guys.”

“You could talk to her about anything, at any time,” he said. “She was always down to listen and give advice. She could take it and dish it better than most guys.”

Lim was extremely humble about her intelligence through years of hard work, friends said, and she never complained, even on her first 13-mile hike through the Sequoia Woods.

Chris Tuch, a UCSB alumnus, met Lim as a resident assistant in Anacapa Residence Hall. The two were close, often staying up for hours watching Netflix shows, talking and playing Nintendo 64 games.
“She was a homie,” he said.

The group of friends this week received an outpouring of support from neighbors, friends and students who crossed paths with Lim. Thirumulu created a donation page Monday in her honor which quickly exceeded the target goal of $5,000, raising over $8,139 in two days.

Friends will hold a memorial in Lim’s honor this weekend, playing her favorite music to celebrate her life. Anyone who is interested in attending can contact Thirumulu at rrthirumulu@gmail.com. Lim’s family will also arrange a funeral ceremony later this month.

A version of this story appeared on p.4 of the Thursday, Feb. 9, edition of the Daily Nexus.