The Daily Nexus
Nexustentialism
It's satire, stupid.
Isla Vista Cops Conflicted Over Encouraging Messages in Local Graffiti
February 7, 2017 at 4:20 am by Isaac Mikulski 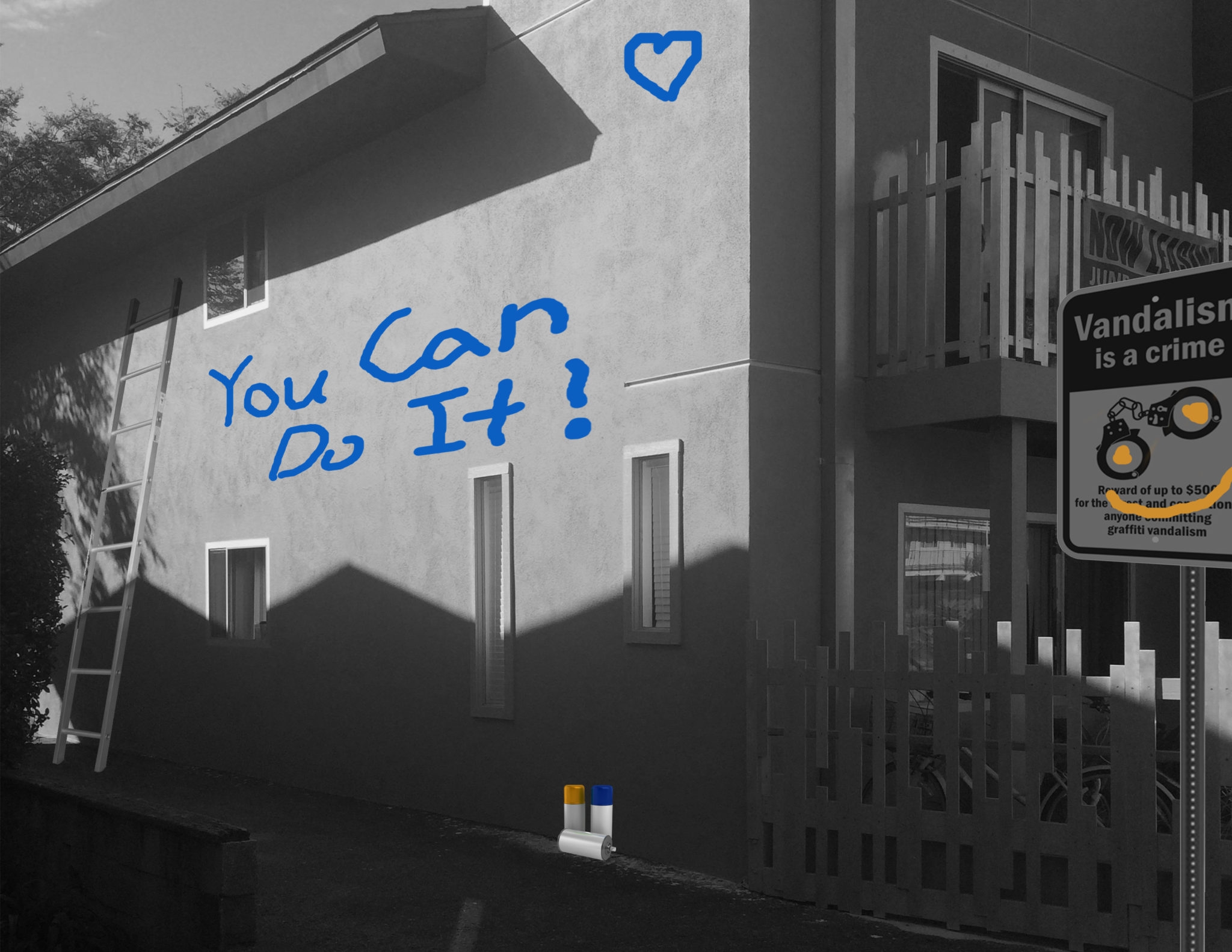 Local police have been perplexed by 35 recent instances of “encouraging” graffiti in Isla Vista and at UCSB. Phrases such as “You can do it” and “Tomorrow will be better” have been spray-painted in locations such as the bathroom near Chem 1179 and inside an Amazon Locker cubby.

The uplifting messages don’t stop there. One student reported seeing the message “If you’re feeling low, just remember that you don’t have to pay off your student loans yet!” in a UCen bathroom. “I was having a really terrible day,” the student remarked, “and that graffiti reminded me that it’s not so bad yet.”

Despite the friendly nature of the graffiti, the chief of police regards it as vandalism and has thus ordered a heavy investigation of the matter. Authorities are unsure if the many acts of defacement were carried out by an individual or a group of sinister vandals and are awaiting results from DNA tests of samples found at the sites. These very expensive tests will hopefully shed some light on the situation.

While local police have been ordered to seek the vandals and punish them, some officers disagree with this order. While the “encouraging graffiti” may give the location an initially unsavory appearance, it is quickly combated by the genial nature of the messages.

“Listen, the chief told us to investigate this ‘graffiti’ and I’m all for finding the guy — but only because I want to shake his hand and pat him on the back,” local policeman Jeff Lewis said.

Still, other policemen have sided with their chief, maintaining that vandalism is vandalism, an evil which must be stopped at all costs. Several officers were recently seen shaking their heads in disapproval while investigating the message “Have a great day!” which was found spray-painted in Pardall Tunnel.

Reportedly, students biking to class who rode into the tunnel frowning came out the other side with big smiles on their faces. Some were stopped and reprimanded by investigating officers. “One pulled me over and said, ‘You think this is funny? You disgust me,’” second-year chemical engineering major Mel Waters said. Officers later closed Pardall Tunnel altogether so that criminals punished with community service could regretfully remove the graffiti from sight.

The so-called vandal (or vandals) is being called “a true hero” by their peers. “Not everyone can contribute to the good of society with large monetary donations, like philanthropist Bill Gates, or bless everybody with uplifting songs or speeches,” fourth-year Jeb Johnson said. Despite growing dissent among local police, the search for the creator of “the masterful graffiti” continues with I.V. police accepting any tips at this time.

Isaac Mikulski is a second-year English major who reads, among other things, the writing on the wall.

I mean, the reality is they are defacing public and private property. Hope the people behind this can find a better way to broadcast their message, signs or posters maybe?

just not a good one