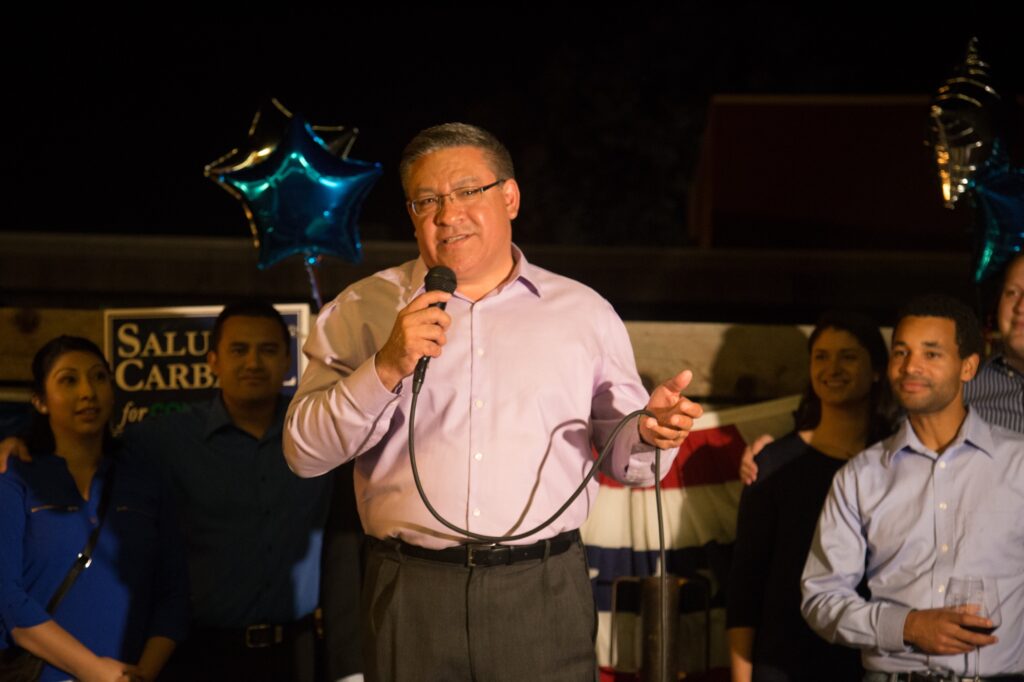 Congressman Salud Carbajal has co-sponsored a bill that would defund President Donald Trump’s immigration ban, adding his name to a list of California legislators taking action against the executive order.

“Our country’s safety and national security is paramount,” Carbajal stated in a press release on Monday. “President Trump’s overly broad executive order only serves to fuel anti-American sentiment and propaganda, putting our national security at risk.”

According to the press release, Carbajal believes the executive order “demonstrates dangerous and irresponsible leadership” because it “developed hastily” and was not thoroughly discussed with national security agencies.

Tess Whittlesey, communications director for Congressman Carbajal, said the Senate majority is refusing to bring the bill to the floor for consideration because Republicans, including Speaker of the House Paul Ryan, are in favor of the president’s order.

However, Whittlesey said it is “important to be a strong advocate” for immigrant communities, even if the bill does not move forward.

“He’s here fighting for Central Coast values no matter what the odds are of legislation getting picked up,” Whittlesey said. “It’s what he believes in, and he’s going to keep fighting for those values here in Washington.”

State Senator Hannah-Beth Jackson, chair of the California Senate Judiciary Committee, said she admires Carbajal’s sponsorship of the bill and his condemnation of Trump’s “outrageous behavior.”

“Our system of government has checks and balances, and I think it’s critically important that the Congress, which is one of those checks and balances, does, in fact, do its job,” Jackson said. “I appreciate Congressman Carbajal … and I believe every congressmember willing to follow the Constitution and their oath of office should be doing the same.”

The California Senate Judiciary Committee passed Senate Resolution 16 on Monday, which condemns Trump’s ban as a “discriminatory overreach” and urges the president to revoke the executive order. The resolution also asked the Department of Homeland Security to allow immigrant detainees access to legal counsel “as quickly as feasible.”

Additionally, the committee met Tuesday to discuss three bills that would provide legal assistance for immigrants facing deportation, outlaw local law enforcement from investigating someone based on immigration status and prohibit state agencies from disclosing a person’s religious affiliation to the federal government.

Jackson said constituents have expressed concern to her about their safety, as some have been “terrorized by people who have been emboldened by [Trump’s] intolerance.”

“The best way to deal with this would be to educate people,” Jackson said. “I don’t think that people are inherently unkind to each other. We need to teach and talk with each other and recognize the importance of kindness and compassion.”

According to Whittlesey, the state Senate’s work to limit the power of the executive order in California, along with Carbajal’s support in Congress, foreshadows how California will respond in the future to contentious presidential orders.

“I think we’re going to see California reacting to a lot of Trump’s policies going forward,” Whittlesey said. “We’re definitely going to be a face of resistance during the administration.”