The No. 8 ranked UCSB women’s water polo team edged No. 21 Wagner in a gutsy performance but fell to the host No. 5 Arizona State in its first trip away from home in the Arizona State Invitational.

With the thrilling 11-10 victory over Wagner and the 4-8 defeat to Arizona State, UCSB is now 5-3 overall for the season. 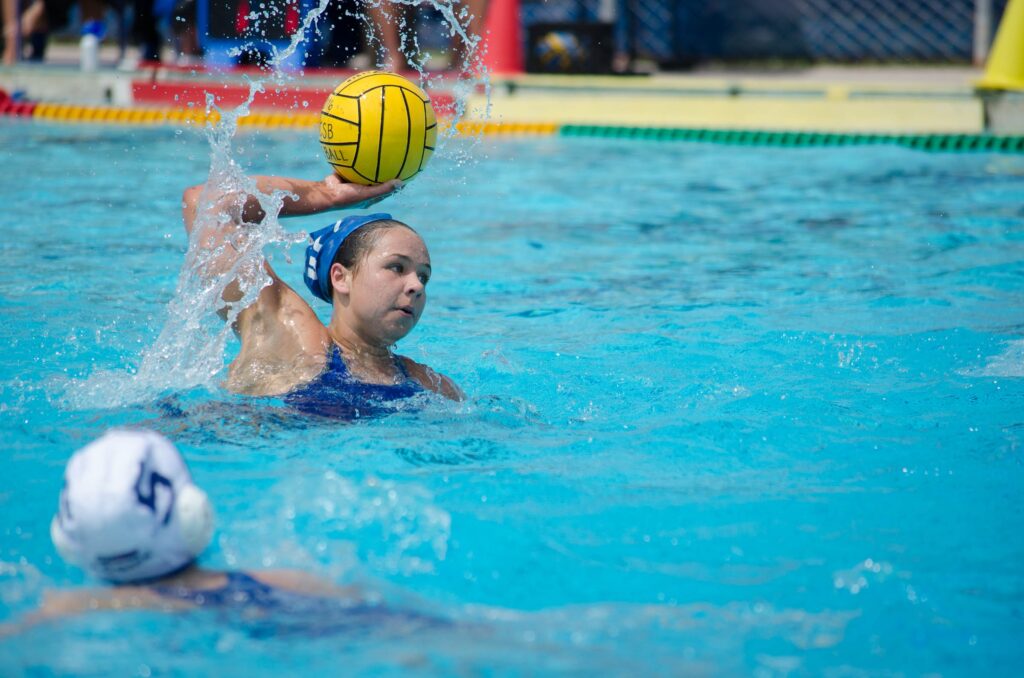 After a slow start from both sides, Wagner began the scoring in Saturday’s contest with a goal from Kimberley Watson in the Seahawks first game of the season. Senior defender Sophie Trabucco answered with counter attack goal to even the score at 1-1 for Santa Barbara.

Wagner closed out the first quarter scoring two more goals including a power play goal from the opening goal scorer Watson with just 18 seconds remaining in the quarter.

The second quarter of play was filled with goals. The Gauchos matched their season high for goals in a quarter with six as they outscored the Seahawks 6-3 in the second quarter.

Over a minute into the second quarter, senior utility Taylor Shore threw in her first goal of the day to bring the Gauchos within one. Watson responded by netting her hat trick to bring the lead back to two goals for Wagner.

UCSB then went on a 3-0 scoring run to take their first lead of the afternoon at 5-4. Redshirt freshman attacker Shannon Moran began the scoring run followed by goals from Shore and freshman utility Sarah Snyder who continued her tremendous goal scoring run.

Snyder finished the game with four goals which adds to her team high total of 15 goals on the season. The freshman also contributed with two assists this game and is the only gaucho to score in every game up to this point.

Wagner added two more goals to their total as they took the lead once again, but UCSB returned the favor with two goals scored by Snyder and freshman attacker Natalie Selin ending the half on top 7-6.

“Wagner came out battling and I give them a lot of credit,” UCSB Head Coach Serela Kay said. “They never backed down the whole game.”

It took over half of the third quarter to get the first goal of the half. After that Seahawks equalizer, the Gauchos finished the quarter off with two goals in quick succession.

Santa Barbara extended their unanswered goal scoring streak to four when they scored the first two goals of the fourth quarter. At this point the Gauchos had a cushioned 11-7 advantage with just 5:35 to go.

After conceding three straight goals, including two over the final 1:29, the Gauchos held on for what turned out to be a nail-biting victory in the end.

“I think it was a little out of control on our defensive end and even offensively just taking care of the ball,” Kay said. “We found a way to win, we found a way to hold on.”

Aside from some mistakes in this game, the defense was solid yet again just like it has been all year for the Gauchos. They have only allowed over eight goals in two games this season. If you exclude the blowout loss to USC, the Gauchos have only conceded about 6.7 goal per game.

The freshman goalkeeper Kenzi Snyder, who had nine saves versus Wagner, has been a big part of the defensive success.

“Kenzi Snyder holds down the cage for us and she has a high game IQ,” Kay said. “She has not only a physical presence but also a presence vocally in the cage and I think that makes a big difference for us.”

Next up were the hosts Arizona State who came into the meeting with a 2-0 record having won their first two games of the Invitational.

The Sun Devils began the scoring at the 5:02 mark in the first quarter. In the ensuing possession, Shore assisted Selin for her second goal of the weekend to even the score at 1-1.

Two minutes into the second period, freshman utility Kate Coski chalked up her fourth score of the season. At 2-1 this turned out to be the first and only lead for the Gauchos in this one.

The hosts levelled 15 seconds later and then took the lead with under two minutes remaining in the half.

As the half was winding down, Trabucco equalized with her first of two goals in the game. The half came to an end all even at 3-3 in Tempe, Ariz.

“I was happy about the way that we competed right from the start,” Kay said. “Anytime you you’re playing a team 1-1 in the first quarter and then 3-3 at half that says that you’re playing solid defense and both teams are battling.”

ASU turned it on the third quarter with four goals while not conceding any at the other end of the pool. UCSB was even with Arizona State in every quarter except the third which ended up costing them the game.

“We made some poor choices offensively that led to goals for them that set up their offense,” Kay said. “We’re young and the season is early so it’s important at this point that we learn from that third quarter. I think it’s important when things get a little out of our control that we learn to be resilient.”

The final score was 8-4 as ASU finished off their undefeated weekend. Santa Barbara ended the invitational splitting their two games in Tempe.

Kay was very pleased with what this young team was able to do on their first road trip against a couple of strong sides. However, with the youth comes some natural obstacles to get around.

“We need to focus on the details,” Kay said. “We need to realize that it’s the little things that make big things happen.”

After a short break, UCSB will continue their season at the Triton Invitational in San Diego on February 11th.