The UCSB men’s basketball team will host Cal State Northridge this Wednesday in the hopes of turning around its two-game losing streak along with the hope of ascending within the conference standings.

At 3-14 overall and 1-4 in conference, the Gauchos are in desperate need of a win, while the Matadors stand at 7-12, 3-3 and are hoping to end their three-game losing slump. 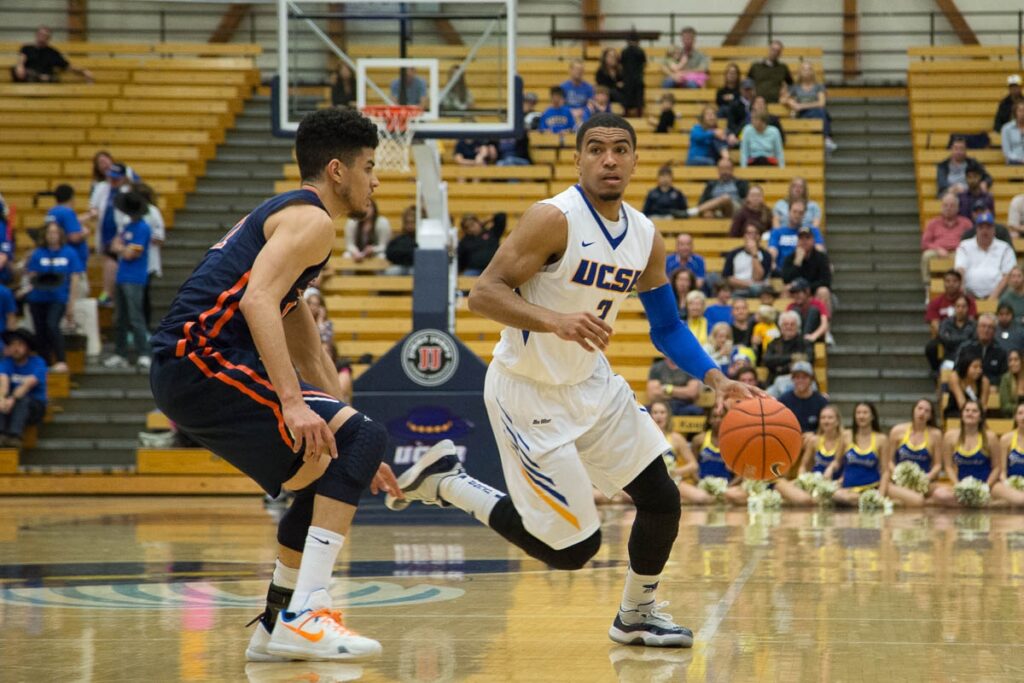 With the fewest games won this season, UCSB sits at eighth in the Big West while CSUN currently is tied with Long Beach State for fourth. So far this season, the Matadors are averaging a conference-leading 78.5 points per game, a whopping 14.6 points higher than the Gauchos’ league-worst average of 63.9.

Last season, the Gauchos swept the season series against the Matadors, winning by an average margin of 14 points in both matchups. But judging by the current conference standings, CSUN’s team is going to be a tougher challenge.

Since the start of Big West play, senior guard Kendall Smith is the conference’s leading scorer, averaging 19 points per game. Overall, he ranks second with a 16.5 PPG average.

Following closely behind his fellow starter in PPG average is junior forward Tavrion Dawson at 14.1 per contest. The 6’8” power player scored 14 points on UCSB last year and is currently the top rebounder on the team, averaging 5.8 boards per game and grabbed a career-high of 14 boards against the University of Bethesda this season.

A well-rounded player from the CSUN bench to watch for is redshirt sophomore forward Rakim Lubin. He averages 5.5 rebounds per game, just behind Dawson’s 5.8 average, and has a field goal percentage of .533. In each of his last two games he has fouled out after getting the maximum five fouls, but he has still managed to score 13 of the 29 bench points against the number one team in the Big West, UC Irvine.

The Matadors will not be an easy matchup for the Gauchos, especially since the CSUN field goal and three point field goal percentages are both respectively over nine percent better than those of UCSB. Finishing plays to completion has been one problem for the Gauchos this year that has yet to be fully resolved.

Although junior forward Jalen Canty and sophomore forward Ami Lakoju remain unable to play, it seems that the Gauchos have found a solid starting line-up.

In their most recent game, junior guard Gabe Vincent was able to score 18 points alongside junior forward Alex Hart’s 10; unfortunately, the Gauchos’ shooting ability was no match for UC Riverside’s starting lineup. With four out of five starters scoring in double figures, UCSB could not keep up.

Redshirt sophomore center Tyler Jackson has made his first appearance in a UCSB game this past weekend. Jackson redshirted his first year and has been unable to play this season due to an injury, but he definitely made waves in his 11 minutes of playing time on Saturday. Standing at 7’2”, his height is necessary under the basket since two Gaucho bigs are not currently able to play.

Although it may seem late in the season, the Gauchos are slowly finding their rhythm. In their most recent game every player — starting and from the bench — put points on the board except for one. A younger team with a new playing style is no easy feat for Head Coach Bob Williams, and the team’s skills will be put to the test again as they face the Matadors.

Santa Barbara hosts Cal State Northridge in a conference match at 7 p.m. tonight, Jan. 25, at the Thunderdome. Live updates will be provided on our twitter @thenexus_sports.