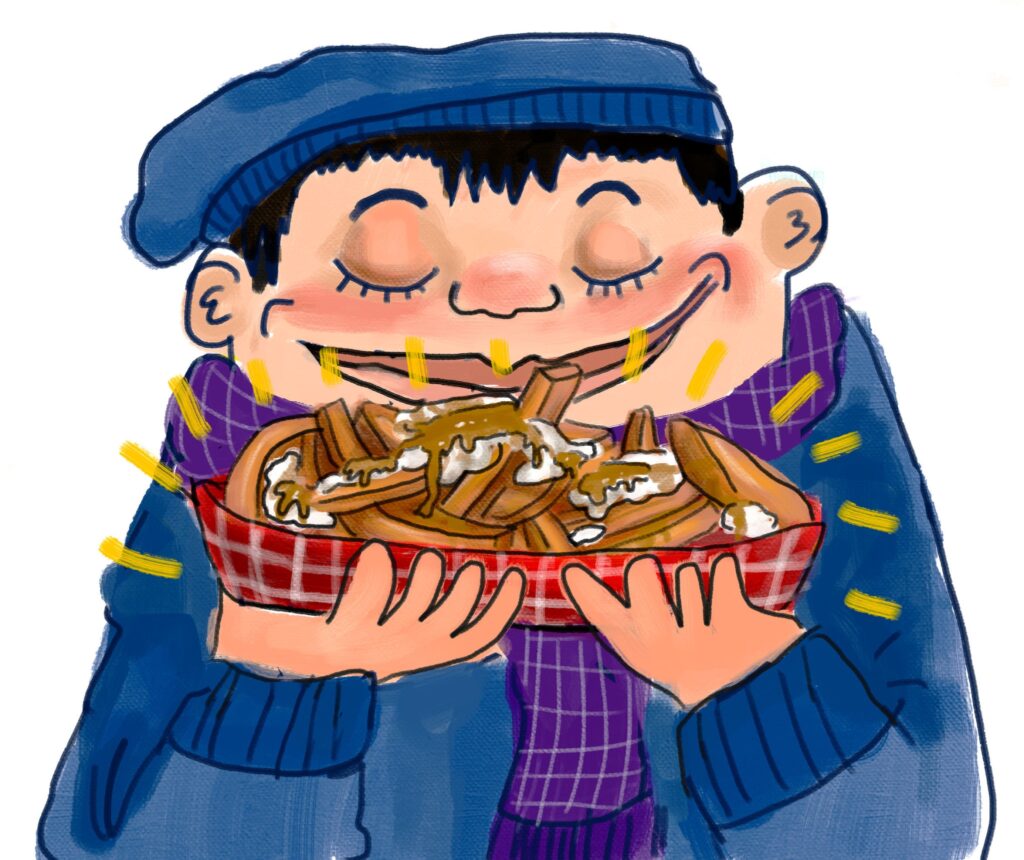 It was about two weeks into winter break when I found myself in sub-10-degree weather in the icy, northern city of Toronto. I waddled down an icy street with my cousins and convinced myself that it was nice to experience actual seasons for once. Although I physically felt quite the opposite, I tried to focus on the positive so I could take my mind off of the biting cold.

After walking from the train stop for 15 minutes, we finally arrived at Toronto’s Christmas market. I was relieved to have made it there in one piece, however, I refrained from rubbing my nose in case it fell off from the cold. I entered the lighted gates of the market and found myself lost in a whole new world. Everywhere I looked was filled with holiday spirit, from booths selling hot cocoa to toy shops, brick buildings with snow packed on the rooftop and chimneys piping out smoke from the fireplaces inside. This was more than a holiday market; it had everything to constitute as a Christmas Town if Santa Claus was the mayor and shop owners were elves! I fed off the warmth that the market radiated and beamed with joy.

As any typical tourist would do, I began taking pictures of the ornaments strung overhead and lights that led to the center of the market where a Christmas tree stood. The spruce tree towered over everything in the market and was elegantly dressed up in twinkling lights. Looking in more carefully, I found that it became home to several nests of birds for the winter. My camera swiveled from the tree to an antique shop, then it zoomed in on a guy bundled up like an Eskimo selling maple syrup. I refocused the lenses and aimed it at a stand next to the Eskimo-looking guy. I was not able to make out what he sold, but looking through the shoulders of people in line, I saw some French fries and cheese. I put my camera away and walked toward the booth to see what people were in line for. I peered over and the sign read “Poutine.”

Poutine, hmm, interesting. Must be the Canadian way of saying cheesy fries, I thought to myself. But the smell it gave off forced me to wait in line.

“Um, I would like a poutine please. Yes, yes the original will do,” I replied.

I stood in front of the booth and watched her prepare my bowl of fries, only to learn that it was more than just fries. After scooping the fries into my bowl, she plopped a handful of cheese curds on there, ultimately melting them with steamy gravy that was soaked on top. Holding a hot bowl of poutine under the decorated spruce, in a Christmas Market, in the land up north where I was freezing my face off, it was nothing but a true blessing. The godsend combination of everything I had and felt at that moment made me understand why people would live anywhere other than California. Ten minutes later, when the poutine was gone and the wind began to pick up again, I knew that I could only experience actual seasons every so often. It’s safe to say I will only return for the poutine and beautiful winter scenery — from inside.