The 2016-17 NHL season has been the year of the win streak. Minnesota, Philadelphia, and Columbus have all ridden win streaks of 10+ games throughout the season to stay in contention or even pull away form the pack. With the All-Star break just a few weeks away, these win streaks have given us a good idea of who the contenders and pretenders are heading into the break. 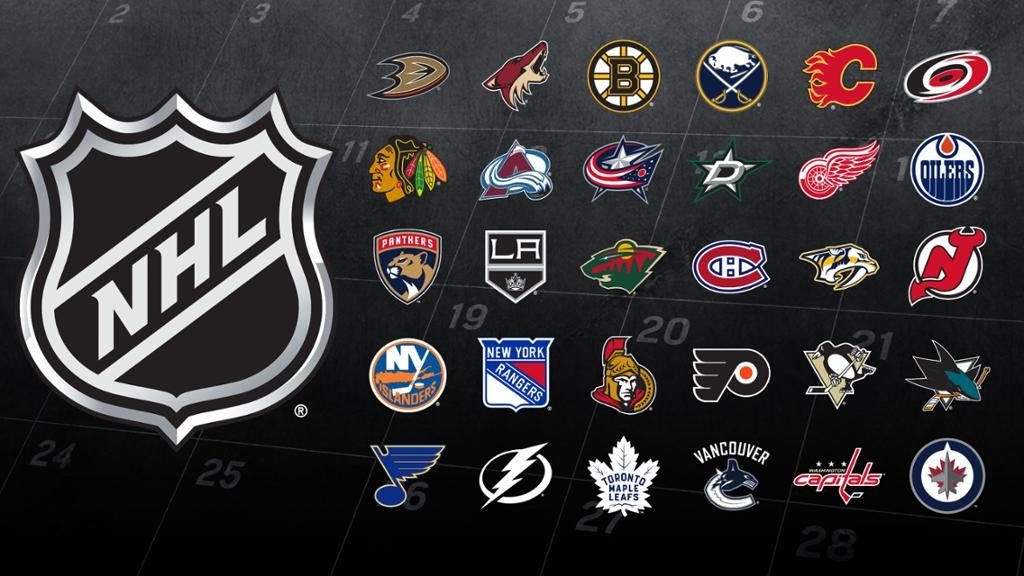 Surprise teams like Minnesota and Columbus look like they have potential to make some serious noise in the postseason, while other teams like Calgary and Ottawa will be happy to make the playoffs, even with an early exit.

While there have been some pleasant surprises this season, there have also been an equal amount of disappointments. What happened to the Islanders and Avalanche? Two teams that have been playoff contenders over the past few seasons have both looked abysmal this season and will need to take a serious look at their rebuilding efforts down the stretch of the season. With that said, let’s see who is on the rise and who continues to fall in this week’s Power Rankings:

1. Washington Capitals (+3) (29-9-6)- So much for this team being “the most dominant wild card team” as I dubbed them earlier in the week. Washington had won 9 in a row to move into first in the Metropolitan before losing an overtime thriller to Pittsburg on Monday. Alex Ovechkin continues to shatter records as his first period goal on Wednesday marked 1,000 points for his career, the first person in Capitals history to reach that mark.

2. Minnesota Wild (+3) (28-10-5)- Who had Minnesota leading the Western Conference in points with just a week to go before the All-Star break? If you say you did, you’re lying. The Wild have gone a ridiculous 17-2-1 over their last 20 games and scored 15 goals in their three wins this week. Look out for Bruce Boudreau’s bunch down the stretch if they keep this up.

3. Columbus Blue Jackets (-1) (30-9-4)- Columbus has continued to struggle since their historic win streak, including losing two of three this week. The Blue Jackets only win this week was over a depleted Lightning team and the losses to Carolina and Florida are concerning.

4. Pittsburg Penguins (-3) (27-11-5)- Pittsburg drops from the top spot this week as they lost three in a row before their 8-7 overtime defeat of the Capitals. That game was one of the craziest you’ll ever see as 9 goals were scored in the second period alone, Evegeni Malkin had a second-period hat-trick and Washington allowed 8 goals after only letting in 5 TOTAL goals against since January 3rd.

5. Montreal Canadiens (-2) (27-12-6)- An up and down week for Montreal raised some concerns as the Canadiens allowed 16 goals over their four games this week. Montreal still holds a commanding lead in the Atlantic Division and has some room for slippage as they try to right the ship.

6. Anaheim Ducks (+4) (25-13-9)-Anaheim makes a big move this week as they have registered at least a point in 11 of their past 12 games and have vaulted into first place in the Pacific Division. A huge concern has to be the overtime record of the Ducks. Anaheim is 1-8 when games go to overtime, which could hurt them greatly down the stretch if the Pacific Division stays as tight as it is.

7. Edmonton Oilers (+2) (24-15-7)- How about the play of Patrick Maroon this season? The big winger’s previous career high in goals was 11. He already has 18 this season and has been an integral part of the Oiler’s power play all season long.

8. New York Rangers (-2) (28-16-1)- New York founds themselves on the outside looking in of the Metropolitan Division, but maintain a comfortable wild card lead if they can’t claw their way back. Keep your eye on Michael Grabner. The veteran winger leads the Rangers with 19 goals and will be a huge factor down the stretch for New York.

9. Chicago Blackhawks (-2) (28-14-5)- Chicago is stuck in an interesting spot. They continue to lose ground on the Wild for the top spot in the Central Division; however, they have a handy lead over St. Louis for second place. The loss to the Wild on Sunday was a bad loss and they will need to get healthy at the All-Star break to have any chance to win the division.

10. San Jose Sharks (-3) (26-16-2)- San Jose drops a few spots for slipping to third in the Pacific Division; however, they remain just three points behind the Ducks with two games in hand. With a goal differential of +15 the argument can still be made that San Jose is the best in the West.

11. St. Louis Blues (0) (23-17-5)- St. Louis doesn’t move this week, but another bad week and they will drop considerably. They are not a real threat to the Blackhawks or Wild at the moment and if Nashville can improve their play, the Blues will be a serious threat to miss the playoffs altogether.

12. Carolina Hurricanes (+12) (21-16-7) – Carolina is easily the biggest winner in this weeks power rankings. The Hurricanes have won 4 of their last 5 games, scoring 21 goals in that time. Over their last 16 home games the Hurricanes are 14-1-1, which has helped propel them to within one point of the Flyers with two games in hand.

13. Toronto Maple Leafs (-1) (21-13-8)- Toronto last won the Stanley Cup in 1967. Will this be the year they win it? Probably not; however, the Maple Leafs have jumped into third place in the Atlantic Division and remain hot on the Bruins heels.

14. Los Angeles Kings (-1) (22-18-4)- Los Angeles is clinging for dear life to the final playoff spot with Nashville hot on their heels. Bad news for Kings fans? Los Angeles is 8-11-3 on the road and is about to begin a critical 5 game road trip.

15. Boston Bruins (0) (23-19-5)- Boston remains second in the Atlantic Division, but it probably will not stay that way for long. Toronto and Ottawa both find themselves 3 points back of Boston with 6 (!!) games in hand. The Bruins are not fooling anyone this year and need to generate wins within their division if they hope to

16. Calgary Flames  (24-20-3)- Calgary has remained one of the leagues best surprises, but will need to stay.consistent if they want to reach the postseason. The Western Conference currently has 4 different teams within 4 points of playoff position and without consistency down the stretch the Flames will be in serious trouble.

17. Florida Panthers (20-18-8)- Florida should schedule all of their games against the Blue Jackets and they would be atop the Atlantic right now. The Panthers are 2-0-0 against Columbus this season, unfortunately, they have had many other opponents and have not fared well this season. Even amidst a rough patch, Jaromir Jagr remains on milestone watch as he is 5 points away from reaching 1,900 for his career. No one will match Wayne Gretzky’s all-time points record for quite some time, but what Jagr is doing at his age deserves some serious recognition.

18. Ottawa Senators (23-15-4)- Keep in mind that goaltender Mike Condon has started 18 consecutive games for the Senators. He wasn’t even on their opening day roster. Thoughts and prayers are with Craig Anderson as he spends time with his ailing wife, but for the Senators, they need some depth at goaltender as soon as possible in order to right the ship.

19. Philadelphia Flyers  (22-18-6)- The goaltending continues to be a glaring weakness. Philadelphia has one win in their last five games and has given up an astounding 21 goals over that stretch. No team in the league with that kind of goals against average.

20. Nashville Predators (20-17-7)-Nashville is not where they envisioned themselves before the season started; however, with three straight wins and a loaded roster there is hope for the Predators. PK Subban will need to get healthy in order for this team to make the playoffs; however, they seem to be finding their stride at the right time and could be in playoff position as early as next week.

21. Tampa Bay Lightning (21-20-5)- Tampa Bay is seeing their season slip away in front of their own eyes. With 2 wins in their last 3 games, the Lightning will need to continue to win games if they have any shot at reaching the postseason.

22. Vancouver Canucks (21-19-6)- Vancouver has been one of the strangest clubs all season as they went from red hot to start the season, to mediocre and now they seem to be finding their form all over again. The Canucks are 6-2-3 in their last 11 games and are two points back of a wild-card berth even with a -19 goal differential.

23. Dallas Stars (19-19-8)- Last week I mentioned how Dallas’ resiliency would be tested over the next two weeks with their heavy schedule. They weathered the storm this week going 2-2-0, but they’ll need to better then .500 if they want to make it to the postseason.

24. New Jersey Devils (19-18-9)-Good news: The Devils went 2-0-1 this week. Bad news: They did so in the most New Jersey way imaginable. Corey Schneider has done everything he can to keep this team relevant, sporting a 1.74 goals-against-average and a .940 save percentage over 7 starts in the month of January.

25. Winnipeg Jets (20-23-4)- Winnipeg continues to struggle mightily without rookie sensation Patrick Laine; however, they remain within striking distance of a playoff berth. The Jets will need to see increased production from guys like Blake Wheeler and Dustin Byfuglien in Laine;s absence if they want to hang around in the race for the wild card.

26. Detroit Red Wings (19-19-6)- The Red Wings managed to go 2-0-1 against three of the top ten teams in the NHL (Blackhawks, Canadiens, Penguins) this week, but managed to lose handily to the Stars. Detroit has shown signs of life, but will need to avoid losing to bad teams if they have any hope of climbing from the bottom of the Eastern Conference standings.

27. Buffalo Sabres (17-18-9)- Buffalo has the feel of one of those teams who gives problems to the playoff contenders down the stretch. They aren’t ready for the playoffs just yet, but the Sabres wear you out every night and have a nice mix of youth and experience. The goaltending needs to be addressed in the offseason and neither Robin Lehner or Anders Nilsson are the long-term answer for the club.

28. New York Islanders (17-17-8)- Head Coach Jack Capuano was finally relieved of his coaching duties today. It was only a matter of time as Capuano was unable to maximize the Islander’s potential and looked destined to miss a postseason berth this season. Barring a second half surge, it might be too late for New York to turn their season around.

29. Arizona Coyotes (13-24-6) – Arizona and Colorado will be battling all season for the bottom spot. Coyotes captain Shane Doan announced this week that he would be willing to leave the desert if traded to a contender. Doan has played his entire 20 year career with the Coyotes organization and has shown tremendous loyalty to a franchise that was never able to surround him with the right pieces.

30. Colorado Avalanche (13-28-1) – You know that feeling when you know something bad is going to happen, but you have to watch anyways in case it turns out to be amazing? That has been the Avalanche all season. With world-class skill players like Nathan MacKinnon and Matt Duchene, there is reason for hope; however, this squad was suppose to make progress not regress like they have.