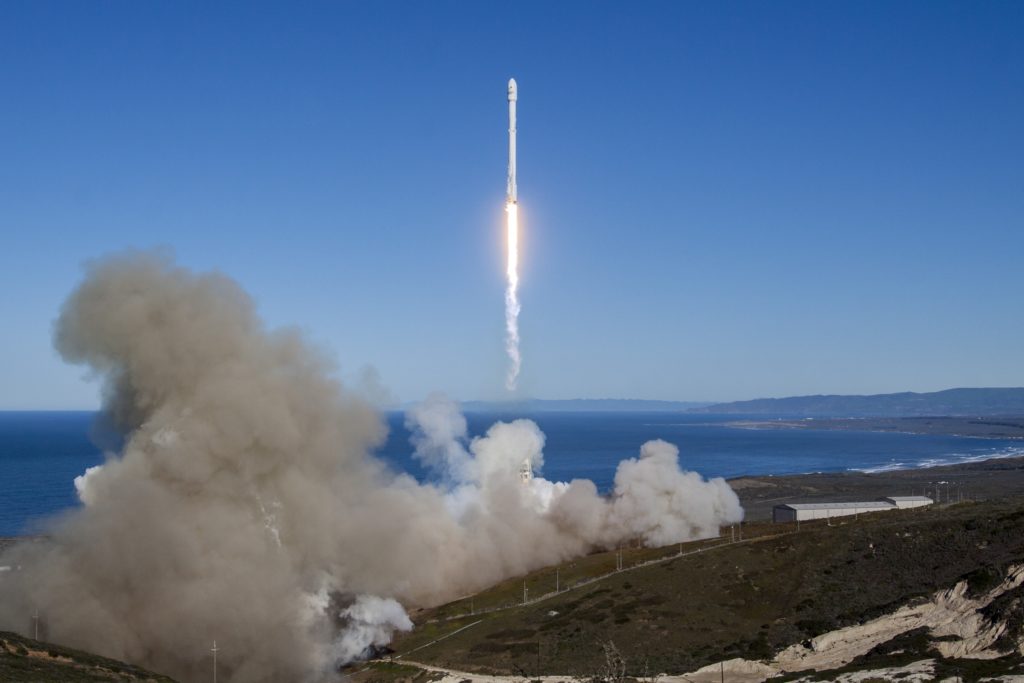 Standing approximately 229 feet tall, the nine-engine rocket soared into a cloudless blue sky at 9:54 a.m., following weather delays due to heavy rains in the Central Coast this week and an on-pad explosion during a scheduled test on Sep.1 at Cape Canaveral Air Force Station.

The launch was the first of seven planned to commence over the next 18 months as Iridium Communications Inc. replaces their existing network of satellites spanning the globe. Once complete, the program will have replaced the entire Iridium satellite constellation, a feat Iridium describes as the largest “tech upgrade” in history.

Billionaire entrepreneur Elon Musk founded SpaceX in 2002, and six years later it became the first privately funded company to put a payload in Earth orbit. SpaceX Communications Director John Taylor said he couldn’t disclose the SpaceX CEO and founder’s location. He said, however, that either Musk or SpaceX Chief Operating Officer Gwynne Shotwell are always on site in the launch control center.

Whether on location or not, Musk was certainly monitoring the start of the program which SpaceX first embarked on eight years ago, evident by his Twitter feed throughout the launch procedures.

At 11:05 a.m. he posted “Mission looks good. Started deploying the 10 Iridium satellites. Rocket is stable on the droneship,” and later retweeted a photo of the Falcon 9 rocket safely docked on the “Just Read the Instructions” droneship stationed in the Pacific Ocean. 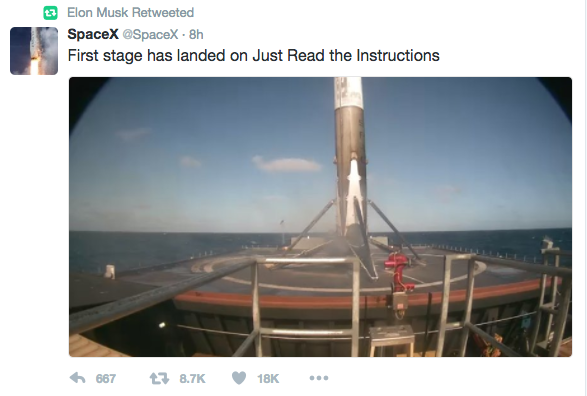 The satellites were delivered into a “temporary parking orbit” at 625 km to be tested by Iridium in the weeks to come. After testing is complete the satellites will move into operational orbit at 780 km and begin providing service to Iridium customers, according toDiane Hockenberry, SpaceX director of corporate communications and public relations .

“They move the new satellite up beside the old satellite and basically we have cross links that allow you to read telemetry,” Hockenberry said. “So they turn those cross links on so they’re reading the connection to the other satellites and they become the operational satellites as they turn the old ones off. Then they lower them and eventually deorbit them.”

The second Iridium NEXT launch is set to be scheduled after the first ten satellites’ on-orbit testing is complete in April, with the entire network estimated to be complete by mid-2018. 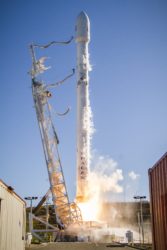 The city of Lompoc sent Blaisdell a letter in September saying the California Space Center LLC had failed to submit all required information on her behalf. As a result, Blaisdell now has her sights on alternate locations.

Though the center will not be located in Lompoc, Blaisdell is currently working with students at Antioch University and plans to fund an entrepreneurship project at Lompoc High School.

Blaisdell claims the center would have a $3 billion economic impact over 10 years and create 3,000 jobs in construction, aerospace, technology, media and education, the Noozhawk reported in February. Plans for the center include an IMAX theater, hotel, restaurant, convention hall and more.

As Blaisdell described it, the center would combine the entrepreneurial spirit of Silicon Valley with the creativity of Hollywood to establish a campus revolving around space exploration entertainment.

Hey guys , you write about me here, incorrect so we will Twitter responses but since we talked for the while on the bus , I am really surprised with you rehashing old incorrect story from some guy who never even me, never tried to interview me and was scared to meet with my PR , IBM or Sony . so I am pointing out your incorrect statements or partial or biased and also some good stuff. You are students , so it matters . First good. Yes. I create, sponsor and finance students initiatives in media, VR, entrepreneruship ,… Read more »