The Daily Nexus
Sign of the Times
The Trump Presidency Survival Guide
January 10, 2017 at 5:00 am by Neda Mazdisnian 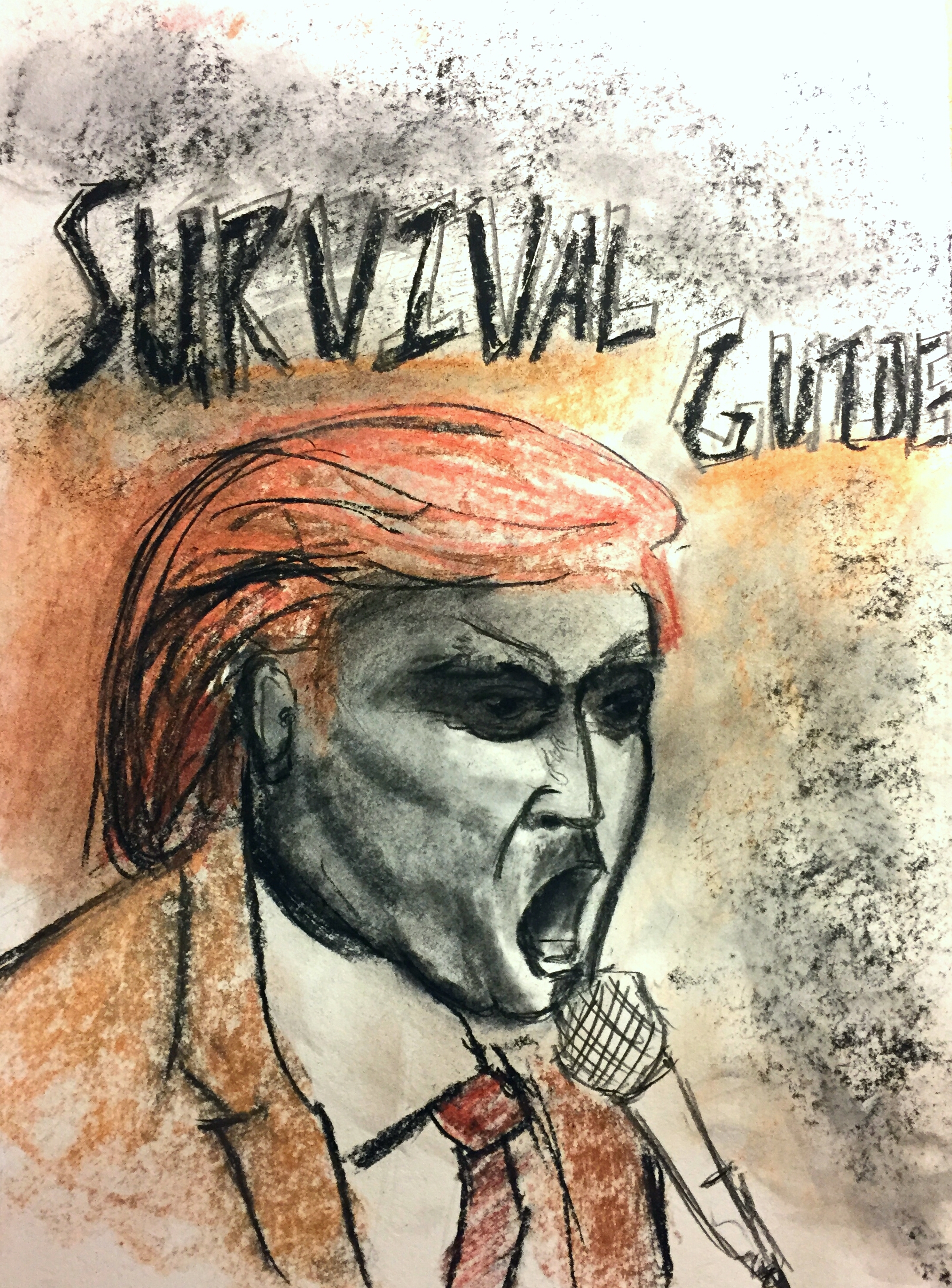 As we prepare to say goodbye to President Barack Obama, we begin to welcome a new president, one unlike any other. He’s unique, oddly shaped and expressive. Enraged easily, quieted rarely and outspoken constantly. He’s a surprising mix of business entrepreneurship and zero political experience. So mark your calendars for Jan. 20, shut your doors and hide your wives because Donald J.  Trump is stepping into office.

In my opinion, this win was not some sickening twist of fate. It was not because of the third party presidential candidates. It might not even, symbolically at least, really be about Donald Trump. It’s about the systemic sexism and racism still deeply entrenched within the society we live in. It’s that refusal to change, to be accepting of difference that led to Trump’s victory and Clinton’s defeat. We say America is a “diverse melting pot,” but it’s really just simmering, separated ingredients in a pot we still, to this very day, refuse to stir together. The results of this election just proved the United States of America is not ready for that glass ceiling to shatter.

Someone once told me “Organize, don’t mourn.” Don’t mourn the loss of what could have been. Don’t mourn what Hillary Clinton could have done or what she could have symbolized. Instead, prepare for what’s coming: The Trump Presidency.  In order to aid in this transition, I have created a Survival Guide, one I hope will provide you with the necessary tools to minimize this monumental change:

Hopefully, this survival guide will help you cope with the Trump Presidency. It’s a presidency full of confusion and shock. It’s a combination of sweet and sour feelings, blended into a bittersweet aftertaste that some will embrace and others will shirk away from. Donald Trump looks to be the most entertaining and crass president yet. So perhaps consider that fact as a positive rather than a negative. I think the world needs a little bit of laughter right about now, and the president-elect will likely provide a sense of comic relief throughout his term, in addition to his questionable policies.

Thus, I urge you not to give up on this nation. Donald Trump shouldn’t keep us down. We should learn from this outcome, pick ourselves back up and next time we’ll make the right choice. Hillary Clinton’s name is going down in history as we speak; she started a burning flame Trump can’t blow out no matter how hard he tries.

Neda Mazdisnian will always be with her and the Donald Trump Presidency can’t change that.

YOU LOST GET OVER IT

Anonymous
Reply to  YOU LOST GET OVER IT

Level of intellect one expects from a Trumpian. Did this take you a week to compose?

Schmuck. Stay on yahoo comments — more like “minded” folk. the Nexus posts should be comprehensible a post 2nd grade discourse.

YOU LOST GET OVER IT
Reply to  Anonymous

But if we had a moron filter, this writer wouldn’t have been able to publish this wonderful article

Anonymous
Reply to  YOU LOST GET OVER IT

Perhaps yes; perhaps no. I certainly do not take your opinion as relevant given your clear relevance to a moron filter’s “capture” mechanism.

One thing about which we can be cerain, however, is that your comment would have been banished to “stupid space”.

Wasn’t Bernie the one who ignited people?

Yeah, too bad your Marxist pal Bernie didn’t win. He could have finished Obama’s fundamental transformation of America into Venezuela.

Hillary Clinton is a serial war criminal. No need to romanticize her.

This article is really a terrible way of approaching this catastrophe for American democracy. Complacency and institutions can’t save you. Moving on and looking ahead with blind hope is quite possibly one of the worst pieces of advice to rely on in the face of autocracy.