Hired by Red Bull Leipzig to guide the Bundesliga newcomers through their inaugural season in the top flight, Austrian manager Ralph Hasenhüttl has thrived far beyond expectations, almost to an unbelievable level, with the promising young squad sitting on 33 points through the first 13 fixtures. Taking over a promoted side and starting the season as cleanly as he has with the league leaders is always going to draw attention to Europe’s biggest clubs. 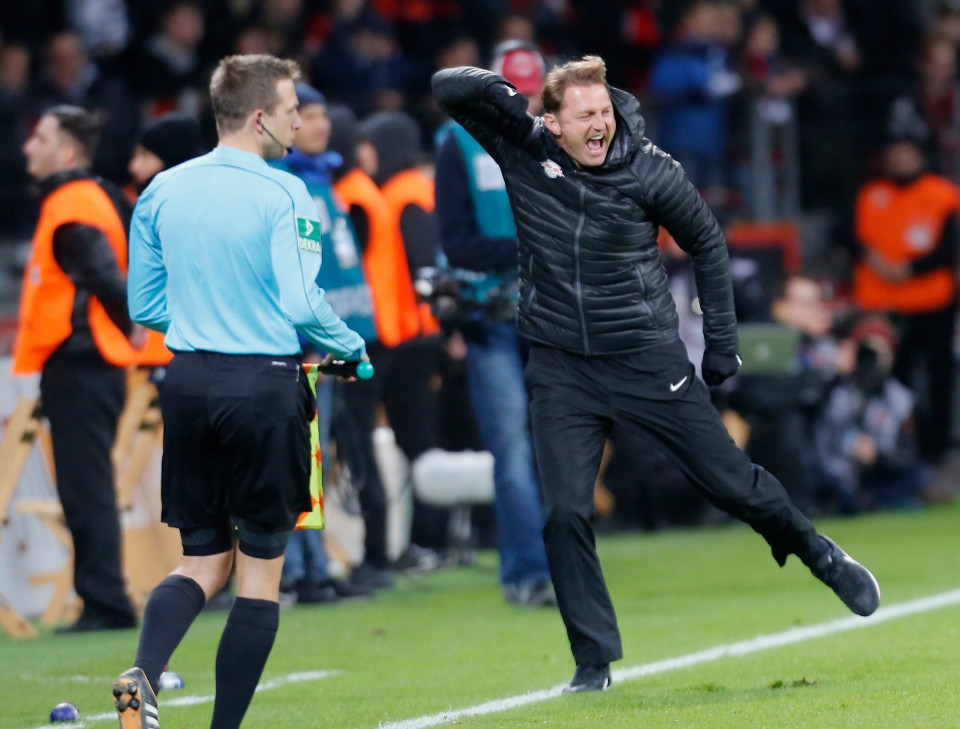 Among those happens to be Arsenal, the perennial fourth-place finishers of the Premier League, a team that is never in talks over a manager due to Arséne Wenger’s legendary 20-year stint in West London. As the 67-year old French boss approaches the end of his reign, an heir to the throne must possess a top-level understanding of the game if he is going to be able to survive the criticism of fervent Gooners.

Enter Hasenhüttl, who has proven in his young coaching career that he is a master of getting the best out of his most talented players, with several individuals thriving under the Bayern Munich coaching academy product. The Austrian — capped eight times as a player, scoring three goals — has immediately turned Swedish attacking midfielder Emil Forsberg into one of the most fearsome forward-thinking players in the league, carving up the opposition for five goals and a Bundesliga-best seven assists.

Forsberg made a name for himself at Malmö in the Allsvenskan, scoring 19 times in 57 appearances, before making the switch to RB Leipzig in the 2015 January transfer window for 3.7 million euros. His first season-and-a-half with the German side saw a dip in form, but after securing promotion and now with Hasenhüttl as his coach, the Swedish national team regular is playing the best football of his life. He tallied five assists and two goals in November, finishing second behind Dortmund’s Pierre-Emerick Aubameyang in the Player of the Month voting, per bundesliga.com.

Along with Forsberg, German striker Timo Werner is having a breakout season up top for Leipzig with eight goals in the opening 13 games. He will be hoping for a national team call-up in the upcoming months if his form keeps up. Anchoring the midfield is Naby Keïta, and the box-to-box Guinean has four goals in his first year after joining from sister club Red Bull Salzburg in the summer window.

The impact that the Austrian manager has on his teams is measurable, too. While at Ingolstadt, Hasenhüttl was able to secure promotion to the top division for the small club by winning two. Bundesliga on 64 points, with six points to spare on automatic promotion. In his first season with the big dogs, most notably Bayern and Dortmund, the Austrian led Ingolstadt to an 11th place finish on 40 points, worry-free of the feared relegation zone as well as earning the boss among the league’s four Manager of the Year finalists, next to Thomas Tuchel and Pep Guardiola.

A season later, and both Hasenhüttl and his former club’s fortunes have shifted drastically. Since the parties went separate ways, Ingolstadt is in deep trouble, with just six points from their first 12 games. RB Leipzig, however, in their maiden Bundesliga season, are undefeated with nine wins and three draws, miraculously three points ahead of Munich at the top of the table.

Meanwhile Arsenal, who have been in fine form early on in the Premier League season, are being forced to search for a Wenger replacement. Rumors whirl about his retirement, which is becoming increasingly likely in the next year or two as one of the most graceful managers in football will soon end his historic career in fitting fashion.

The attractiveness of the Arsenal job is unfathomable, as it’s a post that was never in serious question as long as the Frenchman was in charge. For a bright, young manager like Hasenhüttl, 49 years old, to take over a squad with stars like Alexis Sanchez, Mesut Özil and Laurent Koscielny is an opportunity that is impossible to turn down.

The end of his response to the Premier League links, however, shows that the Leipzig manager knows very well that people are starting to recognize and admire his body of work. “I have heard of worse fates than succeeding the longest-serving manager in England. It’s not damaging my reputation, is it?”

Hasenhüttl is fully aware how the impressive feat of leading the Bundesliga with a six-year-old club like Red Bull Leipzig is, and on his current trajectory, the Austrian will certainly end up at one of Europe’s top clubs in the not-so-distant future.

Arsenal, a program that will have to face a major transition period, is eyeing the Red Bull coach as a potential replacement. Iit would serve them well to line things up over a possible contract with Hasenhüttl in the near future if Wenger is, in fact, walking away at the end of the season. As the successor, he would do Wenger the deserved justice in trusting the club to a worthy manager and the pressing, attack-minded futbol that has Leipzig second in the Bundesliga in goals wouldn’t bother Arsenal fans one bit.

The Austrian manager has publicly spoken on his style of gegenpressing, and his sides play with a style extremely similar to that of Jurgen Klopp’s Liverpool. In fact, Hasenhüttl recently recalled in a press conference that he once watched one of Klopp’s Dortmund training sessions from the hill above the grounds in his mountain biking gear, not to turn any heads.

Despite his relative anonymity, the Leipzig coach is starting to be noticed, and Arsenal would be hard-pressed to find a more qualified candidate. Being unknown isn’t necessarily a negative, and Gunners fans should know best, as they handed the keys to the kingdom to a young Wenger, a budding mind of the game at AS Monaco, sporting wiry glasses and a black suit, who gave them 20-plus years of total football and made West London the home for creative and exhilarating play in the Premier League.