Andrea Young, a condensed matter physicist at UC Santa Barbara, has been awarded with a 2016 Packard Fellowship for Science and Engineering.

Young is one of this year’s 18 most promising early career recipients — and one of six UC faculty members — selected from 50 top national universities by the David and Lucile Packard Foundation. The prestigious award will provide him with a grant of $875,000 over five years to pursue his innovative research. 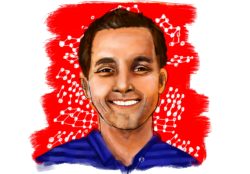 “It’s great. It’s a fair amount of money for research and that money is very unrestricted so you actually can do with it whatever you want within research,” Young said.

Established in 1988, the Fellowships’ program bestows some of the country’s largest nongovernmental grants. First evaluated by the Packard Fellowships Advisory Panel consisting of 12 internationally recognized scientists and engineers, candidates are then recommended for approval by the Packard Foundation Board of Trustees. Recipients have gone on to attain additional significant honors and awards, such as the Nobel Prize in Physics, MacArthur Fellowships, elections to the National Academies and the Fields Medal.

An assistant professor in the UCSB Department of Physics, Young studies van der Waals heterostructures, which are synthesized at the nanoscale by taking apart materials, such as graphene, and then stacking these single-atom-thick layers to fabricate different materials. Specifically, Young and his lab use van der Waals heterostructures as a platform to attempt to understand the states of matter — particularly electronic states — that can be realized in fewer than three dimensions, as the laws of physics differ in one dimension or two dimensions. 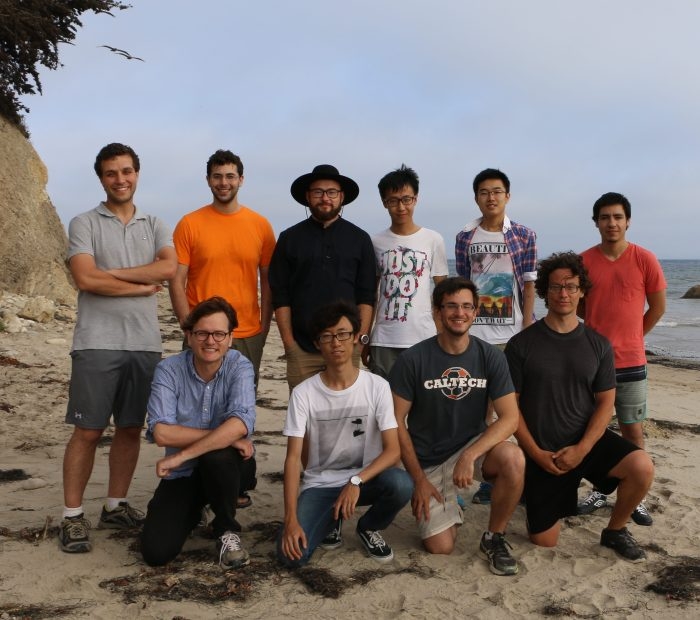 Young’s research group’s goal is to combine innovative nanofabrication and electronic measurement techniques in order to investigate the properties of electronic states in quantum materials. Currently, they are interested in the interplay between symmetry, topology and correlations in low dimensional electronic state. / Courtesy of afylab.com

Through a simple analogy, Young describes this concept as attending a party in a long, singular hallway.

Depending on the number of dimensions, the results will lead to a very different kind of collective behavior of electrons in the states of matter.

“A fair amount of what we do is spent building those measurement electronics or making sure that, in fact, the machine that’s supposed to bring these devices and help us measure them at very low temperatures and high magnetic fields is working,” Young said. “And then [we are] understanding the electrical signals that come out of them and trying to understand how that fits in with what we thought was going on theoretically.”

According to Young, his work involves both applied and theoretical physics. While he and his team execute physical experiments, many ideas with which they engage are on the forefront of what scientists are undertaking to grasp theoretically.

“One of the great benefits of condensed matter physics is that there’s a chance that if one of those things [we study] turns out to be useful, it could make something useful — in the same way transistors came about … Even though that wasn’t necessarily obvious at the beginning or the original intention [of studying them].”

Because Packard Fellowships are designed to allow maximum flexibility in how the funding is used, Packard Fellows have the freedom to take risks and explore new frontiers in their area of study. Granting nearly a million dollars over a five-year span, the Packard Fellowship could certainly contribute to servicing Young’s research in making such a groundbreaking discovery.

“You can only get it once so you can take a risk and if it doesn’t work out, that’s okay,” Young said. “It’s going to let us take some risks on things that we might not otherwise do, and that’s pretty fun because you can sort of go big or go home.”