The Daily Nexus
Nexustentialism
It's satire, stupid.
Obama Barricades Self in Oval Office, Refuses to Let 45th President In
November 19, 2016 at 1:19 pm by Ariana Marmolejo 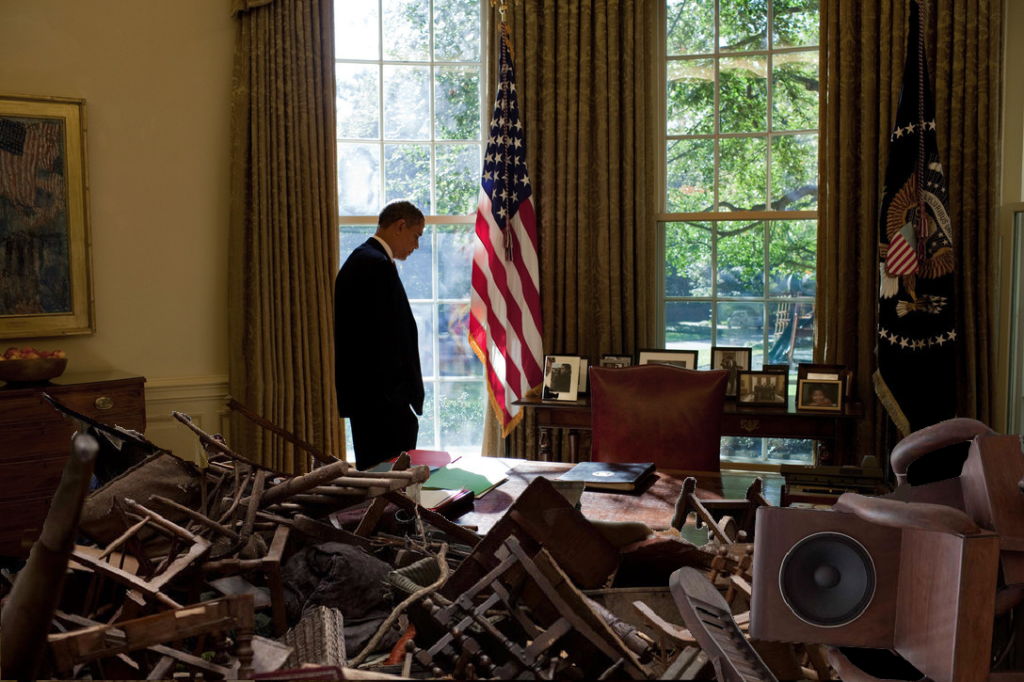 WASHINGTON D.C. – While no one is entirely sure quite what’s going on, it appears that Barack Obama has barricaded himself in the Oval Office along with his beloved dog, Bo. His cabinet has reported hearing furniture shuffling for hours, which is what is believed to be blocking the doors from opening, seemingly in homage to Les Misérables.

Shortly after meeting with President-elect Donald Trump and participating in a civil photo-op, a composed Obama immediately kicked everyone out, grabbed a pint of Cherry Garcia and then locked the doors. The encounter with Trump is believed to be the catalyst of this emotional breakdown, as President Obama had still been in denial of Trump’s success prior to the meeting.

It was also reported that staff heard lone sobs coming from inside the room throughout the course of the night. “He won’t even let Michelle in,” White House intern Ashley Smith, reported. “We’re all devastated.”

Joe Biden was reportedly sitting on the other side of the doors trying to coax Obama into letting him in. “You’re going to have to let the next president in, Barack. It’s the rules,” Biden pleaded. “You could at least share your ice cream with me.”

The only thing heard was a muffled yet stubborn, “No.”

No other developments have been made, but Obama was last seen attempting to hang a white flag out of his window while repeatedly chanting “44, 44, 44.”