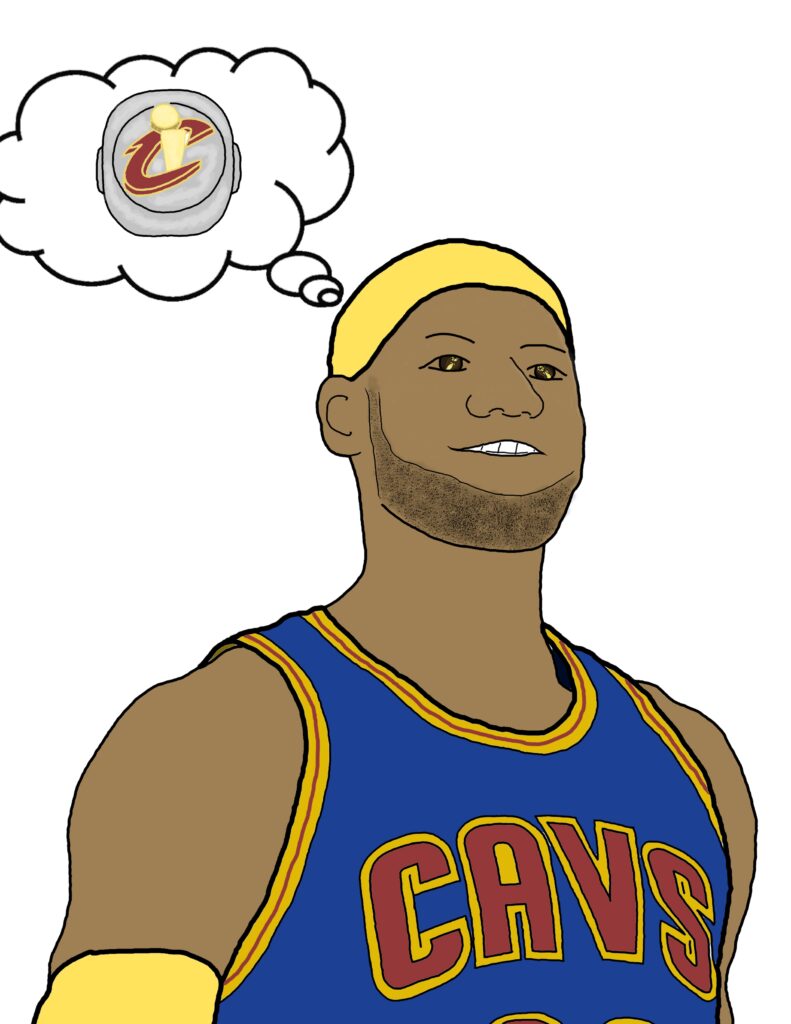 Despite having its undefeated start to the season end last Tuesday, along with a loss to the Indiana Pacers Wednesday night in which LeBron James sat out the second game of a back-to-back trip, the Cleveland Cavaliers remain the best team in the NBA thus far.

The mission to “Defend the Land” has been placed in full drive with the Cavs, who once again look like the clear favorite to represent the Eastern Conference in the NBA Finals come June.

The journey to repeat as NBA champions is no guarantee, but through 11 games — 10 of which have been against Eastern Conference opponents — the Cavs are 9-2. Most notably, they have defeated two of the East’s projected top contenders: the Toronto Raptors (twice this season) and the Boston Celtics.

Prior to its first defeat, the Cavs’ 6-0 start stands as the best team start in LeBron James’s career, having reached the 5-1 mark a total of three times in two consecutive seasons with Miami in 2012 and 2013 in addition to last season with the Cleveland Cavaliers.

The end result of each season that started 5-1? Three NBA championship titles.

It was the second-best start in franchise history, falling short of the 1976-77 Cavaliers’ 8-0 start.

Although records don’t tell all about a team, Cleveland’s current squad could be the best team that has ever surrounded James, who is currently in his 10th season with the franchise since returning in 2014.

Despite still being in his prime, at 31 years old James faces the reality of father time creeping up, considering the retirements of basketball legends Kobe Bryant, Tim Duncan and Kevin Garnett this past season and offseason.

Although the King’s dethronement isn’t expected anytime soon, having recently surpassed NBA Hall of Famer Hakeem Olajuwon for 10th place on the NBA’s all-time scoring list, the Cavaliers’ hometown superstar has about four to six years remaining in his career.

It is a time span that reinforces the same message since his return to Cleveland: Win now.

No one can predict what the Cavaliers will become post-LeBron, especially after the additions made in recent years, but it is likely the team will lose its value as a top contender. The immediate decline in wins from 2010-2014, occurring during James’s stint with the Heat, was more than enough evidence that it must build around their star player.

The first step toward rebuilding during those four seasons was the selection of Kyrie Irving with the No. 1 overall pick in the 2011 NBA Draft.

Entering the NBA with a foot injury and offset by other nagging injuries throughout his career, the most significant being his fractured kneecap in game one of the 2015 NBA Finals, Irving slightly became a forgotten cause as a player with the potential to be one of the league’s best point guards.

Despite Irving earning the 2011-12 Rookie of the Year award and being known for his ability to score, a lack of acknowledgment for his game still remained.

After LeBron James signed a five-year, $90 million contract extension during the 2014 offseason, his unexpected return that same year has worked in the favor of Irving ever since.

Playing in just 53 games last season after recovering from the previous year’s knee injury, Irving has excelled, proving his ability to take over on the game’s biggest stage in the NBA Finals.

Convincing many that he outplayed the two-time NBA MVP Steph Curry in the series, averaging 27.1 points per game and scoring the game-winning three-point dagger in his face to secure Cleveland’s first-ever title, Irving used the postseason to remind and prove to the world he is one of the league’s best point guards.

It was obvious then, and it is obvious now that without Irving the Cavaliers cannot win an NBA championship.

Whenever it seems like the Cavs are down and out on the brink of defeat, it is Irving who has stepped up as the team’s savior when even James wouldn’t be expected to prevail.

Although other players such as J.R. Smith, Iman Shumpert, Channing Frye, Kevin Love and more play pivotal roles in the Cavs’ success as well, the tandem of Irving and James has formulated a one-two punch that is capable of carrying Cleveland to future title victories.

The pairing of the two has helped reduce the pressures on James and provides Cleveland with an option to stay within winning games as the team’s leader rests.
For purposes of rest, James intentionally sat out for the first time this season in the Cavs’ game against the Pacers.

In addition to scoring the ball well, ranking third in the league in scoring at 109 PPG, Cleveland has remained consistent on defense, allowing 103.5 PPG. Despite the average, the Cavs have allowed 100-plus points in just six of their 11 games this season.

Although the Golden State Warriors, considered Cleveland’s rival as we anticipate a third-consecutive Finals meeting between the two, are a team capable of going back and forth in a shootout with any team, their occasional lapses on defense detract from their league-leading 117.3 PPG average.

Thus far, the Warriors are tied for allowing the seventh highest opponent PPG average at 109.3. In comparison to Cleveland’s six games, Golden State has allowed 100-plus points in nine of its 11 games.

It is true the Warriors are still adjusting to their addition of former NBA MVP Kevin Durant and the departures of primary role players Harrison Barnes and Andrew Bogut, but Golden State must find a way to resolve its inconsistencies, which mainly fall on it becoming smaller around the key and paint areas.

One can only hope another Cavs-Warriors championship matchup will take place. After leading in points, rebounds, assists, steals and blocks in the NBA Finals, if James and co. were able to defeat the self-embraced “Super Villains” of Golden State, he would achieve the ultimate victory that would earn him a nod in surpassing two of the game’s greatest in Michael Jordan and Kobe Bryant.

Much is still to occur throughout this season. There will be phases during which Cleveland will look like the best team or falter to its high expectations, preventing the prediction of the Cavs winning it all in 2016-17.

It’s a game-by-game process in which teams continue to develop, even in the case of the Cleveland Cavaliers heading into year three of James being back at the helm. Their “All In” mentality is a motto that persists in the championship-or-bust expectations that have become standard for fans such as ourselves to judge accordingly.

All stats are accurate as of Nov. 16.