Quantum computers aren’t for checking Facebook or logging into GauchoSpace. They rely on a branch of physics: quantum mechanics. For the average person to say this computer is “magic,” might not be too far off.

Classical computers keep improving every year. However, there will be an end to Moore’s Law, an observation made by Gordon Moore, Intel co-founder, in 1965. He stated that about every two years, the number of transistors in a dense integrated circuit will double. It is projected that transistors cannot be made past a certain point of either 7 nanometers (nm) which may be reached in 2020 or 5 nm in 2022.

“Classical computers have been improving exponentially, but that’s going to end. We need an alternative way,” Charles Neill, graduate student at UCSB, said. 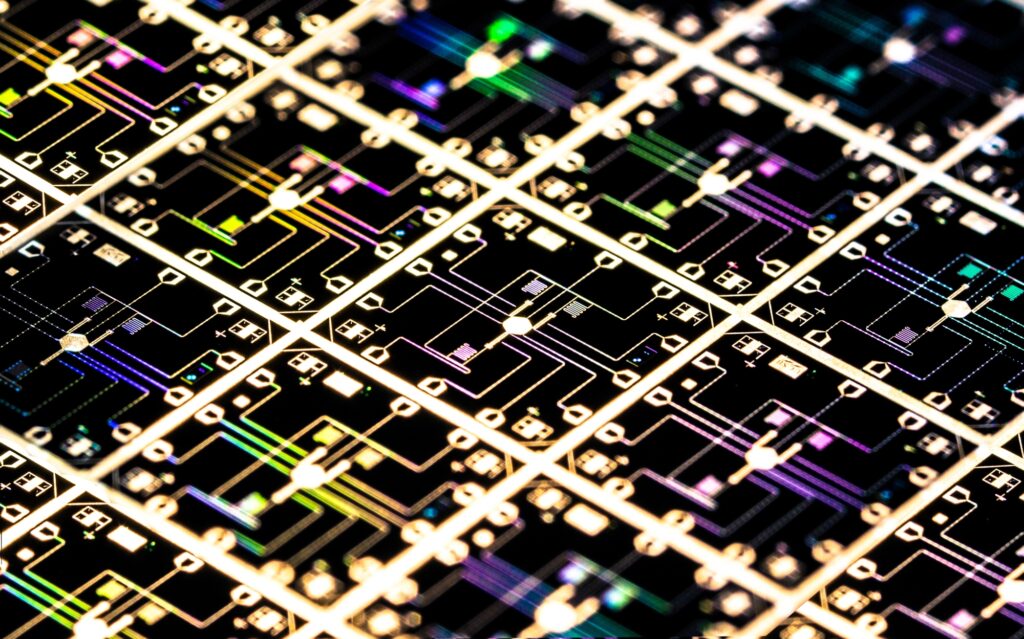 Above is a close-up of a computer chip that uses quantum physics that may have a profound impact on science and engineering. In their recent work, Roushan and his colleagues used one of these chips to create a magnetic field for photons and studied how photons behave in this synthetic magnetic field. / Courtesy of Martinis Lab

“This particular work is about controlling the system. You have a system: How do you get better and better in controlling the degrees of freedom?” Pedram Roushan, quantum electronic engineer at Google, Inc, said.

The quantum computer is built from a single qubit up so as to have control over the system, while maintaining precision. Why the need for more control? It grants researchers the ability to run more complex algorithms. Currently, there is a very tiny quantum computer by IBM, an American multinational technology company, with 5 qubits, performing simple computations.

Quantum bits or qubits are the basic unit in a quantum computer. For example, 50 quantum bits can something accomplish supercomputer could never even think of accomplishing. An interesting note is that 50 qubits is considered a small number.

With research quantum computing, every day in the Martinis lab is different. UCSB students and Google engineers work together to contribute. Some days, work in the clean room needs to be done, making the recipes or making cubic blocks. Time goes into designing the pattern and even cooling down the qubit chips to low temperatures. Neill says that work goes into controlling the software, making calibration routines, designing the experiments, and writing research papers.

“There are two kinds of applications: a specific one and the other one that will do just any computation. But, that is more harder criteria. ” Roushan said.