As the UC Kenneth S. Norris Rancho Marino Reserve’s resident director, Don Canestro is certainly not reserved about his affection for the 600 acres of largely undeveloped land that is both his workplace and his home.

Located in Cambria, the KSN Rancho Marino Reserve is the newest of seven reserves managed by UC Santa Barbara and one of the 39 reserves under the University of California Natural Reserve System (NRS). It is named after Kenneth S. Norris, a renowned conservationist and one of the three founding faculty members of the UC NRS, founded in 1965.

Rancho Marino contains a long history dating back to when indigenous people had occupied the land more than 5,000 years ago. It remained at the south end territory of the Salinan tribe and the north end of the Chumash tribe during the time of Spanish contact. After the mission period, it was transformed into a dairy farm from the mid-1800s until 1940, when the previous owners bought and turned the property into a cattle ranch, which it remained as until the late 1980s. Then, the present philanthropist owner set up an agreement with the university that allowed for its current usage as a UC-managed reserve beginning in 2001.

Don Canestro began working there that same year, and his passion for the reserve has not diminished since. 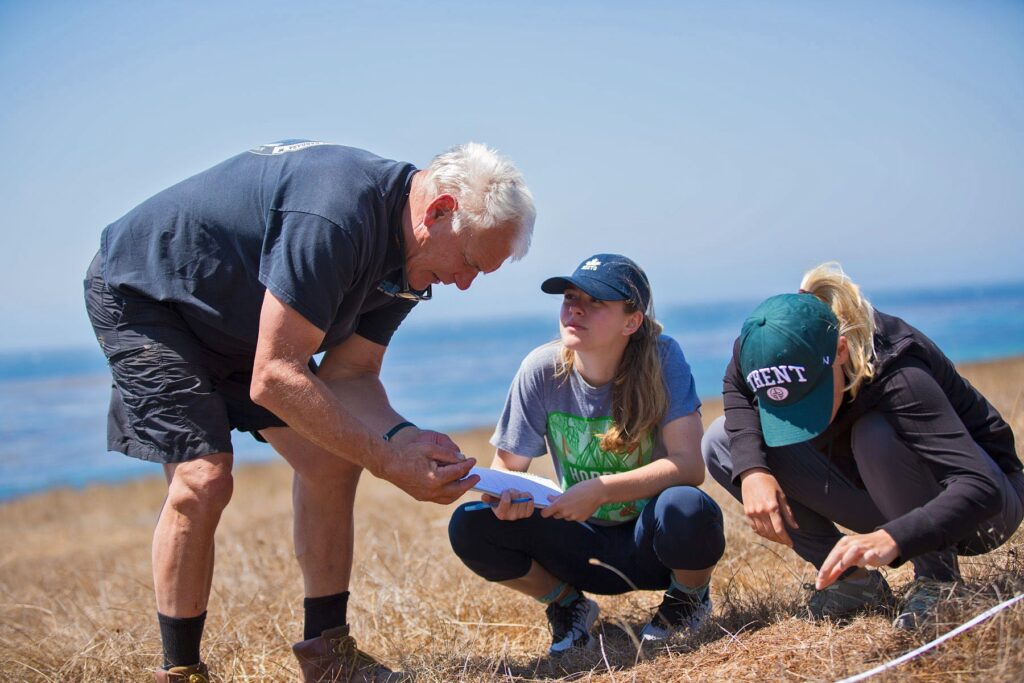 Shown above is Canestro discussing the landscape of Rancho Marino with two students. Part of Canestro’s job as the reserve’s sole full-time employ is to be knowledgeable about Rancho Marino’s environment in order to educate its visitors. / Courtesy of Don Canestro

“Everything from simple things like the germination of grasses each year and the fact that so much comes up and it grows so well, to watching sea lions or sea otters offshore hanging out during feedings, to watching birds of prey just flying overhead — everything’s pretty amazing to me,” Canestro said.

Because he serves as the reserve’s sole full-time employee, Canestro is constantly on the move. His job description ranges anywhere from cleaning outhouses to approving project proposals to diving offshore to collect data for research projects to giving natural history walks to visiting students.

“That’s the best part: There is no typical day. There’s so much to do, so the hardest part of my job is to prioritize things and decide what to do first, whether it’s fixing the leaky roof in the trailer or whether it’s getting back to a researcher and communicating data or information,” Canestro said.

With two miles of coastline, the site contains numerous diverse habitats including coastal terrace prairie — among the most diverse, yet threatened plant habitats on the continent — extensive rocky shoreline, coastal scrub and a 225-acre Monterey pine forest, one of only five native stands left in the world.

The reserve also boasts both terrestrial and marine species, with approximately 185 species of terrestrial plants — 107 of them being native — and more than 100 bird species. Offshore, sea otters and sea lions are readily visible, and sightings of dolphins, sharks and gray whales are not uncommon. A small sample of terrestrial animals includes mountain lions, bobcats, badgers, black-tailed weasels, red tail hawks, a bear and a bald eagle, spotted for the first time this year by Canestro. 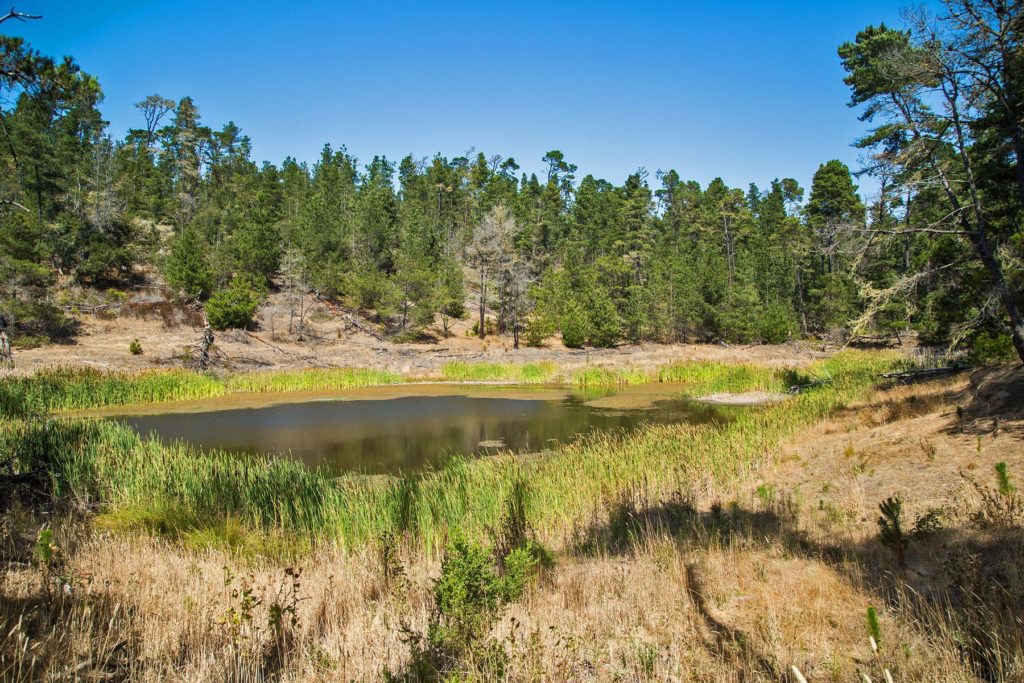 As part of the use agreement, the privately-owned reserve is limited to university-level research and education. The reserve is not restricted to academic pursuits just within the UCs, but is suitable for year-round use on a national, and even global, scale. Annually, up to 18 university classes visit Rancho Marino, and anywhere from 15 to 30 research projects take place there.

“We’ll have people stop by for one day just to collect samples for genetic stuff or to look at the biogeography, to people who spend a year and a half living here,” Canestro said.

From ectomycorrhizal fungi associated with the roots of the pine trees to Toxoplasma gondii affecting sea otter populations to growth of the Monterey pine trees, researchers originating from all over the country and the world study an extensive range of subjects offered by the reserve.

For many students, especially those who spend most of their time in the city, visiting the reserve can be a one-of-a-kind experience.

“It’s a first time camping type of thing for a lot of kids, so it’s pretty fun to watch their eyes light up when they see the reserve and see the natural systems,” Canestro said.

Coming to Rancho Marino allows students to witness all the things in person they have been studying and learning about from books, according to Canestro. “To actually see [these things] in real life and to be out in the environment, I think, will give them a much greater appreciation for what might be theoretical studies in a classroom. It’s brought to life and it allows them to get a better perspective on it all.”