The Daily Nexus
On the Menu
The Second Annual Ramenfest
November 10, 2016 at 12:50 am by Tiffany Velazquez 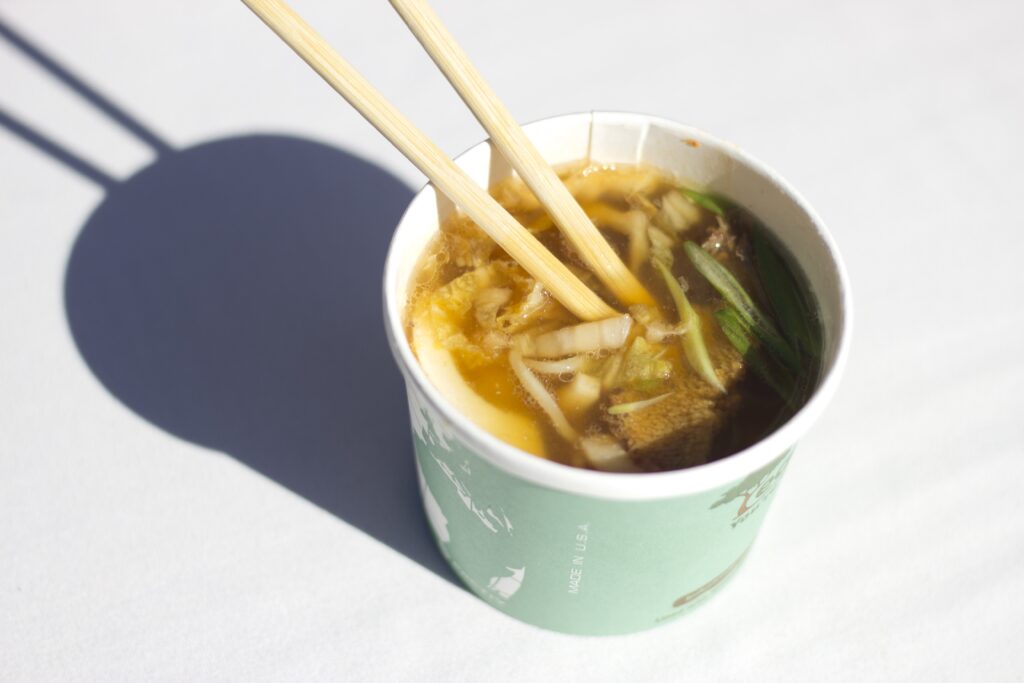 Located poolside at the Kimpton Goodland in Goleta, the Ramenfest gives you the feel of a rather classy VIP event. With a DJ and cocktail bar, you almost feel like the high-functioning adult your parents believe you to be.
Offering a variety of freshly prepared ramen for you to taste and vote on, Ramenfest will guarantee you a good time.

I chose to start off my ramen-tasting with the restaurant that had the home advantage, Outpost. The restaurant offered what was, in my opinion, a pretty colorful twist on the traditional ramen. Outpost’s ramen featured a crab salad, as opposed to the traditional pork belly, with a soy-marinated egg, fried garlic and corn salsa. However, what truly stood out was the watermelon radish used to garnish the top of it. It made for an interesting mix of flavors, and it being my first time trying ramen, I quite enjoyed it. 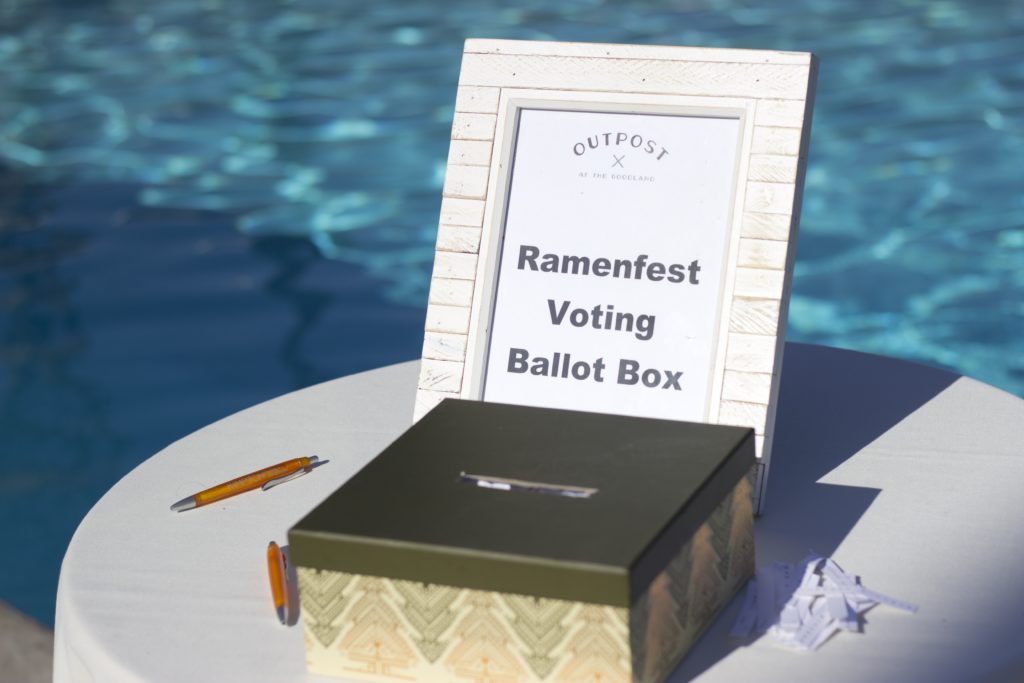 Finishing up my ramen, I moved on to my second restaurant: Finch & Fork. Their ramen was definitely more conventional in the sense that they elected to go for pork belly mixed in. Finch & Fork also offered bean sprouts and the option of house-made pickles, which I chose not to opt for. I found the ramen tasty, albeit extremely spicy for some unknown reason. Nevertheless, I enjoyed it and quickly finished it up.

My third and favorite choice was Zimzala. They presented what I thought was a unique and very successful twist on the well-known ramen. While Zimzala still chose to include the classic fried pork belly and soy egg, the addition of apple kimchi and an appletini broth really pushed this dish over the edge. The flavors were very fresh and light, yet still managed to deliver that subtle hint of heat. In all honesty, if I had the chance, I probably would have gone back for more. 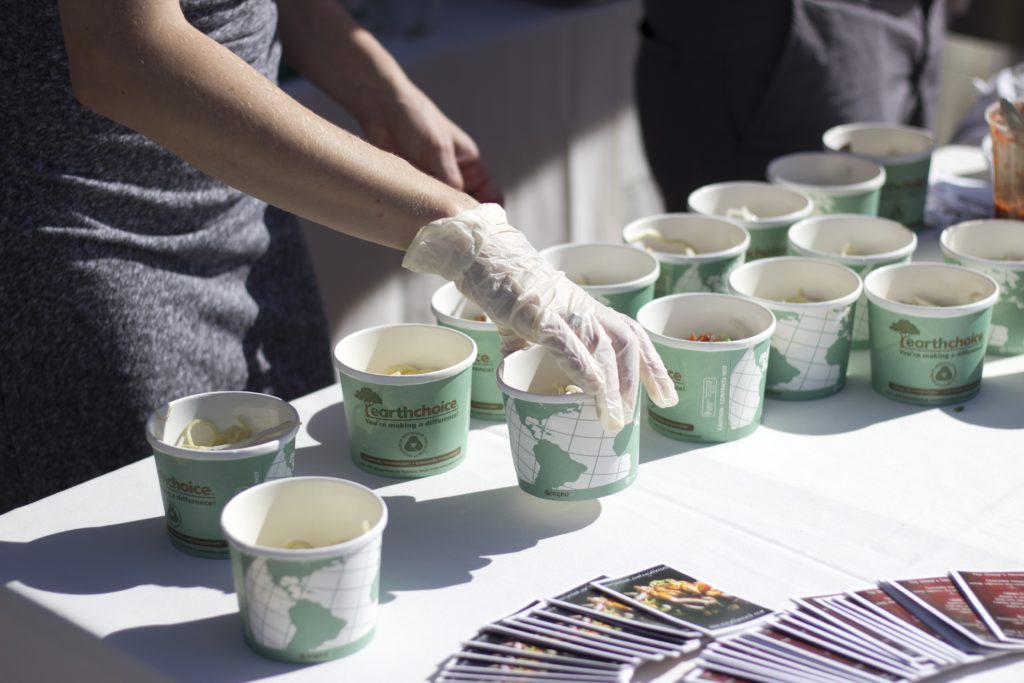 Moving on, I chose to try Empty Bowl which, despite its name, I did not finish. The restaurant took a total 360 from Zimzala, serving its noodles in a very traditional pork-based broth with pork belly and Japanese greens. While it failed to truly blow me away, I enjoyed it nonetheless.

From there, I made my way over to The Black Sheep, deciding to be bold and try the spicy ramen. The restaurant paired its ramen with a garlic chili egg, green onion, slow-braised pork belly and bean sprouts. While definitely spicy, it was nowhere near as hot as Finch & Fork’s. Even so, it made for a nice bit of heat in my mouth.

I made my way over one table The Hungry Cat which boasted a first: house-made noodles. These were served in a lobster-based broth with pork belly, spicy hoisin sauce, a 360 egg and an herb mix. I was slightly confused by what exactly the 360 egg was, but I found it to work well with the noodles. All in all, the rather different and new approach was very good in terms of the different variety of flavors involved. 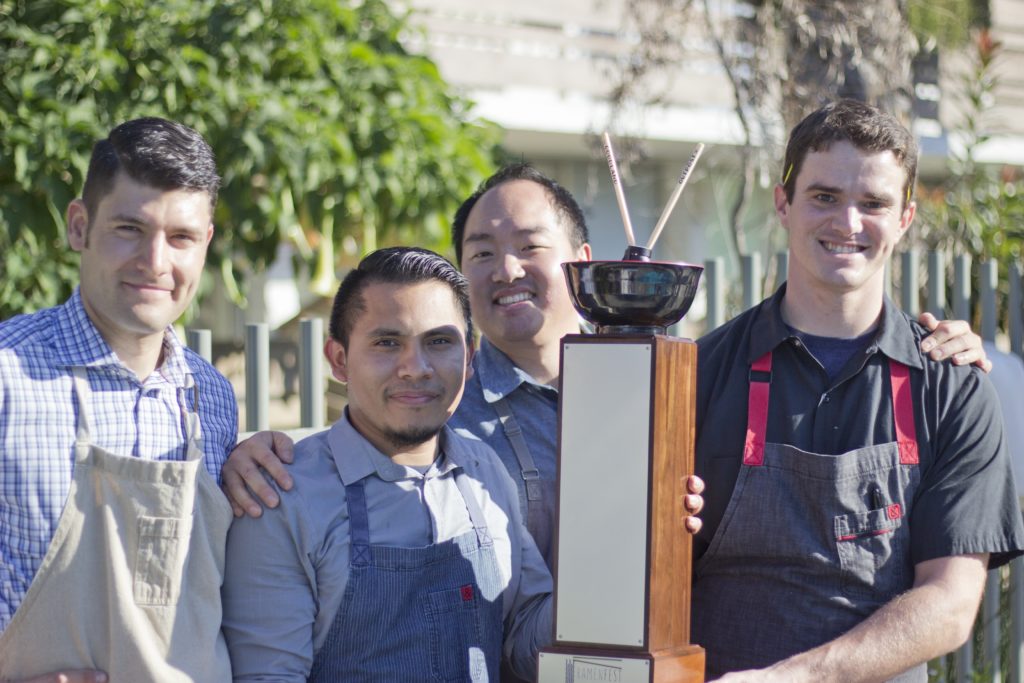 I finished up my tasting with New West. It offered braised marinated pork tongue in a poultry- and dashi-based broth with kimchi, green onion and a soy egg. Despite having a nice taste to it, I found it to be the least enjoyable out of all the ramen I tried.

While the event was intended to include eight restaurants, there were only a total of seven in attendance. Wildwood Kitchen was unfortunately unable to make it to the event.

One thing is for sure: The Ramenfest gave me a rather amazing first ramen experience. Maybe it was the atmosphere, maybe it was the food itself, but something about it just draws you in. I wholeheartedly recommend to anyone who may be even mildly interested to come on out next year and experience it for themselves.