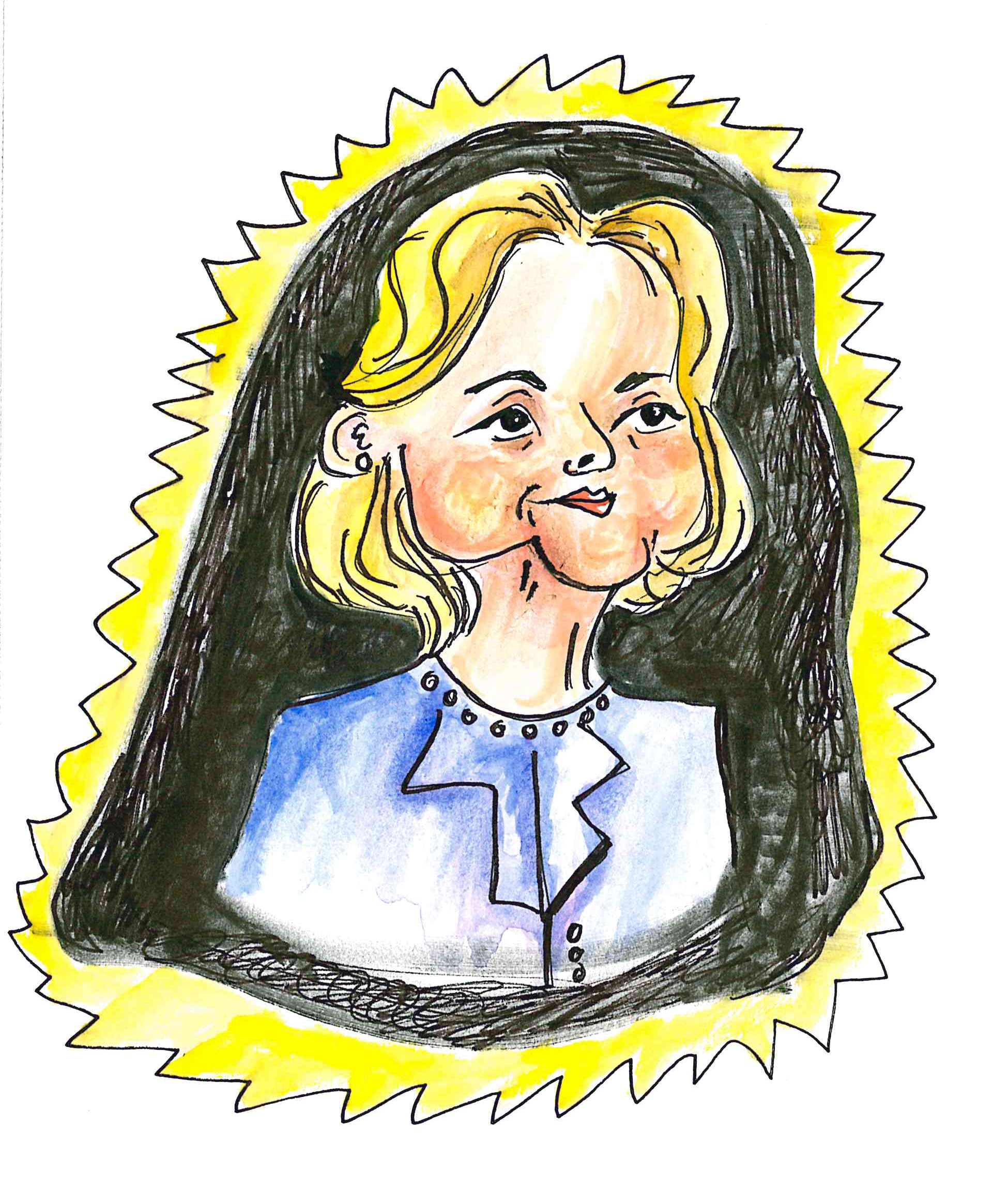 Hillary Clinton: a name I have slowly begun to realize deserves its very own place in the Merriam-Webster Dictionary. She’s a noun, verb and adjective all wrapped up in one. But to be honest, she never was one of the politicians who caught my eye. Not when she was running back in 2008. Not when she became Secretary of State. Not even when she announced her intentions to run for this upcoming election. Only very recently have I tangled my toes into Hillary’s intricate web of politics, and now I’m truly stuck.

As a fresh-faced 18-year-old, one excited by the prospect of being able to vote, I was trapped in some sort of political purgatory, unsure of which candidate I should pledge my allegiance to. I know it’s just one vote, but it’s my very first big decision as an adult. On the one hand, I never felt the urge to vigorously nod my head in agreement with every word Trump uttered, or for that matter even understand why his supporters so devoutly believe he can “Make America Great Again.”

On the other hand, I was never one of the many Bernie supporters who just couldn’t help but “Feel the Bern.” But I also wasn’t 100 percent sold on Hillary Clinton, for she never, as I stated earlier, caught my eye like some of the other candidates did. Don’t get me wrong, I’ve always respected and admired Secretary Clinton for her many accomplishments, but nothing ever below the surface.

She doesn’t have that soulful charm President Bill Clinton had anytime he gave a speech or the raw, effortless magnetism President Barack Obama seems to just ooze. She doesn’t give me those hair-raising goose bumps. Or that cheeks-a-blazing adrenaline rush. However, I’ve come to realize that what she lacks in charisma, she makes up for in sheer will, and that’s a force I can get behind. Why the change of heart, you might ask? Allow me to explain:

The Democratic National Convention was the true tipping point for me. It was, as some would say, an enlightening experience. For one, her lineup of speakers for the convention was one for the books. They were some of the most well-spoken, intelligent and successful symbols of this modern day and age. Secondly, each and every one of those speakers genuinely believed in Hillary Clinton and her ability to serve this country well.

Whether they were intimate stories of old friendships or the blossoming of new ones, every speech rang true and struck at the cords of the live audience and the viewers watching at home, including myself. Each speaker added his or her own color-filled brush stroke to Hilary’s unmarked canvas, subtly painting to life a deeper layer of Hillary Clinton, one unbeknownst to me: her humanity. It was then, as Clinton’s painted personality came alive, that my fascination with her began.

Her speech was simply the icing on the cake. It didn’t bring me to the edge of tears like President Barack Obama’s speech did or have me blushing like President Bill Clinton’s. It did so much more than that. Her speech inspired me. It inspired me like no other speech ever had. Here was a woman, so qualified and so accomplished, standing on the precipice of history, refusing to back down even when it seemed like half of America was against her.

She didn’t give up after losing the primary back in 2008 or when her term as Secretary of State ended. She wasn’t going to let the world break her down. Not when her email controversies leaked out and threatened her viability as a candidate. Not even when a couple of stumbles brought her health into question. She just picked herself back up, wiped off the haters and continued on. I didn’t miss a single word of her speech at the convention. Not one. I began to believe in her ability to lead this nation and, more importantly, I began to believe in her. It wasn’t just her humanity that had shown through. It was also her ingenuity and her prowess as a politician that captivated me. Yes, Hillary Clinton had finally caught my eye.

I can only hope that one day I am able to make as large of an impact as Hillary Clinton has made on me. She has inspired me to go after what I want in life, no matter the obstacles, because somehow I know I’ll find a way to overcome them just like she has. Hillary Clinton is a woman I am proud to say I look up to, and she’s most definitely got my vote. I hope to see her in the White House once again, except this time, it won’t be Bill calling the shots.

Neda Mazdisnian is with her.