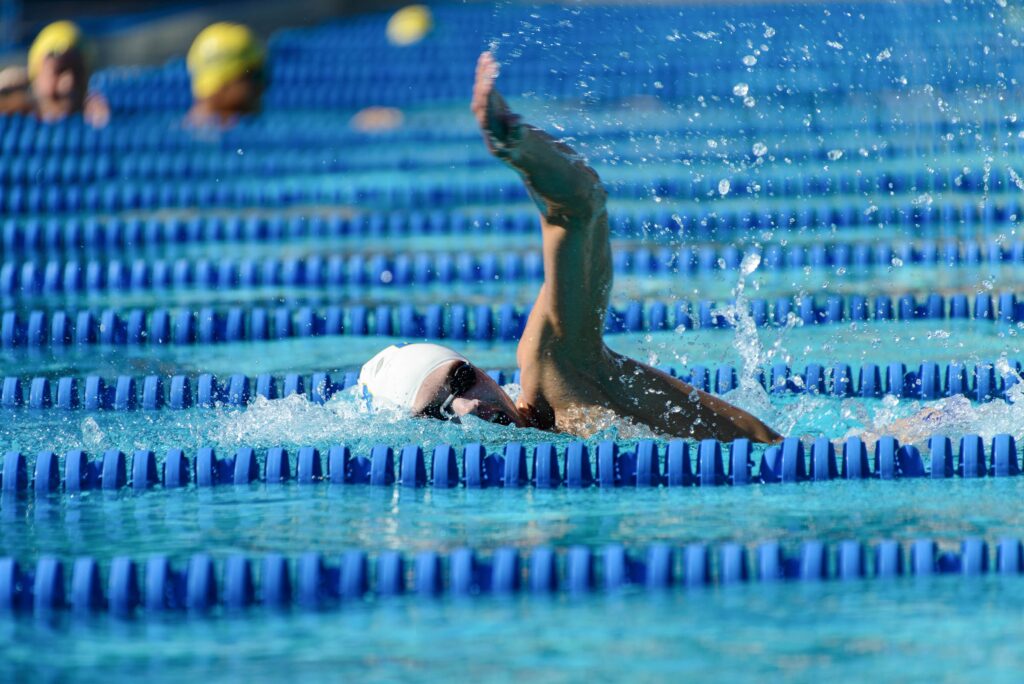 It was a busy Saturday morning at Campus Pool where the UCSB swim team hosted the UC San Diego swim team in a non-conference duel match. With each squad looking for back-to-back wins, the meet was a close one throughout. Eventually, the victories were split, favoring the UCSB women’s team and UCSD men’s squad.

Spectators witnessed a hard fought competition on the men’s side resulting in the Tritons just surpassing the Gauchos with a 137-124 point count. On the opposite end, the women’s events ended in an easy 148-106 Gaucho victory.

Following these results, the men’s team drops to 1-2 on the season, whereas the women’s squad remains undefeated at 2-0 on the year.

San Diego matched this with a win for the same relay in the men’s side. Sophomore closer Kevin Wylder held on to the lead for the Triton’s (1:32.56), as the runner-up Gaucho A, freshman sprint freestyler Riley Ferguson (1:32.65), came up just short by fractions of a second.

UCSB then went on to dominate the next four freestyle races. Rachel Forbes, Joseph Lastelic, Catherine Boles and Mason Tittle, all of whom are freshman, provided first place positions for the home team.

Once more, the following race was split with the Gauchos women’s team edging out their opponents & Tritons men’s taking the 100-yard backstroke.

The 200-yard fly was split between the UCSB swim and UCSD swim as well as freshman Madelyn Johnson took home the win for the Gauchos with a 2:03.79 lap and senior Gabriel Hernandez took it home for the Tritons with a 1:51.53 lap.

By the halfway point of the meet, UCSB swim’s overall record totaled 10-4 to UCSD’s 4-10. The Gauchos women’s team placed first so far in all races.

Santa Barbara went on to sweep both freestyles in the 100-yard category. Then San Diego settled with more victory splits, favoring their men’s side, in both the 200-yard back and breaststroke.

Back and forth lead changes began to occur once the San Diego women’s clinched their first first place win of the meet in race No. 21 for the 500-yard freestyle. The Tritons women’s would go on to acquire first place finishes for the rest of their matchups.

San Diego Swim went on to take both the 100-yard fly and 400-yard IM, but their men’s side dropped the 500-yard freestyle to Santa Barbara freshman Logan Hotchkiss (4:35.29).

Santa Barbara’s men’s and women’s swim will continue competition on Nov. 17 at the A3 invitational in East Los Angeles, Calif. The time is to be announced.