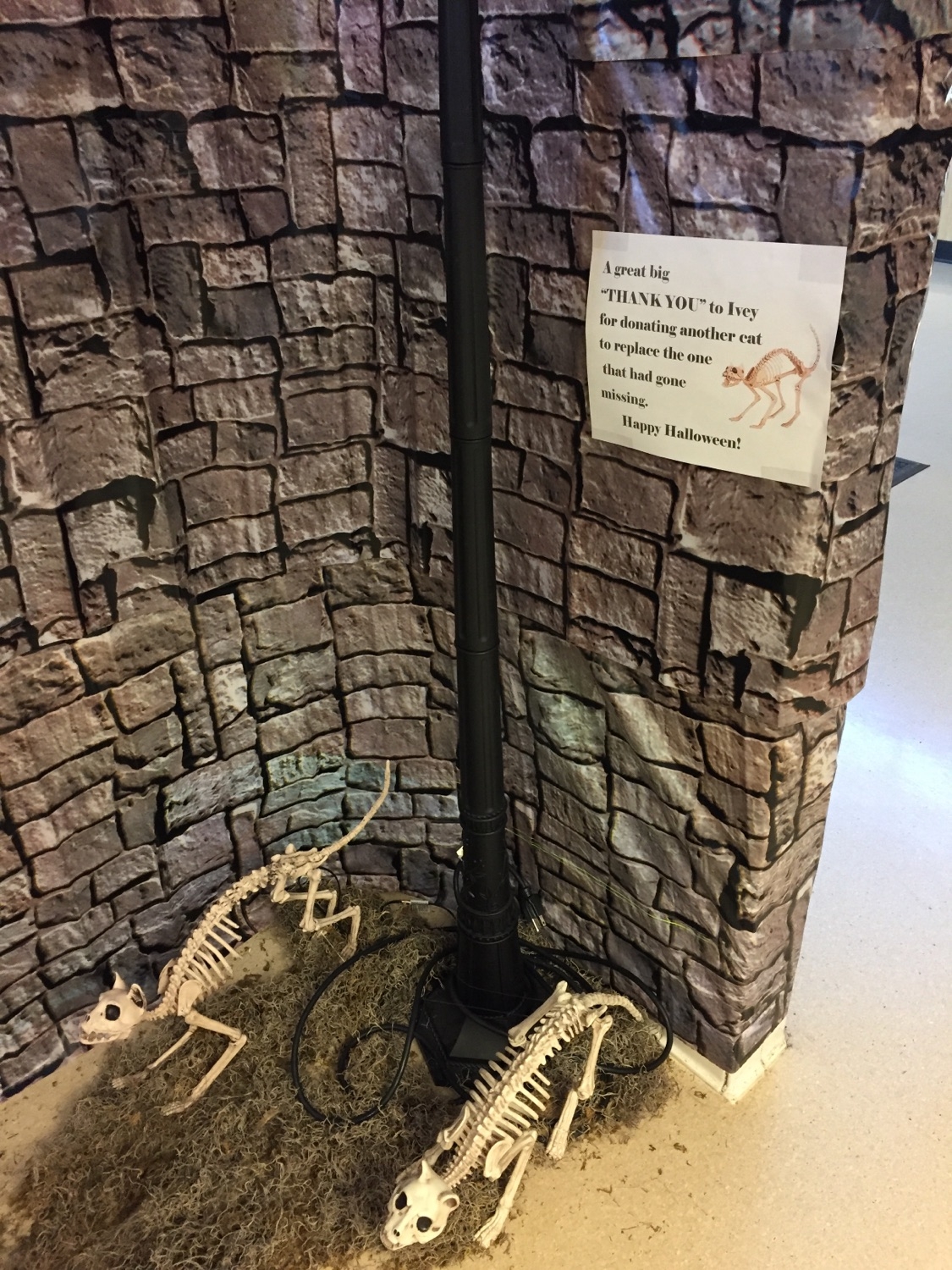 Although the original skeleton cat was stolen from the Ortega display earlier this month, the scene now displays two skeleton cats due to a generous student donor. Deepika Chandrashekar / Daily Nexus

A catastrophe has been averted in Ortega Dining Commons after a student replaced the stolen skeleton cat that was once featured in the building’s Halloween decorations.

General manager Jeff Hillery, who was the owner of the original skeleton cat, said a student was so upset the cat was stolen that she purchased and replaced the decoration.

Ivey Bai, a second-year biology major,  is a new employee at Ortega dining hall and was responsible for restoring order to the Halloween scene.

“I was visiting my friends up at Cal Poly San Luis Obispo and was window shopping in Ross and I saw it and was like, ‘Oh hey this is that missing cat,”’ Bai said. “I saw that it was only $7.99 — honestly, it was in the spur of the moment — and bought it.”

Hillery also ordered a replacement skeleton cat prior to Bai’s donation, and the scene now has two skeleton cats.

The stolen cat was never returned.

“I was ok with sacrificing a few energy drinks to raise the well-being of Ortega because it’s like a home away from home, especially since I work there and made genuine friends,” Bai said.

The Halloween decorations will soon be taken down, Hillery said. He intends to update the decor this month with a Thanksgiving theme that will incorporate turkeys.