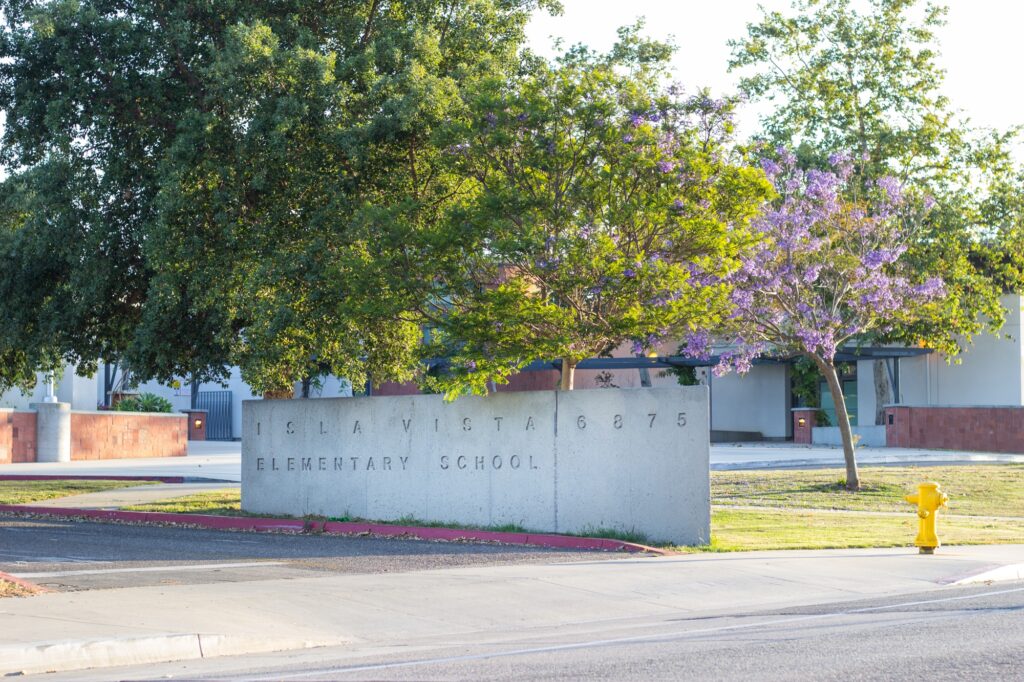 Dos Pueblos High School is continuing its 96 percent graduation rate, and it is now reporting that 40 percent of students will be going to four-year universities and 50 percent will be attending SBCC in the fall. Jose Ochoa / Daily Nexus

President Barack Obama announced Oct. 17 that the country’s rising graduation rate is now at a record high of 83.2 percent.

DPHS has had a graduation rate of 96 percent the past five years, and the rates are similar in neighboring Santa Barbara districts.

Graduation rates have almost never been an issue for DPHS, however.

Bill Woodard, assistant principal at DPHS, said high school administration has focused heavily on increasing the number of students who complete the A-G requirements to be eligible for UCs and CSUs, especially with a student population that is up to 40 percent Hispanic.

According to DPHS counselor Jeff Sofro, roughly 40 percent of DPHS students will go on to attend a four-year school, 50 percent will attend SBCC and 10 percent will work, travel or go to the military.

Of the 40 percent who go to four-year colleges, approximately half of their students who apply to UC Santa Barbara are accepted, and 32 percent of that group are enrolled.

Lisa Przekop, UCSB director of admissions, said the increase of high school graduation rates typically leads to an increased number of applications sent to the University.

“It’s too soon to say if this will make competition more fierce,” said Przekop. “That will depend on how many applications we actually receive, but one could assume a scenario where that could happen.”

Every group across the nation, including all races and all levels of income, experienced a surge in graduation rate this year, though this surge varied between groups according to the Nation Center for Education Statistics.

President Obama addressed this issue, saying, “When we understand that no matter what you look like, where you come from, what faith you are, whether you’re a boy or a girl, that you should have great opportunities to succeed and that requires you to put effort into it.”

Though the current rate of 83.2 percent might not seem like a huge progression from last year’s rate of 82.3 percent, the rate has increased an impressive four percentage points since 2010.

In his Oct. 17 address, Obama said “we still got more work to do.” He said there are still too many states cutting back on public education.

“Even if there’s more work to do, it looks like the country is headed in the right direction,” the President said.

“There’s magic in each and every one of you, and we just have to help you unleash it and nurture it and realize it.”

A version of this story appeared on p.7 of the Thursday, November 3, 2016 print edition of the Daily Nexus.