The Daily Nexus
Science & Tech
Discovering the Dark Ages of Peru: The Wari
November 3, 2016 at 4:12 am by Dana Jessen

In her new book, The Bioarchaeology of Societal Collapse and Regeneration in Ancient Peru, UCSB professor of anthropology Danielle Kurin explores the so-called Dark Ages of Peru, which occurred between the collapse of the Wari Empire in approximately 1000 A.D. to the rise of the Incan Empire around 1400 A.D.

Kurin’s book focuses specifically on the social, political and economic impacts that the collapse of the Wari had on their predecessors, the tribal Chankan peoples, who lived in the lands of modern-day Peru until they were defeated by the expanding Incan Empire.

Questions such as “What happened [to the people] after the collapse of an empire?” and “How do you create society anew?” are what drove Kurin to turn toward bioarchaeology in order to research these complex, previously un-scrutinized questions about this ambiguous epoch. 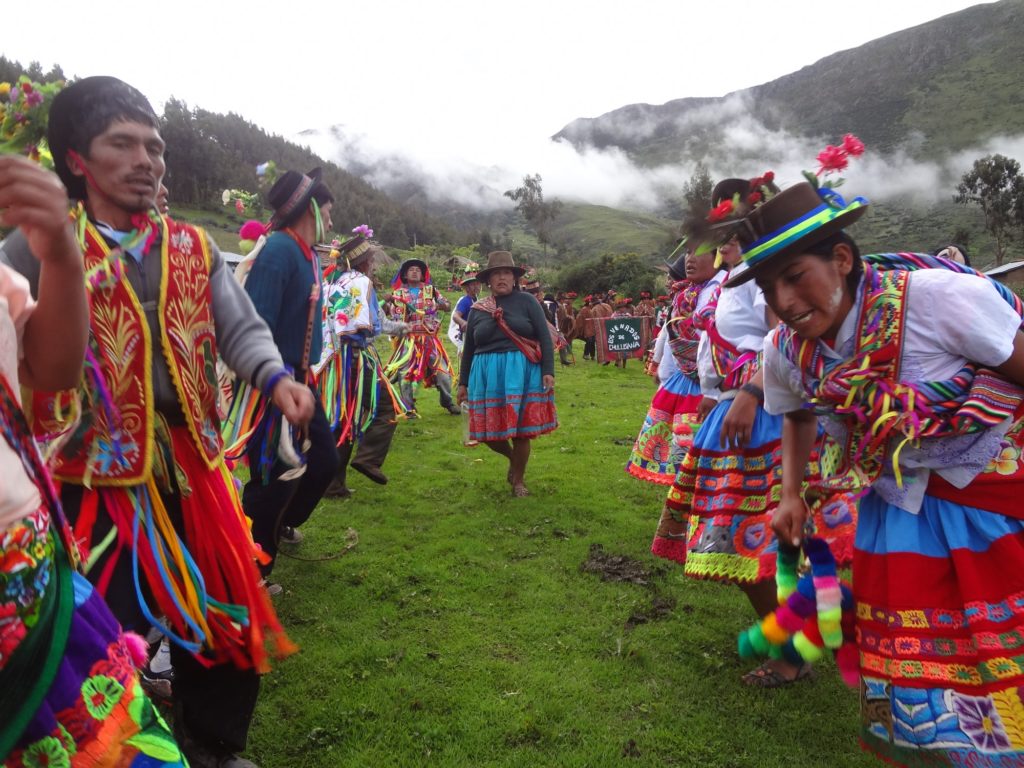 Pictured above is group of Peruvian people in their traditional clothing. Part of Kurin’s job as an anthropologist is to figure out how and why certain traditions propagated while others collapsed societies. Courtesy of Danielle Kurin

“This book takes a body perspective [when researching those questions]. Human skeletons are like a book; human history is sedimented in our bones. The idea is that human skeletons can be read in certain ways to reconstruct the lives of humans that actually experienced living in these times,” Kurin said.

The Waris were the first empire in Latin America, and “all of a sudden they collapsed” over one or two generations, according to Kurin. “Road networks collapsed. Fortresses [and] weapons were being built instead of idols.” All of these archaeological features suggest a crisis … [but] this is circumstantial evidence,” she said.

Kurin knew she needed more proof to explain this phenomenon, so she turned to the bodies which had previously been unexamined by other researchers. Besides inspecting the bones for visible trauma wounds, which revealed the predicted increase in violence, she also examined the chemical composition of their bones and teeth to examine migration patterns.

Peru has a steep, vertical environment. “In a span of five miles, or even 8,000 feet altitude, you see thick jungles to snowcapped peaks,” Kurin said. “We know from plant biology that plants which grow in those two different environments have two different photosynthetic pathways,” she said. The C3 pathways exist in cooler environments and C4 pathways in warmer, tropical habitats with the ratio of C3 to C4 visible in the teeth and bones.

Kurin used strontium isotope analysis as a way to look at migration patterns. Rocks contain strontium atoms, which decay at rates specific to the environment. As rocks are eroded into ground soil, these isotopes are then taken up by plants through their roots. When humans eat plants containing strontium, the strontium gradually replaces calcium in bones and teeth.

Assuming they had a local diet, Kurin was able to deduce the geological environment of that person by examining their wisdom teeth and bones for strontium isotopes. Wisdom teeth are only grown once when a person is around eight to 12 years old, while bone tissue replaces itself every two to three years. This allows for an easy comparison to understand migration if the person’s wisdom teeth and bone tissue show varying isotopes of strontium, indicating they grew up and died in different environments.

Archaeology uses keys from the natural sciences and archaeologists look at the body as a mix of living tissue and inorganic nature. The skeleton acts as “an ingredients list” of what the person ate, which is dependent on where they lived, according to Kurin.

Through this research, Kurin has discovered something fascinating about the migration patterns of the Chanka.

“We expected to see lots of migration, but we are seeing really limited patterns of people moving in and out. It looks like [the Chanka] were going to the old Wari capital to abduct young girls before they were 12 years old. It’s only women being abducted. [They] have signs of mistreatment, forced migration and broken noses [which indicate] signs of domestic abuse,” Kurin said. This shows a different pattern of social relationships that show the Chanka “taking vulnerable, young Wari women,” which is contradictory to alliance building between the two empires.

According to Kurin, this is one of many signs indicating an “inside out” collapse of the Wari Empire.

“When the Wari fell apart, we see that they struggled to separate themselves from their neighbors,” Kurin said. One method was cranial deformations done by “binding the heads of infants for two to three years” in order to create long heads, short heads and flat heads, according to Kurin. This was the Wari’s way of redefining themselves, but it instead made group differences more apparent and was probably the reason why mass genocide occurred for the first time in that region. 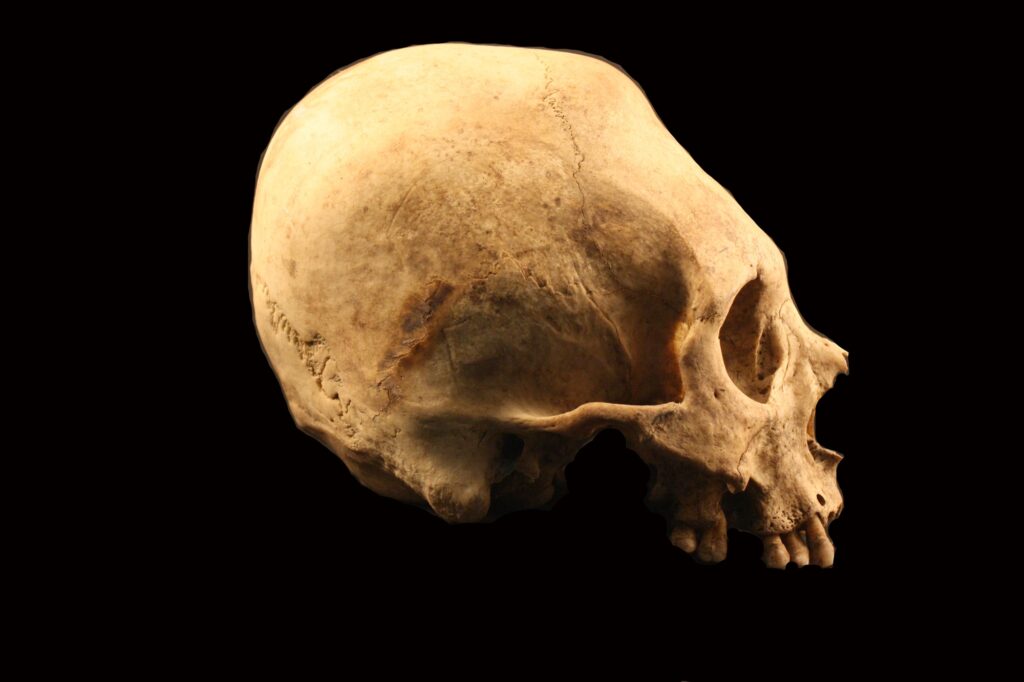 In order to separate themselves from their neighbors, the Wari would deform the craniums of newborns. Shown above is the deformed cranium of a young child. Unfortunately, this led to ostracization within the community. / Courtesy of Danielle Kurin

However, the collapse of the Wari Empire did not lead to only negative consequences. Innovative health discoveries were made in the process as well.

“Sometimes really bad times spark innovation as a way to cope,” Kurin said. In order to deal with the uptick in violence and genocide, “the Chanka developed [novel] cranial surgery methods, which can be visibly seen on skulls.”

Nevertheless, an overarching goal of Kurin’s research is to continually make anthropology relevant.

“We use these skeletons to answer questions that seem to emerge and recur throughout our human history, such as collapse and warfare,” Kurin said. She compares the patterns that the Chanka experienced with what has occurred in Iraq over the last 15 years and what is happening in Syria today.

“This is an area of Peru that’s pretty remote, but a task of ours as anthropologists is to try to look at the connections of broad social significance,” Kurin said. “What do our actions, such as the way we deal with the disabled and deal with the dead, say about us? [As] Hobbes and Rousseau asked, ‘What is the point of man?’ These are timeless issues.”

Correction: This article incorrectly referred to Professor Danielle Kurin as “he.”