The Daily Nexus
Opinion
Triple the Fun: A Guide to Having Sex in a Triple
October 26, 2016 at 9:00 am by Kelsey Pruett

You’re halfway to Anacapa before you realize there are two other people in your room who probably haven’t even woken up yet! How the hell are you supposed to orgasm and have sex on the top bunk, which you have never done before?! You open the door with your guy and sure enough, both your roommates are fast asleep. You can get away with this, right? Stay quiet, don’t scream and don’t make any sudden movements. But wait, that’s what sex is. 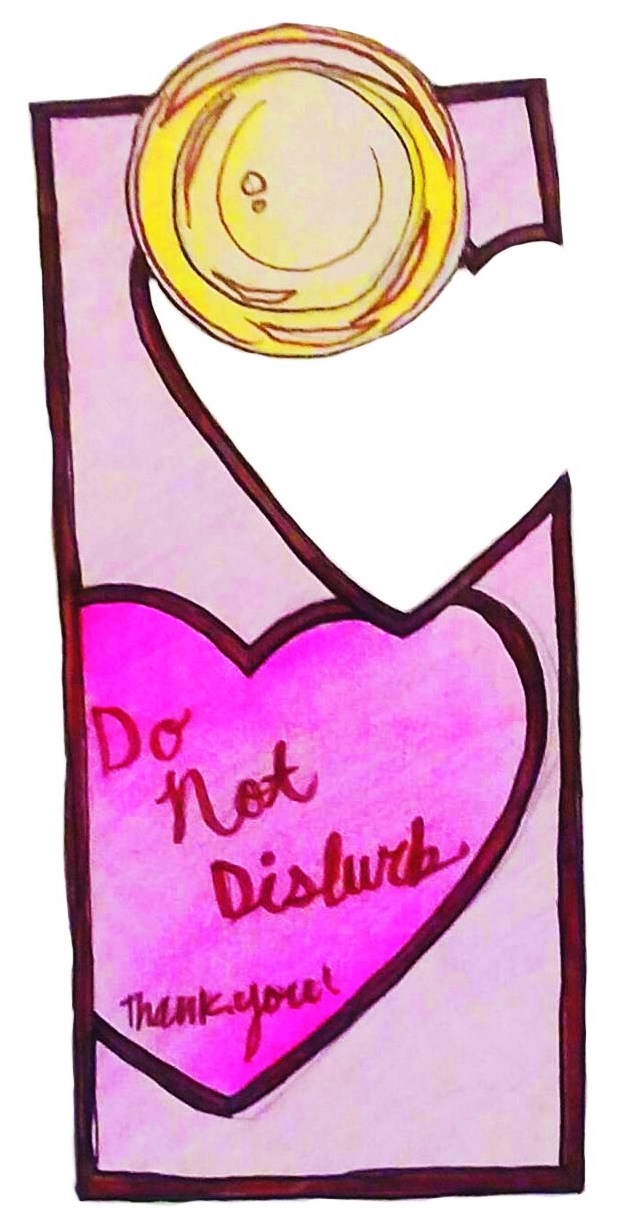 Back to the drawing board. Can I ask them to leave? I can’t just wake them up to have sex, can I? Would it be rude if we just did it with them in the room? I mean, really, are they going to wake up? They were up binge-watching “Stranger Things” ‘til 3 a.m. last night, so they have to be in a coma by now. The clock’s ticking and we need to make a choice, and from the hard-on I feel on my lower back I already know what his decision is. Just like that, we became a Beyoncé and Jay Z song; I was in a dress and he slid my panties to the side and we slowly had the hardest and quietest sex of my life up against my closet door, which was shielding us from the other bunk in case someone woke up. Thankfully my roommates didn’t wake up, but if they had I would have been beyond embarrassed and I probably would have never invited that guy back to my place.

While the thrill of having someone(s) in the room was amazing, it wasn’t the right thing to do as a roommate, no matter how sexually frustrated I was. A system needs to be in place with your roommates about what to do when one of you needs to get done thoroughly. Sex is a great stress reliever and college is full of stress. I’ve heard everything from putting a sock or a tie on the door to sending out a group text saying “give me 20 minutes.” The fact is you’re sharing your living space with two other people who have the same needs as you. That’s three times the sexual frustration!

Thankfully my roommates didn’t wake up, but if they had I would have been beyond embarrassed and I probably would have never invited that guy back to my place.

You don’t want to see that. Unless you’re into that stuff (to each their own). What you want in a triple is a place where you can be yourself and live your life without being invaded on or invading other people’s space in the room. So talk about your schedules and see when your roommates have classes so you and your partner don’t always have to do a 15-minute quickie and hope nobody comes home early. Get your roommates’ numbers just in case you do feel the urge while one of them has a gap between classes and may be in the residence hall, because let’s face it, when midterms and finals come, everyone will want to be cumming in some form or another.

Kelsey Pruett believes in your ability to work out your sex schedule, even if you live in a triple.

“So you grab your guy, by the cock if you could, and drag him to your dorm.”

Apparently, Donald Trump grabbing women by the pussy is sexual assault, but for you to grab men by the cock is perfectly all right. Tell me more about how there’s a rape culture on campus?

in this article, she says she texts him asking him to meet her for sex. that is asking for consent. In the trump tape, he said “when you’re a star, you can do anything, just grab them by the pussy”. Nowhere does that include consent, hes actively talking about doing it WITHOUT consent. Just because they’re both using the word “grab” doesn’t mean it is the same scenario. Regardless of the gender of who is talking, asking someone for sex and then grabbing them by the genitals is SO DIFFERENT than saying “im a star, I can do whatever I… Read more »

You changed his words. He said “they let you do anything.” That means consent.

Sorry-you’re right, he does say “they let you do anything”, however, that is not consent. Both of these situations have contexts that matter. Taken in the context of him saying “I don’t even wait” and saying he just goes in for it, does NOT mean consent. Using your power over a person to get them to have sex with you or to touch them is not consensual. And its clear, if the allegations against him are true, when he comes in and “takes” what he wants, they aren’t just “letting him do anything”. Freezing up when a grown ass man… Read more »

Perhaps the Nexus should be made to answer as to why it is publishing a column promoting sexual assault against men?

dude, there is implied consent from the male in this. chill out haha

Pause bro, no it doesn’t. I understand you really like Trump but at least question the man’s actions. In the tape, he brags about misusing his power to force consent. This article is a girl and someone she’s seeing regularly. Dude, 1) not everything is about the election, let the author express herself without haphazardly justifying Trump’s mistake 2) It’s okay if your candidate has flaws and still want to support him. Obama and Hillary aren’t perfect and they’ve made mistakes but I’m willing to accept them as they are and still support them. If you’re willing to accept this… Read more »

really lowering yourself to try to make a point. Usually you have at least thought out intelligent points

This is what the hump has been missing!! Amazing article! Can’t wait to read more of her stuff!!

Pretty insane article. I can’t imagine that this article would be published if it was written from a male perspective and talked about dragging a girl by her snatch back to the dorm. Like what the fuck is wrong with the nexus when you’re publishing articles talking about hard ons on a lower back like a Jay Z and Beyonce song. You realize this newspaper reflects the entire student body. Beyond that this article is really poorly written and theres no real humor to it. Come on

I’m a first year male and I found this article to be equally hilarious and helpful as I got sexiled this weekend and it was really awkward. thanks for the tips! Absolutely going to use them! :)

Omg this describes my entire first year in San Nic. 😍 She captured three girls in a dorm perfectly

This girl is like the 50 Shades of UCSB!!! I love it, definitely will be back next week to read more of her stuff!

This is written in the most unrealistic way I’ve ever seen. If anyone even remotely thinks of these as actual tips, they are retarded. It has to be satire (although satire is supposed to be funny, so I’m unsure). How does anyone even like this. I feel that it’s sad that this even got published in the nexus, with the obvious demeaning language towards men.

Were you triggered by the demeaning language towards men? Maybe you should go to CARES and complain about the real pain and suffering you had from this article. OR stop your bs whining and complaining about nothing.