A return to Campus Pool has served the No. 7 UCSB men’s water polo team well as the Gauchos have won three of their last four games. After lopsided victories on Saturday — 15-3 over La Verne and 16-2 over Whittier — in its second doubleheader of the season, UCSB has now won three consecutive matches.

A combined total of five goals were scored against the Gauchos’ defense in their last two contests. Their allowance of two goals to the Poets is a season-best. 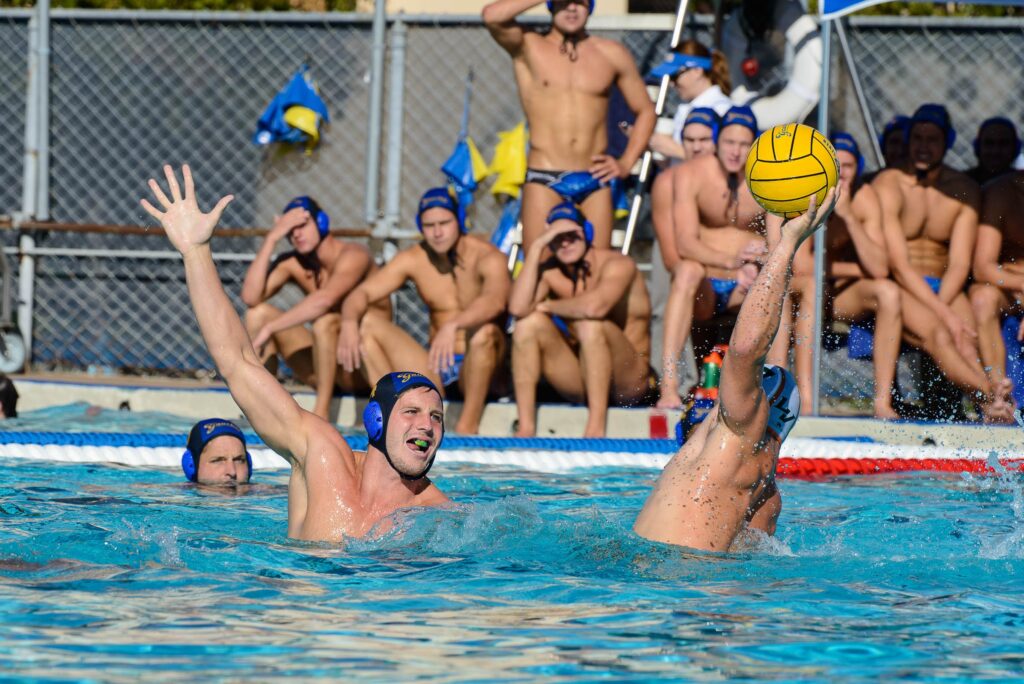 “We didn’t really care how many goals we scored,” said Head Coach Wolf Wigo. “It was more about what the defense is and not giving up goals. I thought we accomplished that. Sometimes when you get ahead it’s easy to let down, [and] just sort of play sloppy. I felt the guys stayed pretty tight on the D [and] that was important.”

UCSB concluded its series of four home matches with an 11-5 overall record and remains 1-0 in conference play. Despite entering on a four-match winning streak, Whittier’s losses to San Jose State and UCSB lands the Poets at 11-9 overall. La Verne’s slump extended to four matches, handing the Leopards a record of 2-13.

Excluding its 10-7 loss to No. 1 UCLA on Thursday, Santa Barbara has not allowed an opponent to score within double-digits. Also, the pair of wins transcends the Gauchos’ home record of 3-3 last season as they improved to 5-1 as host at Campus Pool.

Facing both programs for the first time since 2013, UCSB sustained its undefeated records against the two schools with improved all-time records of 11-0 against the Leopards and 9-0 against the Poets.

UCSB established its savviness on offense from the gates in its matchup against Whittier with a 3-0 scoring run to start the first period. At the center of the Gauchos’ scoring surge in the first half was freshman utility Ivan Gvozdanovic. He registered a match-high four goals, tallying a hat trick in the first two periods of the game to contribute to the team’s 9-2 lead at the half.

Scores by senior two-meter Wedge Molthen and freshman lefty Andrew Breeden were the only goals of the game for Whittier as the Gauchos held them scoreless in the entirety of the second half.

UCSB’s scoring pace remained consistent to open the second half with goals by senior attacker Thomas Martinho and senior utility Reed Cotterill less than a minute into the third quarter. Martinho finished with a hat trick of three scores while Cotterill ended with two goals.

It was at the 4:27 mark of the fourth quarter that UCSB called a timeout to begin sending substitutions into the game. A final goal by sophomore defender Max Schaum with seven seconds remaining in the game secured UCSB’s 16-2 victory.

Igniting UCSB’s momentous performance against the Poets was its victory over La Verne earlier in the morning.

The Gauchos displayed diligence on offense with nine goals in the first half, embarking on an 8-0 scoring stretch through the majority of the first half. UCSB’s streak was ended when the Leopards’ junior driver Joshua Vega scored La Verne’s first goal to trim UCSB’s lead to 9-1 going into the hall.

A total of seven different Gauchos scored during the run with Cotterill notching two goals. UCSB’s efficiency when attacking resulted in a .417 shooting percentage on 36 shots. UCSB continued its dominance with six goals in the second half, leading to its 15-3 win.

While enduring five games in four days is a daunting task for any team, the results of the Gauchos’ intense conditioning during “Hell Month” has been beneficial in their string of matches.

“They train hard. A month before school starts we’re here training every day,” said Wigo. “Depending on the day, [we train] six to eight hours. Guys are physically; they’re prepared for this. When we go to big tournaments you have to play one hard game after another. These two days, we played in a lot of games, but we were able to make a lot of substitutions, rest and keep the tempo up.”