The Daily Nexus
Outside Opinions
Where There is Breath, There is Hope
October 14, 2016 at 5:00 am by Shyam Sriram

One of my icebreakers at the beginning of every quarter is to introduce myself by way of this statement: “I’m an expert in three areas: Indian food, tattoos and suicide.” While the three “subjects” are random, it is the mention of the last one that usually brings everyone together in the room. While I am still about two years away from completing my doctorate in political science here at UCSB, I already have, for all intents and purposes, a Ph.D. … in suicide. 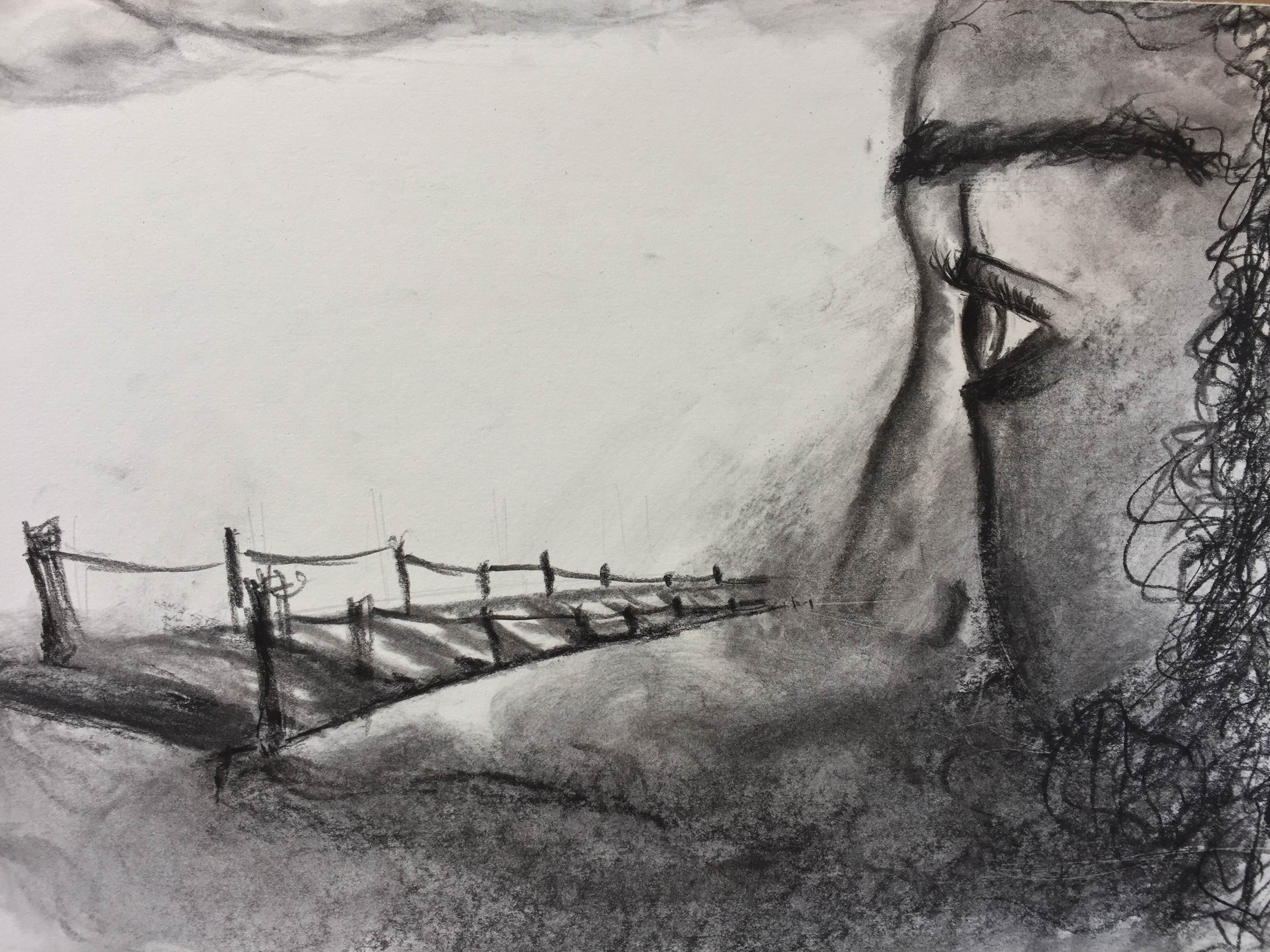 Between 2001 and 2007, I lost three friends to suicide. The first was my friend Violet,* a member of Delta Zeta sorority at my alma mater, Purdue. Violet and I were both members of the Interfraternity/Panhellenic Council and I remember her as a caring and generous woman. What I didn’t know, however, was that she also suffered from bipolar disorder. What I also did not know until later was that when faced with the prospect of drinking on spring break with her sorority sisters versus taking her medication, she opted for the former, which would have catastrophic results. She would return from that trip, her brain permanently affected and rewired, and she would take a combination of antidepressants and kill herself in her room. That was March 2001.

To say that I was affected badly was an understatement. It was as if Violet’s death taught me about suicide, which till then had been some sort of abstract concept. Between my rambling emotions and the cheap and ever flowing alcohol, which was some sort of panacea in that Midwestern college town — as it is as well in Isla Vista — I became a depressed, suicidal and sad drunk, and I frightened the hell out of my friends. In the words of the Old ‘97s, “I’ve thought so much about suicide, parts of me have already died.”

And then it happened again. After moving out of my fraternity into an apartment, my new roommate, Charlie,* not even 20 years old, took his life November 2001 … about 10 feet away from where I was sleeping on the sofa. He locked himself in his room, set “Circles” by Incubus on repeat, and hanged himself with a belt behind his door. My neighbor and I broke down his door, and his body fell down like a 2 x 4, more wood than man. I never saw his face. You can imagine that at this point, I felt like God and the whole world was just trying to f*** with me. Two suicides in eight months? During my senior year in college?

While I will never know exactly what was going through Charlie’s mind, I have pieced together the tragic narrative that he followed his high school girlfriend from Valparaiso, Ind. down to West Lafayette in the hopes of dating her again, only to find that she was now dating someone else. I just don’t know, but I can tell you that I was supremely angry at him for ruining my life. Finding his body gave me nightmares for years, and till 2014, I had to sleep using a night light. That is some fear.

I would lose one more friend to suicide, but it would be after a six-year gap. In May 2007, my fraternity pledge brother, former roommate and friend, Mike, shot himself. Allegedly, like Charlie, he found out that a girl he liked was in love with someone else. The story I have heard is that he took a rose or some flower to a girl who was about to leave on a study abroad trip, and had planned on telling her how he felt. Then he saw her kiss someone else. He went home and out into a field and shot himself in the head. Mike had experienced a horrific childhood including sexual abuse. He channeled that rage into high school sports and, later, as a member of the Marine Corps. I remember him as a gentle giant and as a patriot.

I have shared this dark part of my life, which at this point almost seems like the only life I have ever known, because I care deeply about suicide prevention here at UCSB. The 2014 Isla Vista shootings were horrifying, but to see the response by the University, community and students has been heartening. I have been very impressed with everything from the #SaySomething campaign to the campus-wide promotion of Counseling & Psychological Services (C.A.P.S.) to a general greater awareness of mental health, but we can do more.

I wrote this essay because I want to start a movement at our University not just about suicide, but about the ways that suicide intersects with so many of the facets of Gaucho life.

I’ve also been thinking more about this of late because I have seen firsthand the anxiety of freshmen on campus, especially those who started school over the summer. Isla Vista, Goleta and Santa Barbara appear like such social places, but that allure is a façade: it is precisely because our locale seems inviting, that we need to do more to make sure that first-year and second-year students know that we are looking out for their success. In her 2015 ESPN article about the January 2014 suicide of 19-year-old Madison Holleran at the University of Pennsylvania, writer Kate Fagan said, “Freshman year of college can be like running an obstacle course wearing a blindfold. Nothing prepares you for how hard the workouts will be, how long they last, what each class will be like, which events are fun and which should be avoided.”

There are people much more qualified than I am to help suicidal and depressed students, but I wrote this essay because I want to start a movement at our University not just about suicide, but about the ways that suicide intersects with so many of the facets of Gaucho life. There is a tendency at UCSB to view suicide independent of the factors that contribute to it, and which are inspired by it. Let’s start a new conversation.

Let’s start by expanding suicide-and-depression-related programming at UCSB by having undergraduate and graduate students share their ideas with C.A.P.S. I am a huge fan of Acacia Counseling in Isla Vista, where I have been receiving individual and group therapy for most of my time at UCSB, and I would love to see some sort of partnership between Acacia, UCSB and the American Foundation for Suicide Prevention (afsp.org) to offer support groups for those who feel suicidal and for survivors of suicide loss.

Let’s also create more campus-wide and department-specific conversations about the way that mental health has a tendency to interact with most other areas of our lives. Instead of looking at mental health as an independent phenomenon, I would like to see greater accountability from organizations, departments and their leadership to account for suicide and depression when it comes to Greek life, freshmen orientation, nutrition, sports and wellness, mentoring and advising, teaching assistant (TA) and research assistant (RA) education, international student services, alcohol and drug abuse and lastly, social inclusion and inclusion.

A common Nepali proverb is सास छउन्जेल आस, which roughly translates as “Where there is breath, there is hope.” I accept the statistics and the knowledge that suicide is an American epidemic, but I also know that I can do more, that we can do more. I just want every student to believe that being a Gaucho is about standing together because, in the words of Bill Withers, “We all need somebody to lean on.”

* Names have been changed to protect identities.

I am torn about the discussion of suicide. On one hand, reaching individuals who have become suicidal “organically” can save lives by pulling them back from the brink. On the other hand, I wonder if discussing it too much can lead depressed individuals to consider suicide when it otherwise would not have been something they had previously considered. Google “copycat suicide”, “suicide contagion”, and/or “suicide cluster”. Ironically, in trying to prevent suicide, it’s possible to actually cause suicide. Also, I wonder if framing one’s freshman year as something to be anxious about leads to more anxiety. In doing so, are… Read more »

Thanks for reading my op-ed, and then sharing your thoughts. I agree that there is no easy way to figure this out. I think my idea about bringing it up during freshman orientation (or some version of it) was that students knew that they had allies, and that succeeding at UCSB did not have to come at the cost of their own mental health issues. If anything, what I am talking about is re-framing the discussion of what defines collegiate success i.e. Not just academic, but wellness.

I should also add that I’m sure the author has the best intentions. However, I don’t know if bringing up the spectre of suicides among people you are meeting for the first time is appropriate. While most (all) people would react graciously, it’s a bummer, and it could affect them negatively (maybe even have them contemplating suicide?). I mean, icebreakers are there to break the tension and get people feeling at ease. Starting off with suicides represents the opposite of an icebreaker. You may also feel better yourself if you stop defining yourself by suicides and start focusing on more… Read more »

Hi, I only bring up suicide in my sections so that my students know they have an ally or someone who won’t judge them about issues related to depression or suicide ideation. Also, bringing up positive aspects of life is great, but it is precisely this attempt to cover up or not talk about depression that makes me only want to address it more. But, I appreciate your perspective :)

As someone who has tried to kill myself twice, I really appreciate this article. I totally agree and I thank you for bringing attention to the prominence of this issue!

Thanks for reading and responding! If you would like to continue the conversation, please email me!