The Daily Nexus
Water Polo
No. 7 Gauchos Aspire To Upset Top-Ranked UCLA
October 13, 2016 at 5:08 am by Jorge Mercado 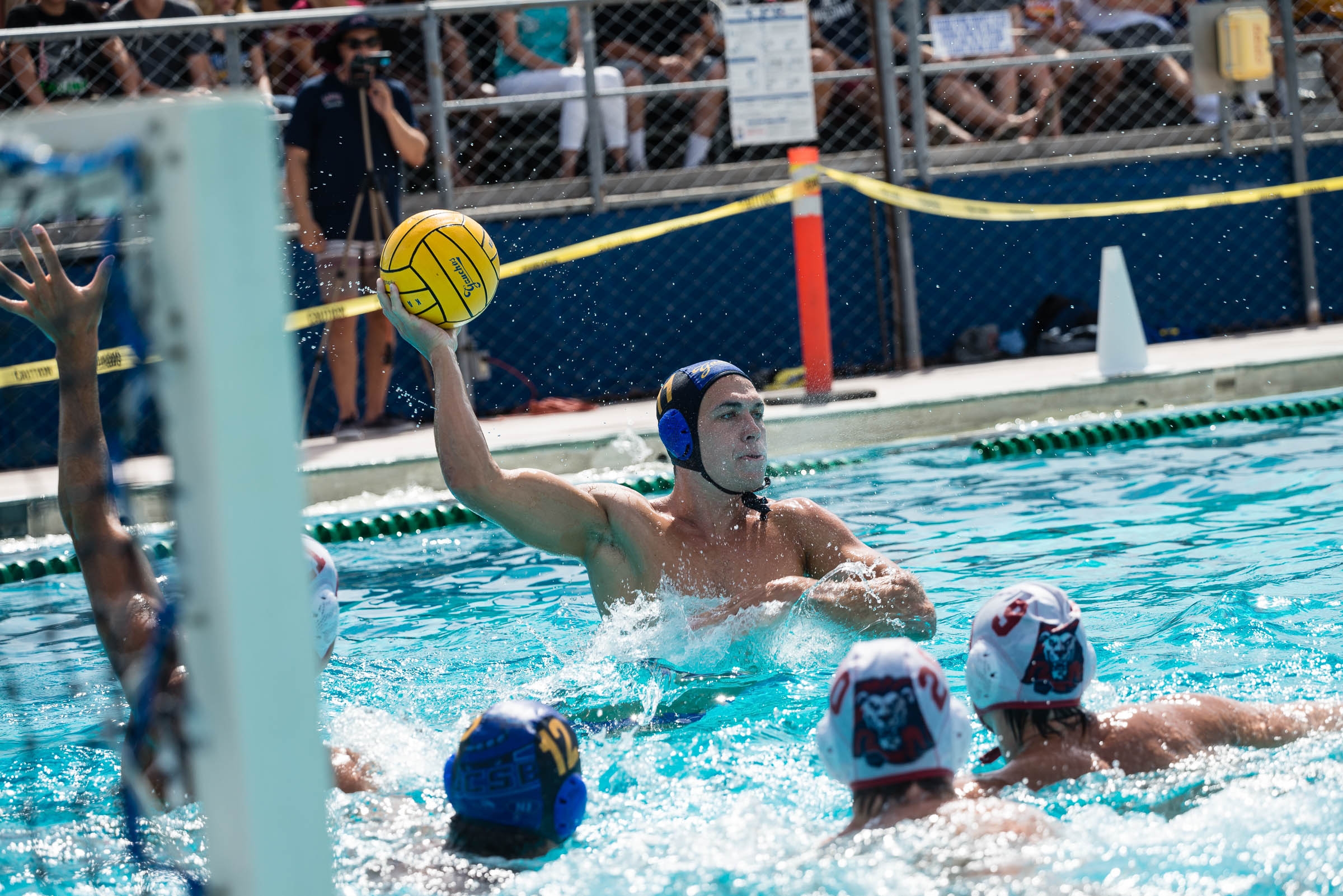 After holding on to a big victory at Pepperdine last week, the No. 7 UCSB men’s water polo team comes home for a quick non-conference match against the top team in the country, No. 1 UCLA.

The Gauchos host their opponents boasting an 8-4 overall, 1-0 conference record. They have yet to lose a home game this season, defeating both UC San Diego and Occidental College in mid-September.

While Santa Barbara has certainly had a solid year thus far, its nothing compared to the year UCLA is having. Currently the Bruins are a perfect 19-0 on the season and are in the midst of an astounding 52-game winning streak, the new NCAA record which was just set this past Sunday in their 15-8 win over UC Davis.

2015 was certainly a busy year for the Bruins, as they went a perfect 30-0 en route to a conference championship and their second straight NCAA championship. They also were winners of the NorCal Invite and the SoCal Invite.

Having not lost a match in a bit under two years — 692 days to be exact — when they face off against UCSB, it certainly will be no easy feat for the Gauchos to be the first team to hand them their first loss. The reigning National Champions have won their last 52 matches by outscoring their opponents 700-278 and have only allowed one team — Cal in last years’s MPSF championship — to score double digits in a single game.

During that span, Santa Barbara and UCLA have met only once, last year in a conference game that saw the overwhelming favorites win 9-4 at the Bruins home pool.

The last time UCSB defeated UCLA was in 2012 during the Southern California Tournament — which took place in Santa Barbara — 11-10. Before that big victory, it had not defeated the Bruins since October of 1992. In fact, all-time, the current No. 1 team in the country has dominated Santa Barbara 100-17-1.

With this matchup set to take place at Campus Pool, the Gauchos, with the help of a thunderous crowd, might be able to pull off one of the biggest upsets in UCSB sports history.

In order to do so, Santa Barbara will need to rely heavily on senior utility Reed Cotterill and junior attacker Shane Hauschild. Both players scored four goals in their match against Pepperdine last weekend, and for Cotterill, it was his second four-goal performance of the season.

Defensively, the Gauchos have been led by senior goalkeeper Liam Lenihan. In his last start at Pepperdine, he racked up five saves and one steal while allowing eight goals. In his nine starts this season, the senior has tallied 46 saves while surrendering 51 goals.

Of course, pulling of an upset of this caliber is no easy feat when considering the players Santa Barbara will face on the other side of the pool. Offense has certainly been a focal point this season for the Bruins as they have outscored their opponents 263-96 in their 19 wins this season.

Five players for UCLA have scored over 20 goals during this campaign with the highest scorer being senior attacker Patrick Fellner with 27 shots going through the back of the net.

In the cage, the Bruins have been stellar as well thanks to senior Garrett Danner. The goalkeeper has been a consistent force since his freshman year when he became UCLA’s first MPSF Newcomer of the Year and is most definitely a key component in the 52-game winning streak.

Last year, his 21 saves against Cal led them to a close 12-11 victory in the MPSF championship game, and over his first three full seasons he has never allowed more than 150 goals in a single season, maintaining an amazing 6.10 goals allowed per game average.

Certainly, this is the classic David vs. Goliath matchup setting up to take place today, but the possibility of an upset still happening sure makes it worth going to see the match. Even with a valiant effort, there will definitely be a lot UCSB can take from this game against the No. 1 team.