KCSB’s newest shows are hitting the FM airwaves, and there’s something for everyone at any hour of the day. Eclectic vibes and quirky show names are guaranteed. 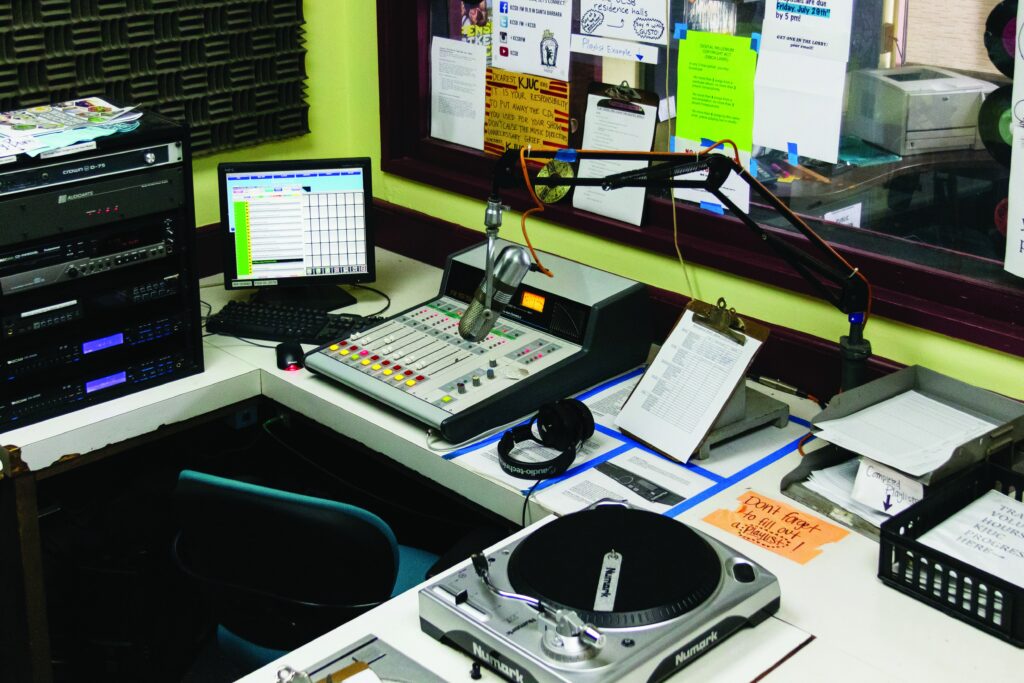 Rat Meat Salad
Nicholas Juskie, a fourth-year film and philosophy double major, will be producing his show “Rat Meat Salad,” which airs 3-5 a.m. Sunday. Juskie will be featuring punk and instrumental hip hop. Describing his song choices as “lo-fi and gritty,” Juskie feels the music he plays has a unique gutter feel that is embodied by rat meat.

Airing 2-4 a.m. on Monday mornings, Valenzuela’s show will also feature music genres that reflect her mood at the moment, such as indie folk, eclectic and dream pop. Valenzuela will also share poems and stories she finds impactful.

Galactic Recess
Since her show “Galactic Recess” airs at the early hours of 4-6 a.m. on Wednesday, fourth-year psychology major Sunna Thorkelsdottir hopes to provide chill music for listeners to start their day. The show is centered on the modern psychedelic music that has gained popularity at music festivals.

The music is deserving of its “galactic” title; many sources of influence such as world music, sounds of nature, soul, folk and EDM have a place on Thorkelsdottir’s show. She plans to share the music’s background with her listeners as well as wherever she found it.

Reggae
“Riddim Wise Reggae,” hosted by first-year environmental studies major Brendan Abatecola, airs from 4-6 a.m. on Thursday mornings. Abatecola plays reggae from around the world and relates it to timely controversies from such regions.

Last week Abatecola spoke on police shootings in Southern California and plans to touch on Hurricane Matthew’s impact in the Caribbean and possibly the election, all through the scope of reggae music. Abatecola hopes the upbeat music helps listeners start the day off right.

Nick Geis follows the duo with his own show “The Wall.” Airing from 4-6 a.m. on Saturdays, Geis plans to fill the metaphorical wall, a space between two figures, with different jams and a new theme each week.

A version of this story appeared on p. 4 of the Thursday, Oct. 13, edition of the Daily Nexus.