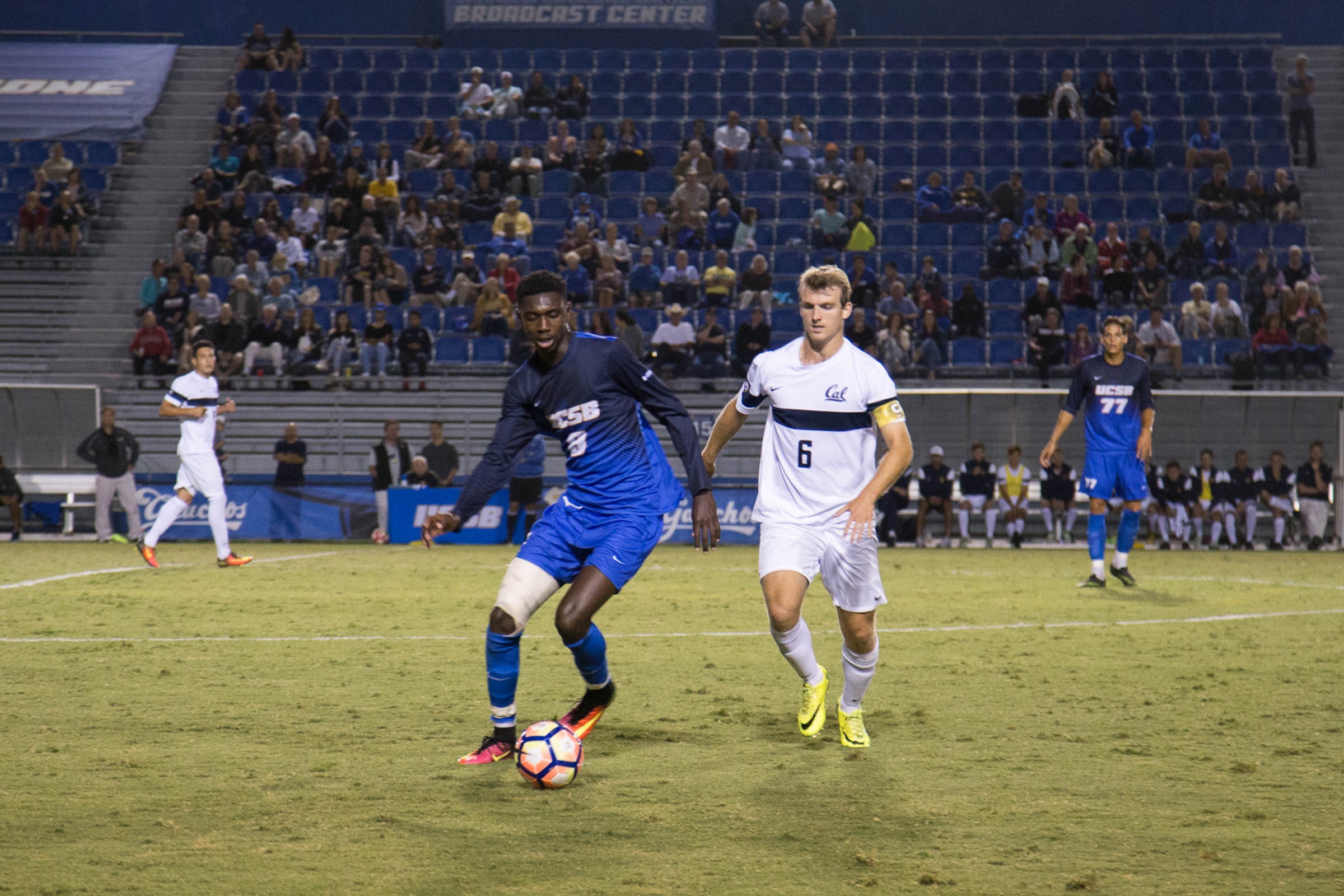 Fresh off two wins at home over UC Irvine and Cal State Northridge, the UCSB men’s soccer team hosts North division rival Cal State Sacramento in its first game of divisional play. The clash will be the final game of Santa Barbara’s three-game home stand as they look to improve upon their four-match unbeaten streak.

Santa Barbara enters the match at 7-5-1 overall and 3-0-1 in the Big West after impressing in the cross-division portion of conference play. The Hornets travel to Harder boasting a 6-5-1 overall record and a 2-2-0 conference record, second in the division, thanks to big wins over South favorites Cal State Fullerton and UC Irvine.

In their last two games, the Gauchos’ junior forward Ahinga Selemani put the rest of the conference on notice as he scored the golden goals in each meeting last week. The Ann Arbor native is third on the team in goals with four and put on spectacular performances against the Anteaters and Matadors, worthy of being named Big West Offensive Player of the Week.

Selemani, along with Kevin Feucht and Nick DePuy, has been firing all year for UCSB, as the team’s offense ranks conference-best in goals (24) and assists (24) while also being second in shots (177). Feucht, the junior midfielder, leads the Big West with 8 goals and 18 points while playing all but 35 minutes this season.

Pulling the strings just behind the goal-scoring trio has been senior midfielder Josue España, who leads the Big West in assists with seven. He has been in possibly the best form of his career, assisting in four of the last six games to properly credit his ever-present passing, crossing and dribbling in the offense’s buildup play.

Going into the Sac State match, Santa Barbara boasts an impressive 12-4-2 record in the two teams’ all-time meetings — 11-1-1 under Head Coach Tim Vom Steeg — including a 2-1win in the Hornets’ trip to Harder last year. DePuy’s brace was the difference as former Gaucho forward Geoffrey Acheampong sent in two crosses to assist the All-American striker’s goals.

Cal State Sacramento’s attack is led by senior forwards Alex Bettencourt and Nate Nugen, who each have 4 goals and 2 assists on the year, while sophomore forward Brad Bumgarner — named to the preseason All-Conference team — leads the team [[is second on the team]] with 3 assists. Junior Paul Geyer (1 goal) is the only other Hornet to start every game this season in the holding midfield role.

UCSB’s offensive prowess and recent defensive improvements have brought the Gauchos back to their early-season form when they started 4-0-0; if the Gauchos are able to carry their momentum into the Sac State match, a win would be a great result to take into Saturday’s rivalry clash at Cal Poly, who have struggled in the Big West at 0-3-1 in conference thus far.

UCSB takes on Sac State at 7:05 p.m. Wednesday, Oct. 12 at Harder Stadium. A video stream will be available on UCSBgauchos.com. Follow@thenexus_sports for all things Gaucho soccer.