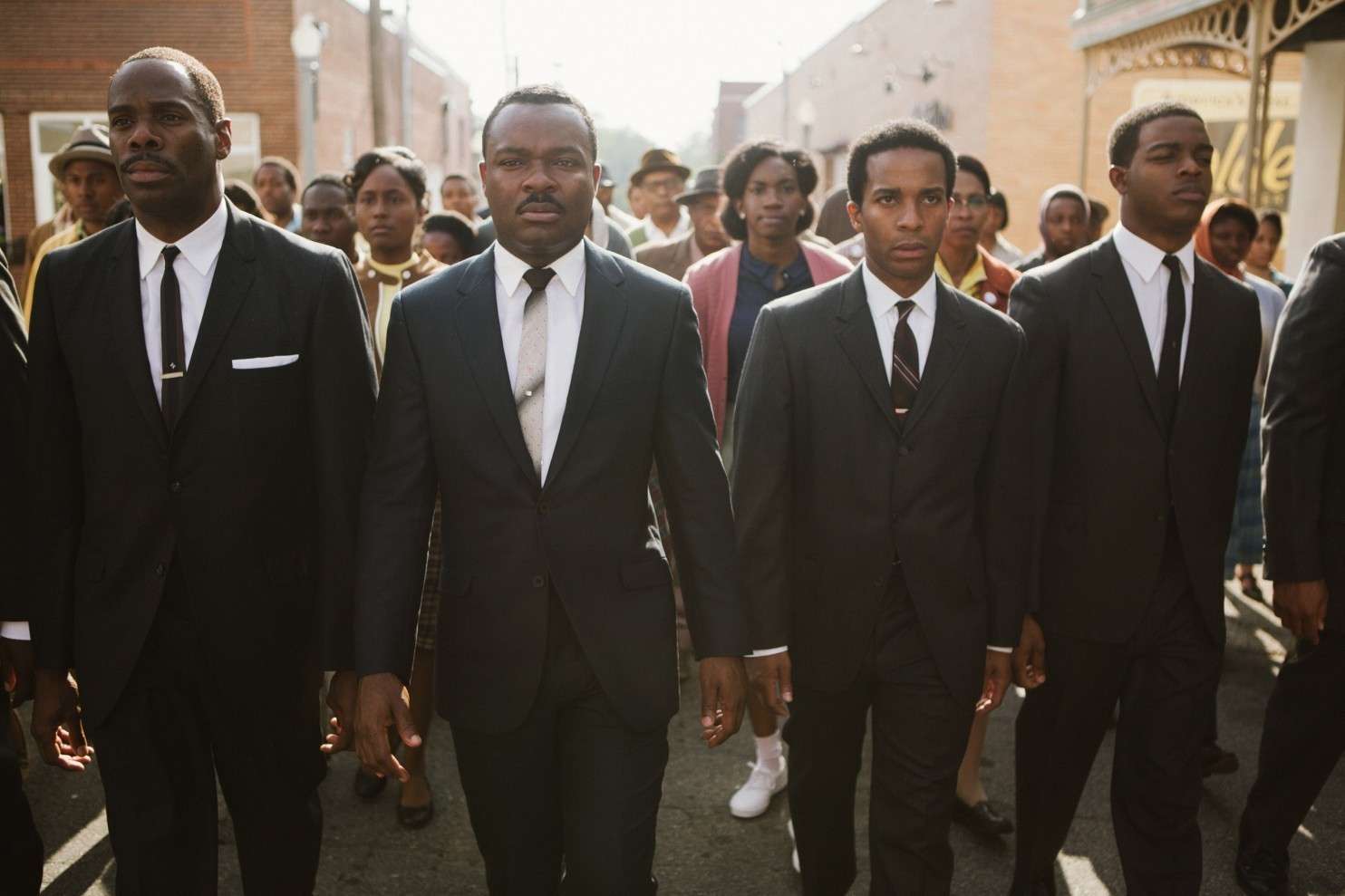 In 1965, Martin Luther King Jr. led a march through Selma, Alabama to fight for black suffrage.

Students gathered on the San Nicolas lawn Wednesday to join the Campus Democrats in a communal viewing of Ava DuVernay’s “Selma.”

Marked as one of the most decorated films of 2014, “Selma” details the events of the march that Martin Luther King Jr. spearheaded from Selma, Alabama, to Montgomery, Alabama. King championed the civil rights movement to gain equal opportunities for black people, but this specific march aimed to end Alabama’s racial discrimination in voting rights.

Though the film focuses on the racial injustice endured by black citizens in the ’60s, Campus Democrats used this as a parallel for what they see as “voter suppression” in Isla Vista.

“With representatives like Bruce Porter looking to eliminate the votes coming from UC students as well as the unofficial incorporation of Isla Vista and its opponents, the voter suppression shown in the film could be likened to what we are experiencing today,” Spencer Brandt, one of the event organizers and a candidate for the Community Services District board of directors, said.

Porter is running for Third District Supervisor of Santa Barbara County, and his opponents have alleged that his campaign is attempting to stifle voter representation in I.V. by telling students to vote in their hometown.

“Though the opponents may be wearing different hats, they are still making efforts to prevent our rights as Americans,” Brandt said.

Some audience members nodded their heads in agreement. There were about six in attendance.

Organizers also handed out a pamphlet describing an account of the actual Selma protest created by Vicki Allen, an editor for the local League of Women Voters’ newsletter, The Channel Voter. Allen has previously discussed apathy surrounding suffrage and civil rights, and a few skateboarders and bicyclists later rode in front of the projector, as though to mirror her point.

“Ignorance is the enemy we are working against,” Brandt said. “Groups like ours give students the opportunity to be educated on serious issues of both the past and present, and we hope to begin discussions on topics that most avoid.”

“I would have never thought to connect the message of “Selma” to our situation in I.V.,” Madiraju said. “It’s crazy that the idea of voter suppression can still be seen in many places throughout the world.”

The problem is not *just* that Bruce Porter is running a dog-whistle campaign to urge students to vote elsewhere. The problem is that he hired an operative who in 2009 sat in court trying to toss out ALL of 9,700 UCSB/Isla Vista votes after the Conservative supervisor candidate she worked for, lost.

And Porter hired her knowing that and is dishonestly defending her in his letter to the editor.