The Daily Nexus
News
Vista Point: Exciting Events Happening in Isla Vista This Week
October 6, 2016 at 5:00 am by Staff Report

Get the low-down on all things I.V. for the week, from the return of First Fridays to SBCF’s monthly food distribution 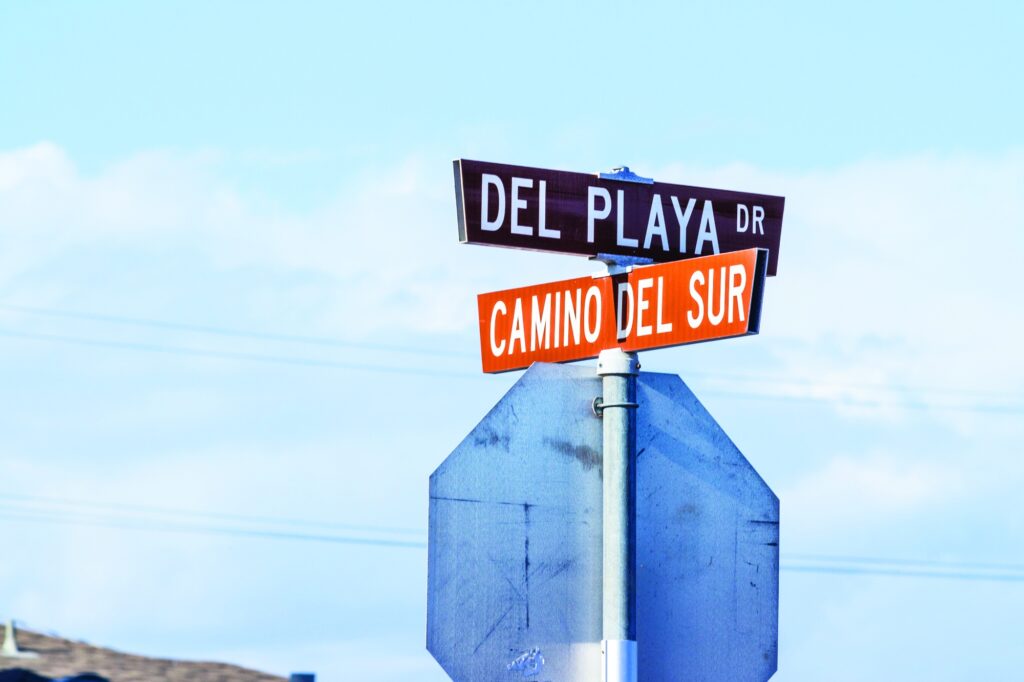 I.V. politics will be popping this week, what with the Third Disrict County Supervisor debate, the push to register at least 13,000 I.V. residents to vote for the November elections and the meeting for the future of the IVCC. McLane Brown / Daily Nexus

COMMUNITY CENTER
A meeting to discuss the future of the Isla Vista (I.V.) Community Center will be held at 5 p.m. Thursday at the I.V. Clinic building. The County of Santa Barbara has already granted zoning approval to the former church and bank building at 976 Embarcadero Del Mar, and Third District County Supervisor Doreen Farr secured a $485,000 grant in 2015 toward its refurbishment. That amount is insufficient for what is needed to fully renovate the building, and organizers now meet to figure out how to acquire more capital funds.

FOODBANK
The Santa Barbara County Foodbank hosts its monthly food distribution Thursday at Isla Vista Elementary School from 3:30 p.m. to 5:30 p.m. The event is part of the Healthy School Pantry Program, which works to address food insecurity amongst children and families in the community. The Foodbank is simultaneously hosting a Community Resources Fair at the event for residents to learn where they can find food resources in Isla Vista.

FIRST FRIDAY
I.V. First Fridays will return to the calendar at 8 p.m. Friday in Perfect Park. The event, which happens the first Friday of every month, will feature free food from C’est Cheese, China Pavilion at Chapala, Kyle’s Kitchen and Woodstock’s Pizza. The event will also feature live music from local acts Choice, Kaysin and The Real Savage Henry. The event is intended to provide a safe form of late-night entertainment in I.V.

COMPOSTING
A representative from Healing Grounds Nursery will be leading a home gardening and composting workshop at 12 p.m. Saturday in front of the I.V. Food Co-op. Snacks will be provided.

VEGAN
A local group called Food Not Bombs will serve free vegan food at 5 p.m. Sunday in Little Acorn Park (next to Bagel Cafe). Those interested in cooking can email organizers at foodnotbombsislavista@gmail.com. This dinner is regularly held every Sunday.

VOTERS
Community volunteers are currently working to register 13,000 voters in Isla Vista and at UCSB. In years past, UCSB has been one of the top universities in terms of registering voters with as many as 11,000 voters. This year, volunteers hope to set a new record by registering thousands more for the November election. The last day to register is Oct. 24

STATE OF THE UNION
The next Isla Vista Community Network meeting will be held Thursday, Oct. 13 at the I.V. Clinic building. The meeting will run from 11:45 a.m. to 1:15 p.m., and lunch will be provided. Stakeholders involved in I.V. — heads of local nonprofit organizations, volunteers, long-term residents, students, county representatives and Isla Vista Foot Patrol officers — will update one another on the status of their respective groups as they relate to the community. I.V. Community Network meetings are regularly held on the second Thursday of every month.

IVRPD
The Isla Vista Recreation & Parks District (IVRPD) board of directors will be meeting at 6 p.m. on Thursday, Oct. 13 in the IVRPD building next to the I.V. Food Co-op. The board of directors regularly meets on the second Thursday of every month.

DEBATE
The Nexus, KCSB and The Bottom Line will co-host a debate between Bruce Porter and Joan Hartmann, the candidates for Third District County Supervisor. The debate will be Thursday, Oct. 13 at I.V. Theater starting at 6:30 p.m.

A version of this story appeared on p.3 of the Thursday, October 6, 2016 print edition of the Daily Nexus.