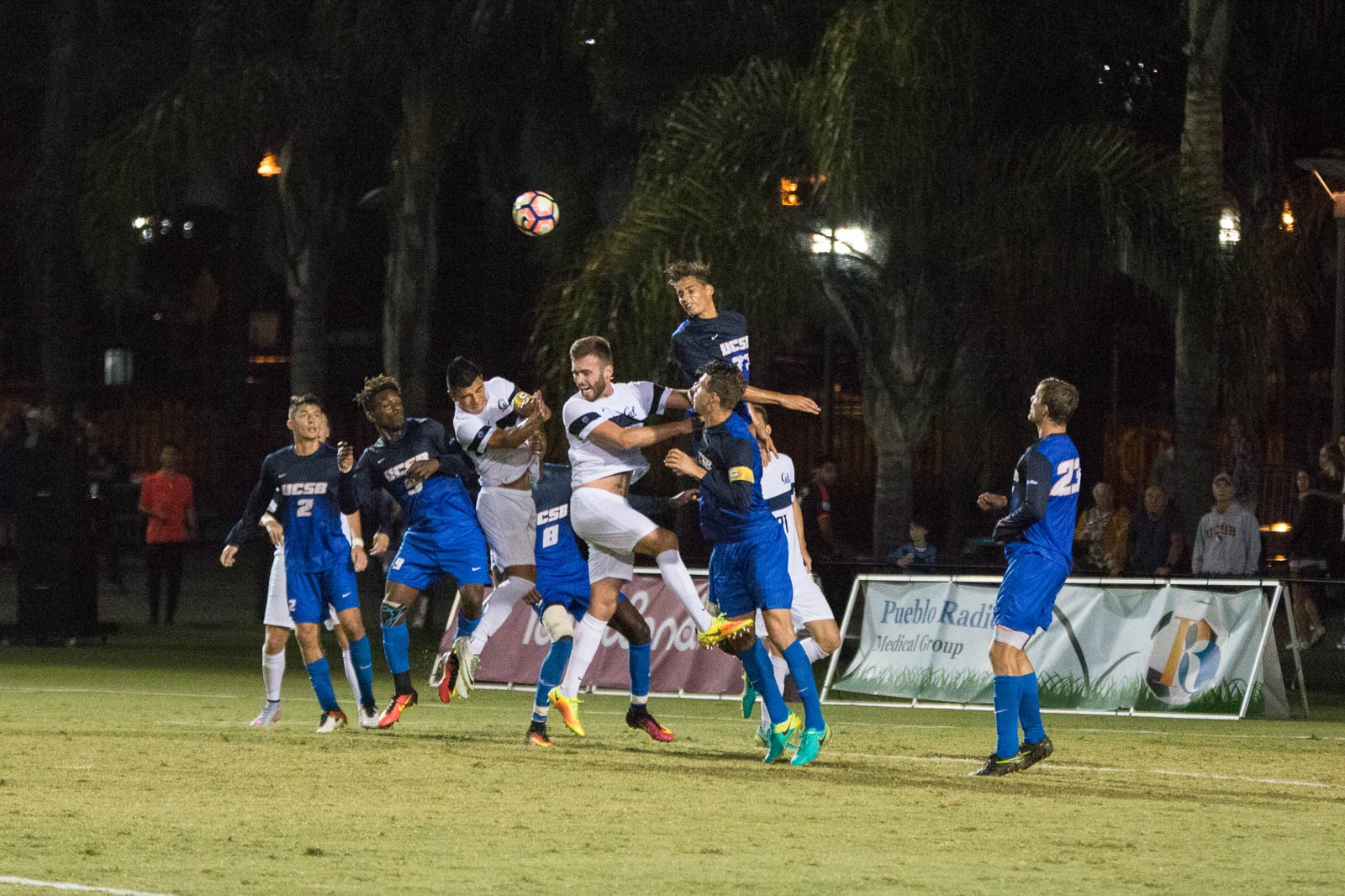 Feucht’s late game heroics earned the Gauchos their first win in almost a month, after enduring a slump that included three consecutive losses in their last home stand. He also earned his first career Big West Offensive Player of the Week award after.

UCSB now sits at an even 5-5-1 overall and is 1-0-1 in Big West play, hoping to continue its undefeated start to conference play against Irvine. UCI has struggled lately and will enter the match on a three-game losing streak along with a 2-9-0 (0-2-0) record.

The Gauchos are the early leaders in the Big West North as the only remaining program with an undefeated conference record. Meanwhile, the Anteaters are in last at fourth place in the South division.

Feucht’s recent form has been the best of his career, having scored in the Gauchos’ last five-straight matches. This makes him just one of six players in UCSB history to do so while tying striker Nick DePuy for the second-longest streak in program history behind Rob Friend’s impressive 12-game record. The junior midfielder is ninth in the nation with eight goals and two assists, while DePuy has five goals and an assist.

Quietly setting the pace in the midfield is senior Josue España, who is on a similarly impressive run. He’s assisted in three of the Gauchos’ last four games and is tied for seventh in the country with six assists. He and senior midfielder Andy Perez, who has three assists, have been great outlets on the wings to send in crosses to DePuy and Feucht.

“It’s good to have players like that,” España said. “I personally don’t care if I score, I’d rather give the assist, which is what I’m doing now, and thank God that we have players that can help our team put balls in the back of the net.”

UCSB’s offense has been thriving as of late, scoring nine goals in its last four contests. The team’s 2.25 goal average in these last four matches ranks well above their average season mark of 1.91 goals per game. However, defensive mistakes have been the Gauchos’ biggest struggle as they have allowed 1.84 goals per game.

“Offensively, I think we’re fine, but as a team we have to work on the defensive side,” España said. “Personally, I think if we play well defensively we’ll end up scoring anyways, so I take pride in the defensive part because I know we’ll get our goal.”

The conference rivals are usually competitive to say the least. Both teams have split the last 19 matches at Harder Stadium 9-9-1, but the Gauchos have taken the last three on their home soil.

“We all feel really good about the next match,” said España. “We got a win to get us out of the slump, and now we want to focus on improving our record. Next game is a perfect chance to do that.”

Following a tie and a win since their five-game skid, España and the Gauchos will look to build on the momentum they’ve got going to propel them to a trio of wins in their upcoming home stand.

UCSB and UC Irvine will face each other today at 7:30 p.m. at Harder Stadium. A video stream of the game will be available on the schedule page of the men’s soccer page on UCSBgauchos.com. Follow @thenexus_sports for live coverage.