After a 2-2 outing and seventh place finish at last weekend’s Mountain Pacific Invitational, the No. 7 UCSB men’s water polo team will remain in Berkley to face No. 2 Cal for a Saturday rematch.

Santa Barbara has the opportunity to pull off a tremendous upset, having not defeated Cal since a 7-6 double overtime victory on Oct. 17, 2004. The Gauchos earned that victory in their visit to the Spieker Aquatics Complex then and will hope to reproduce winning results in their trip this Saturday. 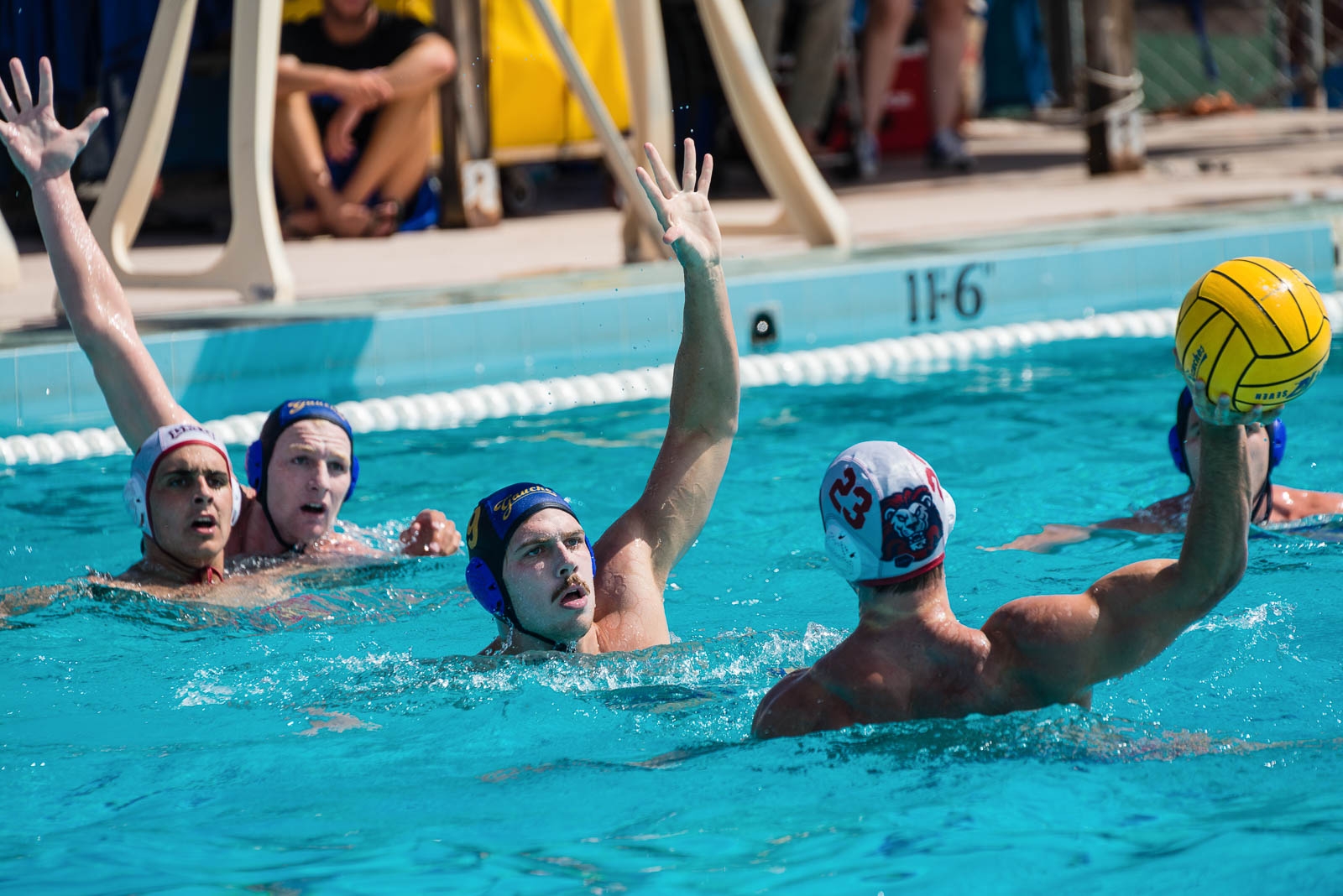 Winners in four of their last six matches, the Gauchos three-match winning streak entering day two of the invitational was ended by Cal in a 15-8 loss. Despite encountering another loss the following match, UCSB concluded the invitational with a win and will enter this weekend at 7-3 overall.

Playing host in the Mountain Pacific Invitational, Cal was the championship runner-up to No. 1 UCLA after enduring its first defeat of the season in a 10-7 loss to the Bruins. The Golden Bears will look to improve upon their 11-1 record.

However, for UCSB, overcoming its 12-year winning drought vs. Cal will be no easy feat. In what will be the only regular season matchup between the two programs this year, the anticipation surrounding the Gaucho-Golden Bear showdown has certainly increased after meeting each other a total of four times last season.

Entering Saturday with an advantage will be Cal as it won each of the four matches.

Despite already experiencing a loss to the Golden Bears last Saturday, the Gauchos remain confident in their capabilities to overcome their hump but know they must sustain consistency against Cal’s ongoing attack.

“[Last Saturday it was] 9-8 in the third quarter. [We] gave up a couple of sloppy goals,” Asssitant Coach Ryan McMillen said. “It’s a four quarter game. We had three good quarters, [so] we’re working towards having four solid quarters on Saturday.”

Still, the Gauchos’ potential to upset the Golden Bears remains probable behind the recent play of senior utility Reed Cotterill. A transfer from Golden West College, Cotterill is emerging as one of Santa Barbara’s top players after playing in 28 games, scoring 25 goals and tallying seven assists in his first season at UCSB.

Cotterill leads the Gauchos in scoring with 15 goals and recently helped Santa Barbara get back on a winning track with a hat trick performance against No. 14 Princeton last Saturday.

Aiding Cotterill has been the play of junior attacker Shane Hauschild. A Santa Barbara native, Hauschild finds himself second on the team in goals with 14 and is the team’s leader in shots and assists.

While much time remains on the Gauchos’ schedule to develop as a team, Hauschild understands his role when in the pool and is looking to establish himself more as a team leader.

“It’s been a new role for me this year,” Hauschild said. “In my first two years I scored a lot because I was the young kid that other teams thought they could leave me and let me try to beat them by myself. This year, me and Reed are getting more of that attention because we’re the older players. [Teams] kind of know who we are are so that’s opening things up for a lot of other guys on our team. I think this year will be a lot more balance scoring wise between everyone as opposed to one or two guys having way more goals than everyone else.”

As UCSB will hope to establish balance on offense, it will need to ensure it does the same on defense as it prepares to face one of the nation’s best players.

A pivotal asset within the Golden Bears’ success over the Gauchos all last season and currently having a strong 2016 campaign thus far is sophomore attacker Johnny Hooper.

Building off an excellent freshman year in which he was crowned the 2015 MPSF Newcomer of the Year, Hooper’s current team-high of 37 goals ranks atop the conference in scoring along with his league-leading 3.08 goals per game.

While Hooper serves as the Golden Bears primary attacker on offense, Cal possesses an arsenal of scorers that can emerge during any period of the game. Overall, the Golden Bears offense has accumulated a conference-high 192 team goals in 12 games played and lead the MPSF with 16.0 goals per game.

Set to face one of the most lethal offenses in the nation, it’s inevitable that the Gauchos’ defense will be tested. Cal is one of three teams this season that has reached UCSB’s season-high of 15 goals allowed.

While no team can truly put the Golden Bears’ offense to a halt, Santa Barbara did return to the drawing board in pursuit of different results come Saturday. But it may take more than a week’s worth of practice for the Gauchos to reach their final form as a team as they have been doing double the work out of the pool.

“It’s early in the seaosn for us,” McMillen said. “We just got done with our hell month. Most other school weren’t going through that, they were through two hard weeks. We were going eight hours a day for the first four weeks with a day off each week. Now school just started, we’ve done a little bit of a taper and we’re only going about two and a half hours a day.”

UCSB and Cal’s matchup will begin at noon this Saturday, Oct. 1, at Spieker Aquatics Complex.