After going 0-3 in last week’s home stand, the UCSB men’s soccer team travels south to UC Riverside for the opening match of its conference season. Last season, the Gauchos had the best regular season record in the Big West, finishing 7-2-1, but a year later enters the league on a five-game skid.

Santa Barbara enters its meeting with the Highlanders at 4-5-0 having just dropped out of the Coaches’ Poll rankings this week, and there are no remaining Big West teams in the top-25. Like UCSB, Riverside is coming off an OT loss in their last game, and they sit at 4-4-1 going in. The Gauchos are 19-3-2 all-time in the matchup. 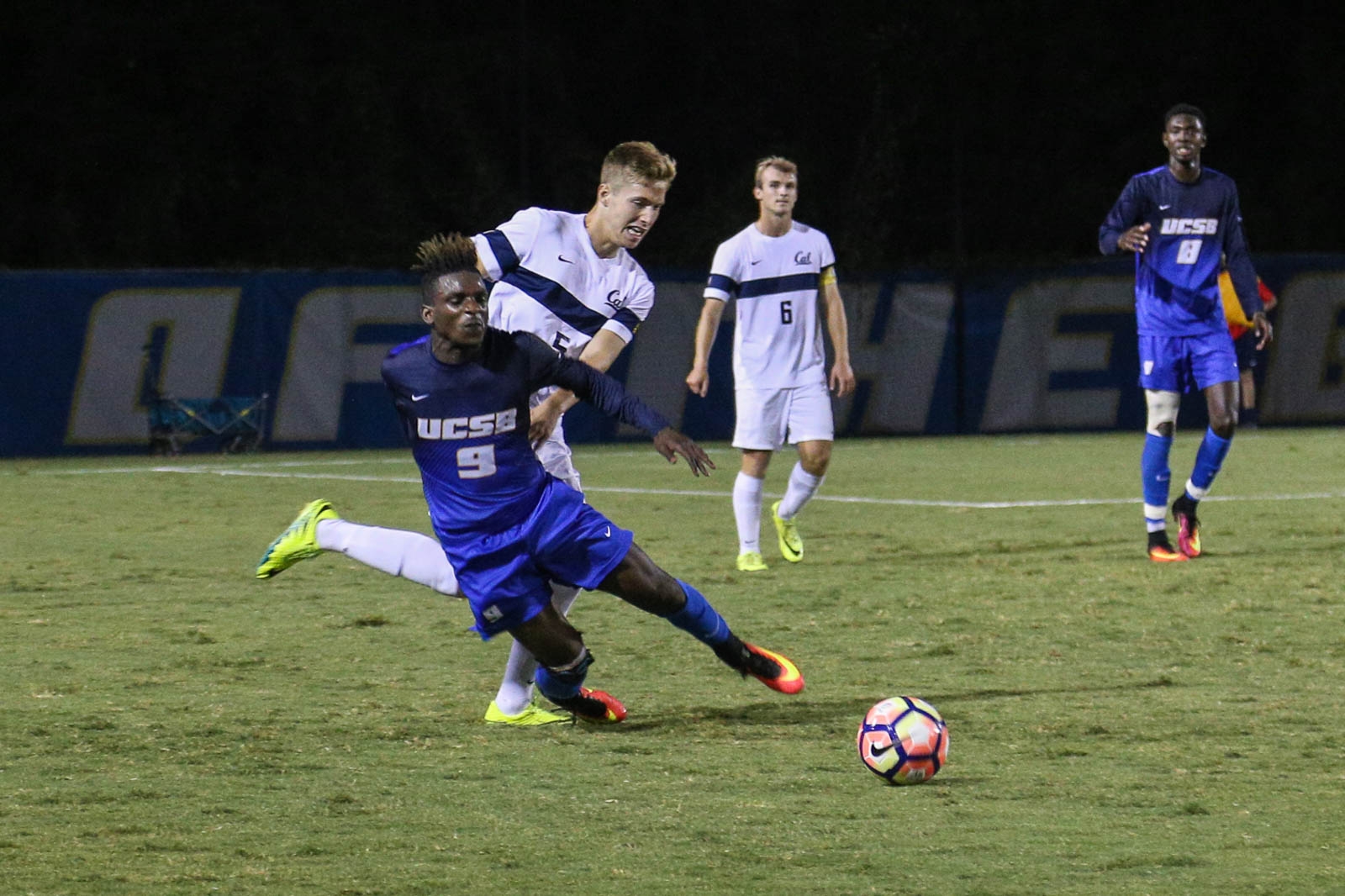 The senior has been finding his form in the last couple matches, scoring in the last two games for the Gauchos with four goals and an assist on the season. The Santa Barbara offense has been solid all year, averaging 1.89 goals per game, but their recent struggles in the back have come at a cost.

Head Coach Tim Vom Steeg was very vocal about the number of poor mistakes in the back, however, and what it has done to throw away several leads in the last couple games. In their current losing streak, UCSB has been outscored 15-8 and have allowed 1.96 goals on the season. Freshman goalkeeper Titouan Le Roux has 37 saves this year, the third highest of Big West keepers while playing every minute for the Gauchos, but the defense as a unit has been lacking.

“Goals happen from mistakes, and in soccer especially one goal can lose you the game,” said junior midfielder Kevin Feucht. “It’s kind of mentally unlucky in the last 20 minutes when we let in that one goal at the end of the game when we actually can win it.”

Junior midfielder Kevin Feucht has been the brightest spot in the highly talented team, scoring a Big West-high six goals and 14 points in his box-to-box role. The German has scored from the penalty spot, the run of play and a couple headers, along with all of the defensive work he is responsible for in the middle.

“I don’t want to say I’ve been lucky because luck comes from hard work,” Feucht said. “In an average game I run eight or nine miles so I put work on the field, and I’ve been lucky getting goals and just trying to help the team.”

The Gaucho midfield has looked good going forward in general, with wingers supplying plenty of crosses for the target man DePuy. Senior Josue España leads the team with four assists, and UCSB has had a credited assist on all 17 goals this season, many thanks to Feucht and España’s distribution.

Santa Barbara will be eagerly waiting for the return of freshman midfielder Daniel Amo, as he recovers from a groin injury suffered in his star performance in the UCLA loss. The Ghanian played in all seven matches and was quickly becoming a solid holding presence in the center of the park. Amo will surely slot right back in as soon as he is match fit again.

In a press conference after the Loyola Marymount loss, Vom Steeg expressed his belief in the possibility of the Gauchos going undefeated in conference play if they become more clinical, and the team has shown for long parts of games that they can control the pace of the match.

“I think there is better improvement from losing a game than by winning because you look at mistakes made, and you stand up and become a better team,” Feucht said. “The goal for conference is, obviously, to win every game and win a championship. We want to win the conference and get a seed at Nationals and show our talent around the country.”

Feucht and co. have the chance to regroup and get their season back on track when the Gauchos travel to UC Riverside Soccer Stadium Thursday night at 7 p.m. A live audio stream is available on the schedule page of the men’s soccerUCSBgauchos.com website.