The Daily Nexus
Sports
Gauchos Enter Conference Play as Best in Big West; Open Vs. Hawaii
September 29, 2016 at 5:00 am by Antonia Bird

Conference play is finally here for Women’s Big West Soccer, and the UCSB women’s soccer team is the team to beat. With an overall record of 9-1-1, the Gauchos are ranked No. 1 in the conference standings and will kick off Big West play hosting the University of Hawaii Rainbow Wahine on Sunday, Oct. 2. 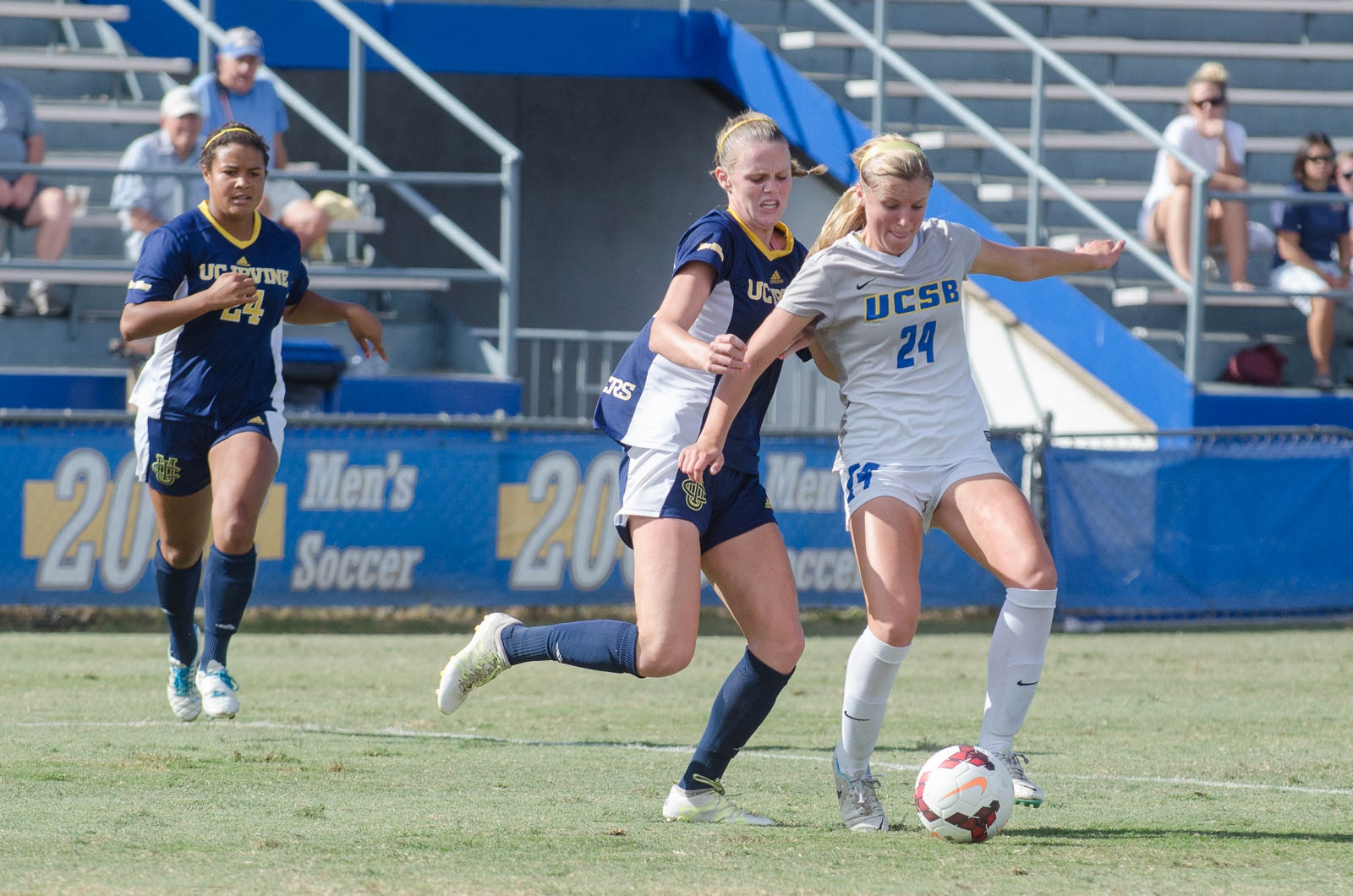 The Rainbow Wahine come into conference play with a 7-1-1 overall record, ranking them just behind the Gauchos in the Big West standings at the No. 2 spot. With the top two teams taking each other head on, Sunday’s matchup is expected to be a nail biter.

“Like us, they are having a very good year,” UCSB Head Coach Paul Stumpf said. “They should also be feeling pretty confident. [To] add on top of that, they are a very dynamic team, especially up front.”

With a total of 14 goals and seven assists so far this season, Hawaii’s offense must be contained by the Gauchos. One player in particular who is expected to be a challenge for Santa Barbara is Hawaii sophomore midfielder Raisa Strom-Okimoto. Having already contributed four goals and five assists this season, Okimoto will be eager to find ways to penetrate the UCSB defense.

Hawaii senior forward Addie Steiner also has an impressive four goals scored this season while contributing one assist. Thus far, it’s inevitable when placing both Steiner and Okimoto up front that the two make for a powerful team. Defense will have to be played well at every position for the Gauchos if they are to contain the duo early.

While the Gauchos are also known for a strong front line, their defense has emerged as a huge factor in the team’s success this season.

“We feel that defense has been very important to our success. It has been a full team effort in this area; specifically, our forwards and attacking mids have been very selfless in their effort on the defensive side of the ball,” Stumpf said. “Other than that, our back six have been very organized with our zonal defending.”

Nonetheless, the Gauchos’ defense has helped produce with contributions on offense. Senior defender Savannah Francis has contributed one goal so far this season along with three assists.

In addition, senior defender Kailey Hackett has executed two clutch assists as well. Sophomore goalkeeper Brittney Rogers continues to be a safety net for UCSB as she has a total of 25 saves this season to complement five wins.

However, no one plays better offense for the Gauchos than standout junior forward Amanda Ball. Ball has been working the field all season, scoring a team-high eight goals and has tallied one assist this season. Ball and freshman forward Shaelan Murison each have a hat trick on the year.

Tailing Ball in goals scored is sophomore forward Mallory Hromatko. The 2015 Big West Freshman of the Year award winner has netted four goals this season to go along with one assist. Sophomore midfielder Maddie Gibson leads the team in assists, having been the playmaker behind a total of four goals so far this season.

Overall, UCSB has scored a total of 22 goals and recorded 20 assists. Although the Gauchos statistics are greater than the Rainbow Wahine’s, it’s all about endurance, execution and attitude when the whistle blows on Sunday.

“I think we are feeling confident but remaining grateful and hungry for more,” Stumpf said.

The Gauchos will host the University of Hawaii this Sunday, Oct. 2 at 2 p.m. at Harder Stadium.