Students from DMK Studio and the Santa Barbara School of Performing Arts dedicate their song “A Song of Peace” to the memory of the Han Family. Courtesy of Concert Across America

250 cities in 45 states hosted concerts Sunday to promote “common sense” gun legislation in the wake of shootings and other gun-related deaths.

Sunday night’s Concert Across America to End Gun Violence in Arlington Theatre touched upon recent memories of tragedy in Santa Barbara. It pushed for gun reform in light of local deaths due to gun violence, including the murder of the Han family on March 25 and the mass shooting of six students on May 23, 2014 in Isla Vista.

The concert featured several artists from the southern California area, locally based and world famous. Individuals closely affected by the numerous acts of gun violence in recent years spoke to the crowd of over 2,000 people.

“Like you, I’m here to enjoy some great music and celebrate the lives of those who were stolen from us,” said Bob Weiss in his opening remarks Sunday night. Weiss’s daughter, Veronika Weiss, was one of the six victims of the Isla Vista shooting.

Weiss urged those in attendance to become “opinion leaders” in the Santa Barbara community, to push for gun law reform in order to “form a more perfect union.” 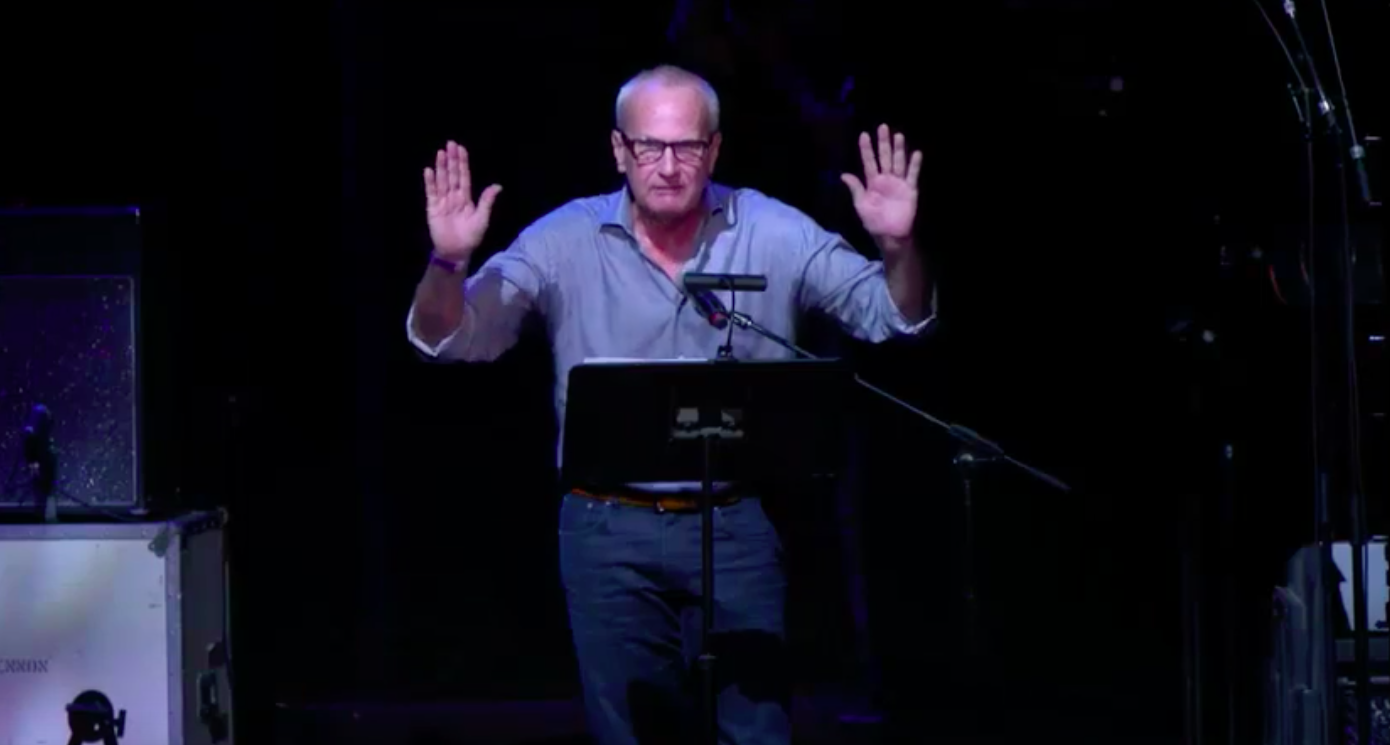 “It’s a matter of life and death,” he said. “Let me tell you from experience: nowhere in this country is safe from gun violence. We know that all too well here in Santa Barbara.”

Weiss then introduced on stage local musician Daniela Spagnola, a next-door neighbor to the Weiss family who dedicated her song “Peace Will Light the Way” to the memory of Veronika Weiss.

Dr. Jason Prystowsky, the emergency physician who worked in Cottage Hospital in Goleta on the night of May 23, 2014, shared his experiences working in cities around the country where emergency rooms see several gunshot victims in a given night, which he said tends to make physicians “hardened” to gun violence.

“The night of May 23, 2014, was a little different; this hit very close to home.” he said. “That which always happens somewhere else happened here, and that shook us up a bit.”

Prystowsky posed a few questions to the audience: “Why is it so much easier to acquire a gun than it is to acquire a psychiatrist?” and “Would a well-armed Isla Vista have made the body count higher or lower?” (Several in the audience yelled “higher” following the latter question).

On video, celebrities like film actor Jeff Bridges and singer-songwriter Jack Johnson, both of whom are Santa Barbara-area residents, asked listeners to vote for candidates who are “passionate about ending gun violence,” as Johnson put it.

Students from local singing schools DMK Studio and the Santa Barbara School of Performing Arts performed a song called “A Song of Peace” in memory of Emily Han, the 5-year-old daughter killed in March along with her mother and father. Han was a student at DMK Studio.

Taking the stage also were musical performances from UC Santa Barbara’s Naked Voices, who performed the Leonard Cohen song “Hallelujah,” and Lois Mahalia with the One Voice Choir.

The latter part of the evening featured Venice, another L.A.-based rock band comprised of two brothers and their two cousins. Frontman Kipp Lennon shared how their family has also lost someone to gun violence — his father — and how they have “survived and grown closer” and have “tried to make music out of that.”