The Daily Nexus
News
Local Elections May Profoundly Impact I.V.
September 22, 2016 at 7:33 am by Josh Ortiz 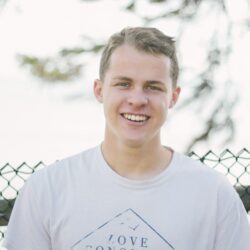 Log onto Facebook and you will probably see a newsfeed full of articles or videos on Hillary Clinton or Donald Trump. We hear the constant drum of “Trump is a short-fingered xenophobe with an odd fixation on Skittles” or “Hillary is a lying crook but is actually dead and the woman behind the podium is actually a body double.”

Believe me, I know the allure of this realm of election coverage; it can come off as ridiculous or groundbreaking or just straight-up entertaining. I am 98 percent sure that I’ve read at least one Trump-esque news article every day since the billionaire first announced his candidacy over a year ago.

Just for a moment, however, let’s take our eyes off the national election coverage and take a look at the election going on right here in our own backyard, an election that can most certainly affect our lives in a direct way.

Take, for example, the historic ballot measure to raise up a Community Services District (CSD) in Isla Vista this November. The I.V. CSD is a proposed form of local governance that will have the power to improve infrastructure and institute community policing should Measures E and F be approved by voters.

Sure, a CSD has little to do with peace in the Middle East or ending Congressional gridlock. The question of approving the I.V. CSD, however, does affect whether students will be able to walk home on a well-lit street. At the same time, having a CSD also determines how much more money in taxes students pay on a monthly basis (as much as “half a Freebirds burrito every month,” according to community organizer Jonathan Abboud).

Indeed, this local election really does have its own sense of thrill; it’s the consummation of nearly two years of reporting in I.V. on my end. In this other realm of election coverage we also see the work of an influential local political party — the Santa Barbara County Democrats.

Prior to this endorsement, many of the candidates expressed the influence it would have in determining the outcome of the November election. The Democratic Party provides candidates with access to an unprecedented amount of resources: mail-in flyers, volunteer forces and cooperation with the campaigns of other local candidates and measures.

One other candidate, Andrew Gabriel Pragin, even said it would be a significant setback to not receive such an endorsement. He sought the endorsement, but was passed up by the local party officials. Now he fights what he called an “uphill battle” to get a foothold in this election, the struggle to receive the endorsement of other local political entities without the approval of the Democratic Party behind him.

Look also at the race to elect the Third District County Supervisor. The two candidates vying for the position this November are Bruce Porter and Joan Hartmann. The two are far from being a Hillary-Trump dichotomy, but their competition for the seat is a determining factor in Isla Vista affairs.

Without a CSD, the Santa Barbara County is the only governing entity (other than the Isla Vista Recreation & Parks District) responsible for the college town, and the Third District County Supervisor serves as the sole representative of Isla Vista on the county board of supervisors.

That being said, the Third District County Supervisor will be a large voice in the things that affect students in Isla Vista, such as the amount of policing in Isla Vista during Halloween and Deltopia.

This upcoming school year, I encourage you to follow the local election cycle. This is the election where we can see history unfold in Isla Vista and see the face of representation change in Santa Barbara County.

My personal recommendation: check in with the Nexus on all your local election coverage as often as you check in with Facebook on all things Donald Trump and Hillary Clinton.