The Daily Nexus
News
A Nexite Abroad Shares Political Parallels in Spain
September 22, 2016 at 7:15 am by Maura Fox

Hey there, Gauchos! My name is Maura and I’m a third-year English and Global Studies double major. While most quarters I can be found burrowed under Storke Tower writing for the Daily Nexus or running on the bluffs by Campus Point, this fall term I am studying abroad in the Spanish capital of Madrid. 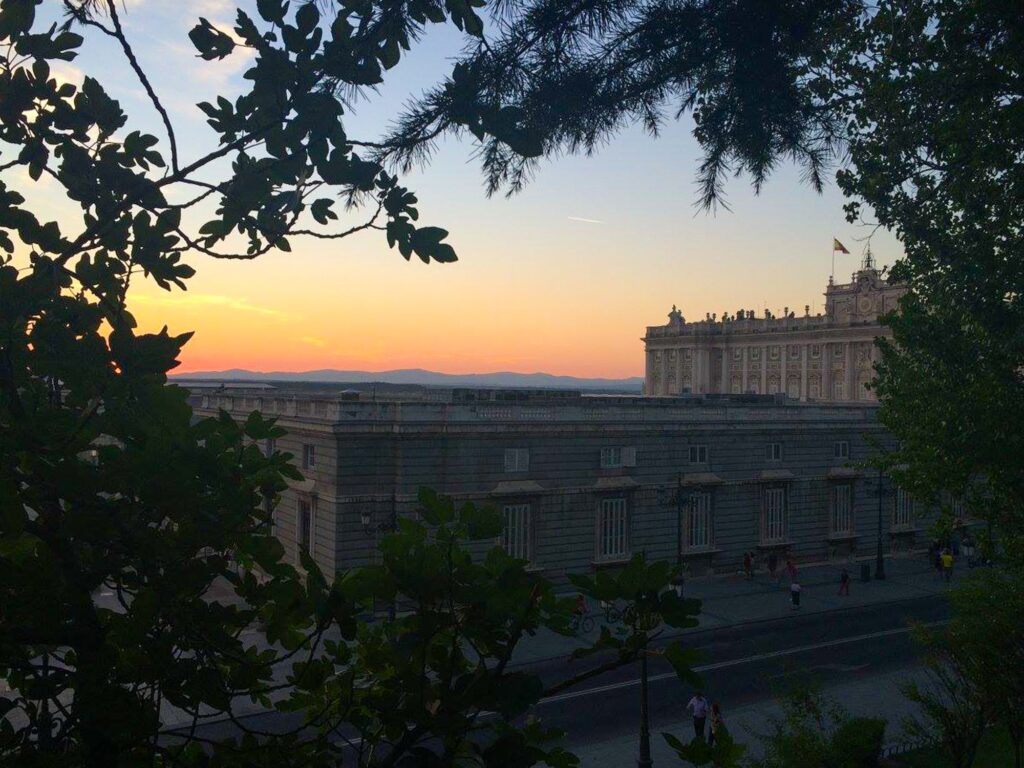 Former Uni. News Editor Maura Fox tries to avoid a stereotypical letter home while abroad by providing some insight to the politics of her current home of Madrid, Spain, instead of just relaying her own experiences. Maura Fox/Daily Nexus

Oh yes, I’m sure you can tell where this is going. Like every basic girl who undertakes a semester in Europe, I naturally want to share every little bit of it with every person I can. This means you, dear reader, because — don’t lie — I know you’re dying to hear about Spain. Who wouldn’t be?

Yet, at the same time, I would feel rather lame if I used this space in the Nexus to tell you about my day to day life in Madrid; that is another blog for another audience (i.e. my parents).

And frankly, you don’t care; there are so many bigger issues happening in Europe besides my discovery of a neat coffee shop that carries vegan pastries (which is, mind you, very exciting).

Instead, I want to tell you about Madrid as a city and Spain as a country, all through my own lens.

I love Spain; I really, really do. The streets are quaint but busy, the people are kind and everywhere I turn, there’s a little piece of history that is so rich. As I take classes on contemporary Spain, I am learning that its rich history laces itself into the present day. I learned that for years, Spain was an outlier country, seen as horribly different in the eyes of the rest of Europe. And I’ve also learned how far Spain has come from being the colonizer that “found” California (thanks for all the Spanish styled homes and missions, much love).

The Spain we see today is a real front-runner: vibrant, cultural, diverse and, to boot, has the best nightlife I’ve ever seen (I.V., the frat boy’s dream, has nothing on Madrid and Barcelona). Madrid itself is able to maintain its old architecture and historical influence, while also being incredibly environmentally conscious and clean and having so many vegan restaurants with tofu and vegan cheese. It’s the little things that mean a lot, you guys.

Madrid, Spain is wonderful and I want to share that with you. And, as a news writer, I want to keep you informed about what’s going on in Spain and how just maybe, it could relate to you back at home.

Today I want to start with social unrest. Yes, the very social unrest that allows us to thrive as college students, fighting “the man” and all he represents.

In Spain, “the man” comes in the form of a weak and ineffective government. You see, the Spanish-elected Parliament is having a tough time deciding who is president, and what I really mean by this is currently, Spain just doesn’t have a president. (In Spain, the people elect a Parliament, which then votes on who will be president. This is a simplistic version of a complex issue, and if you’d like more detail, please consult a nearby Spanish government book.)

As there is no president, the government is basically useless and cannot pass legislation or make any changes to the current, struggling system.

I know our own U.S. elections are a current topic of contention, but let yourself consider an America without someone, anyone, in the Oval for an indefinite period of time; there would be chaos in the streets.

And this is my problem: I have seen ZERO chaos in the streets here. Yes, I do only live in Madrid and cannot speak for all of Spain, but you’d think in the capital city people would be loud and angry, asking, what kind of civilized government cannot decide on its own leader?

Naturally, I took to asking my Spanish professor, in Spanish, mind you, because obviously that was the best way to get clear and accurate information. She explained to me that way back in 2008, when the Spanish economy took one of its hardest hits, people were upset, and rightfully so. Job opportunities plummeted and there were los recortes (budget cuts) across the board. Spaniards were hurting. There were riots, protests and Spain’s own 15-M movement of 2011 even inspired the U.S. Occupy Wall Street movement.

Eight years later, unemployment in Spain is around 33 percent and the economy is still a mess (believe me, stuff is cheap). But the difference is that now, things are quiet. People seem content, fine, thus leading to my confusion.

Frankly, this made me quite sad. Unemployment is through the roof, families are struggling and the government, locked in its own indecisions, is unable to do anything. And now, to make matters worse, Spaniards are tired of fighting, they’re tired of yelling, they’re just tired. And I can’t really blame them. (It’s hard to live a life of anger when you live in one of the most beautiful countries and have a daily siesta.)

I cannot do anything to fix Spain. I hate to admit my own inabilities, but I really can’t. Neither can you, over in Santa Barbara. So here’s what you can do, and this is the point I’ll leave you with: don’t get tired.

Over there, across the pond, the U.S. is facing its own problems, problems that are testing and frustrating (and, ahem, one of them is very orange and ignorant). But we can’t get tired. Whatever side of the table you are on, keep up the good fight because you can and it’s worth it.

I know Spaniards are fighters and will seek the change they deserve, soon. And I also know Americans will continue fighting until we seek the solutions we all deserve.

Just don’t give up.

A version of this story appeared on p.5 of the September 22, 2016, print edition of the Daily Nexus.