After three straight losses to ranked opponents, the No. 25 UCSB men’s soccer team will host Loyola Marymount this Wednesday in hopes of getting back on the right track with two games remaining before beginning its Big West schedule. 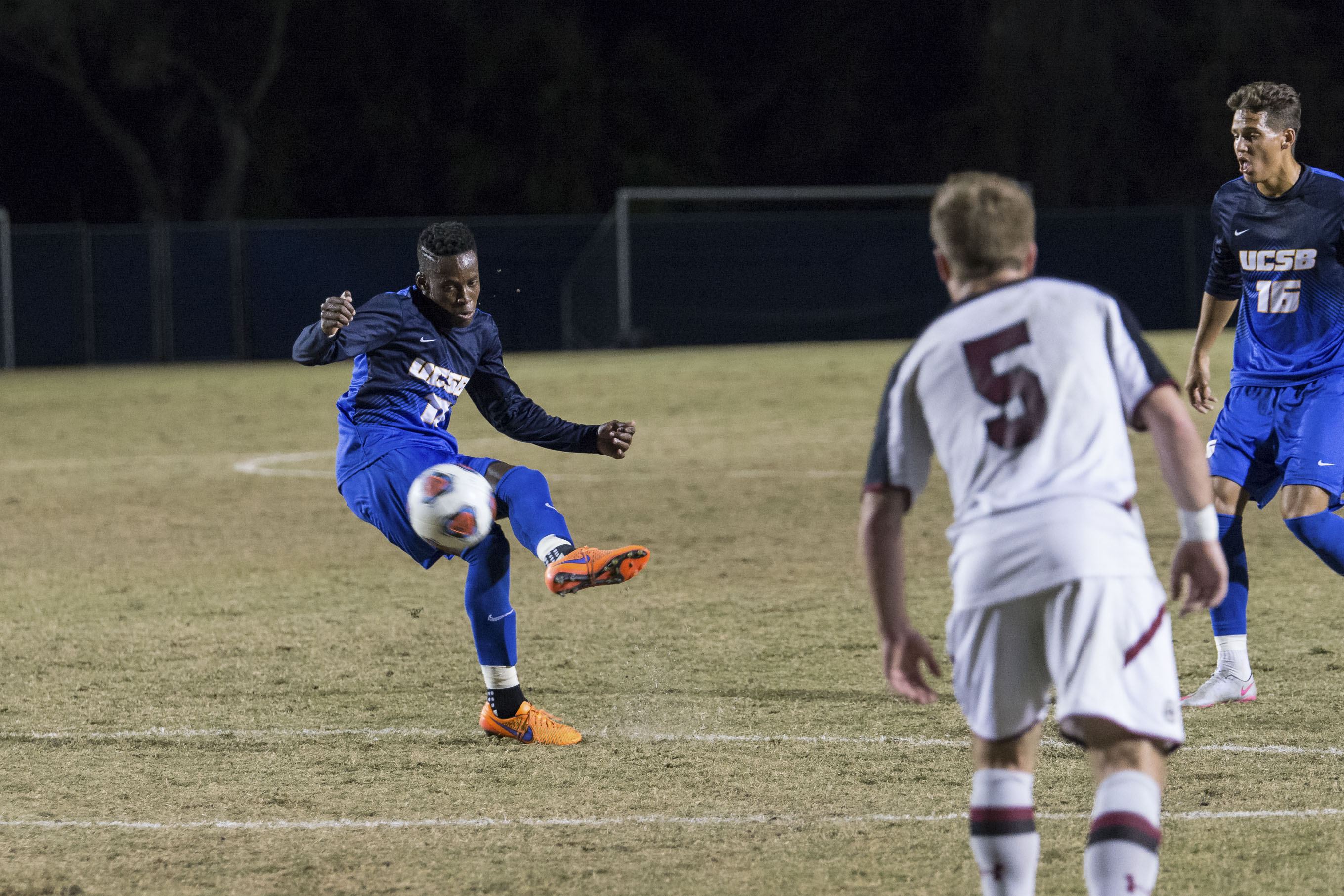 The contest will be Santa Barbara’s second of a three-match home stand. After opening the season on a blazing four-game win streak, UCSB currently sits at 4-3-0 after their recent woes.

The Lions will enter Harder with a similar record, 4-4-0, as both teams hope to make some final improvements as the nonconference schedule nears its end.

Santa Barbara will be the fifth Big West team LMU has faced this year, including an exhibition against Cal Poly. Moreover, the Lions have achieved success when facing Big West competition, defeating UC Davis 2-0 and UC Irvine 1-0 just days after losing a close meeting with Sac State 1-0.

The Gauchos will hope to avenge their most recent loss, looking to reclaim their home field after conceding a last-second free kick against No. 6 UCLA that forced overtime at a 1-1 tie before the Bruins found their eventual winner in the added period.

Leading UCSB’s pursuit to reclaim its home field is junior midfielder Kevin Feucht, who scored his team-high fourth goal of the season against UCLA and has been the driving force of the Gauchos’ attack thus far.

Behind Feucht, freshman Daniel Amo, senior Nick DePuy and junior Ahinga Selemani each have two goals and an assist to their names, while senior midfielder Josue España leads the team with three assists.

However, though UCSB has succeeded offensively thus far this season (tied for the conference high in total team goals with 12), LMU’s defense will pose one of the sternest challenges yet, possessing a goals against average of .88 per game.

Collectively, Santa Barbara has looked strong going forward with their marauding runs from the midfield and direct wing play, but have been lacking goals during their recent slump, differing from their early-season scoring form. The Gauchos have scored a single goal or less in their last two matches (Akron and UCLA) after scoring two or more goals in three of their previous five games.

The UCSB defense, however, looked much improved against UCLA after struggling to avoid crucial mistakes throughout the Akron Tournament. In Ohio, the Gauchos gave up six goals in two matches, but kept one of the nation’s best teams, UCLA, under wraps for the most part, and were unlucky to lose their clean sheet to the controversial free kick equalizer.

Amo, who usually plays in the midfield, was moved to center-back to replace usual starter Sam Strong, who received a red card in the team’s match against the Bruins. The Ghanaian defender was a rock in the back, sliding to stop a couple clear chances to go with a few vital clearances. With Strong back in the rotation, however, Amo will be wondering if he’s done enough to retain his new position on the team after a comprehensive display in his first defensive start.

Regardless, UCSB showed signs of improvement from their recent funk against UCLA and will have high hopes of getting a positive result at home versus the Lions.

The Gauchos will host LMU Wednesday at 7:05 p.m. at Harder Stadium. The game is free with an Access Card and is available for video stream from the schedule page of the men’s soccer page on UCSBgauchos.com