The Daily Nexus
Nexustentialism
It's satire, stupid.
Mattress Theft On the Rise as The Chainsmokers Glorify Being an Asshole to Your Roommate
September 8, 2016 at 1:22 pm by Jasmine Vaughn 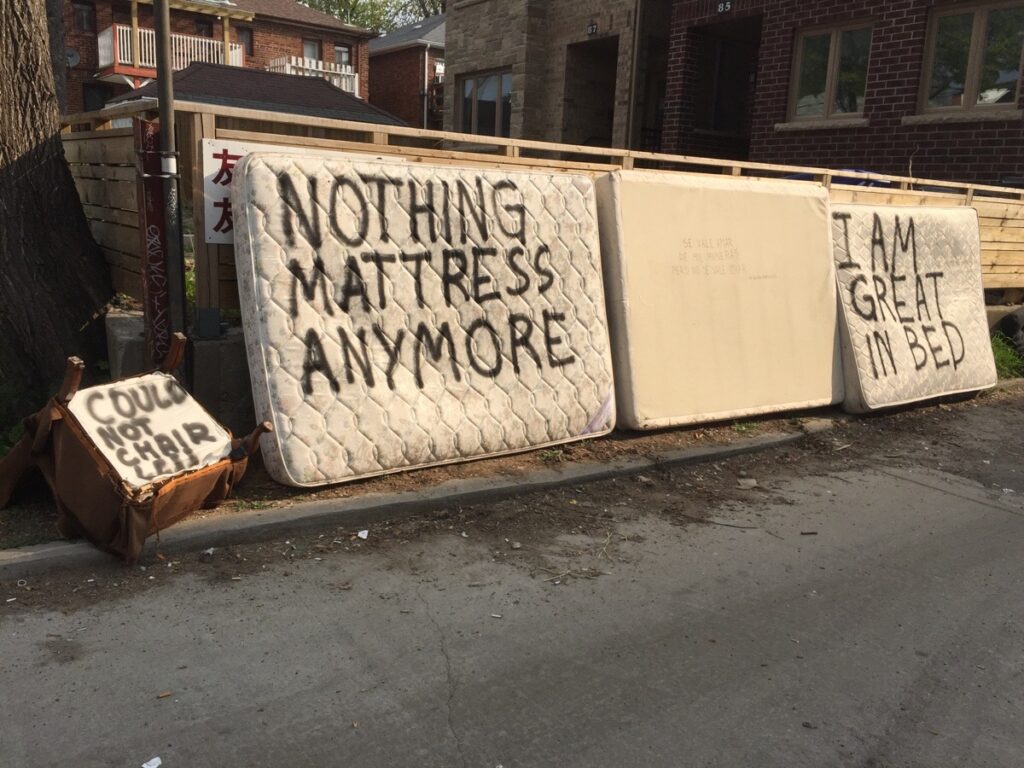 Local crime rates are up after an electronic dance song inspired a string of very specific thefts across the county. Reports of stolen mattresses are up 1,738 percent in the past month, and authorities say these copycat crimes are directly correlated to radio plays of “Closer” by The Chainsmokers.

“I’ve seen a lot in my 50 years on the force, but I’ve never seen theft with such pathetic motive,” said IVFP Lieutenant Benjamin Clawhauser. “Kids these days just don’t steal like they used to.”

The public is warned to be on the lookout for suspicious characters with shoulder tattoos in Range Rovers.

Ivy Abrams, a recently mattressless third year, reports noticing strange behavior from her roommate prior to the event of the crime.

“I mean, yeah, she listened to that song a lot, but so does everyone else. I didn’t really think much of it because I was always trying to block it out with my headphones,” Abrams said.

When asked if she and her roommate were close before said roommate left town with Abrams’ mattress in tow, Abrams said “she was usually too busy shopping for bralettes and complaining about the cost of EDC for us to talk much.”

A class action lawsuit led by mattressless roommates is gaining momentum against the band, with Halsey now being investigated as an accomplice to the crimes committed by The Chainsmokers. Charges against them include cruel and unusual lyrics, negligent musical behavior and general assholery.

The public is warned to be on the lookout for suspicious characters with shoulder tattoos in Range Rovers.

“The worst part is she took the sheets, too, and I bet she doesn’t even keep them pulled over the corners,” Abrams said.

Jasmine Vaughn is a third-year communication major who ain’t ever getting older.

Would have been much better with context; I had to look up the lyrics. Still, fun post and edgy headline.