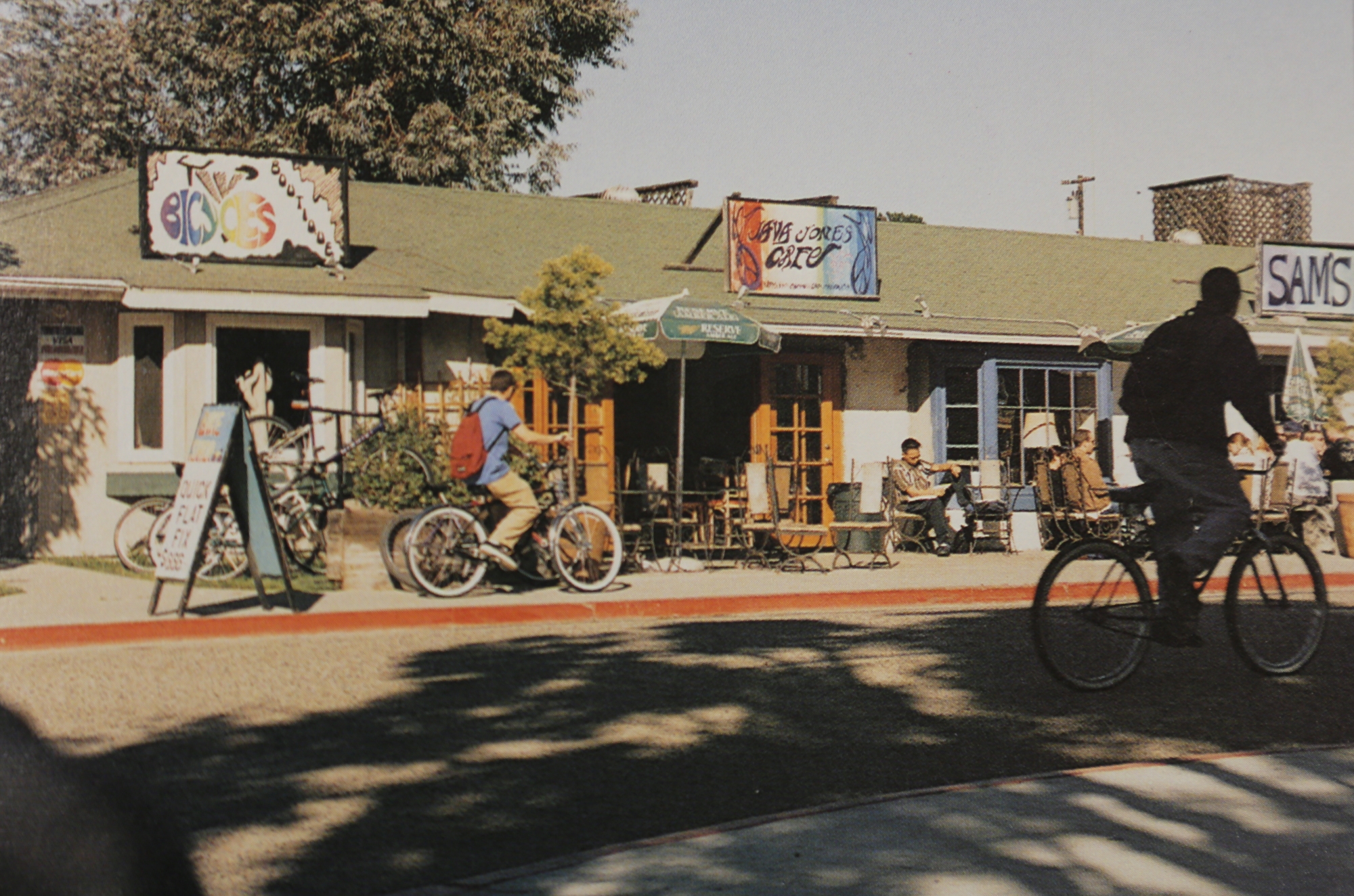 UCSB’s bike-friendly campus even led alumnus Jack Johnson to meet his future wife when he locked his bike to hers outside of I.V. Theater. Photo: The Varsity Bike Shop in 1997 via La Cumbre archives

One could hardly paint an accurate portrait of the UC Santa Barbara campus without including a few key details: hundreds of bikes lined side-by-side outside lecture halls, thousands of bikes filed bumper-to-bumper en route to classes and, occasionally, two bikes locked together when there is no space on the bike racks.

George Misbeek, one of the founders of Varsity Bike Shop on Pardall Road, has provided service to UCSB’s bike-savvy students for over 50 years, and he has seen generations walk in and out of his doors.

“We’ve had so many customers — moms and dads who’d come in with their kids to buy bikes,” Misbeek said. “After several years, the children would come back to buy bikes for their kids.”

Although Misbeek has seen a large chunk of UCSB bike history, the use of bikes on campus and in Isla Vista dates back decades before his time. It wasn’t until a series of “bike booms” in the 1960s and 1970s, however, that necessity for the human-powered vehicle came to physically shape the campus itself.

Local historian Britta Gustafson said her impression is that bikes have always been part of Isla Vista, a small neighborhood that underwent development as early as 1925. With no running water or paved roads, I.V. “wasn’t a fancy place,” she said, and was home to many low-income families.

Bicycles were cheap and popular, “like in any semi-rural beachside community with scattered houses and a bunch of kids,” Gustafson said.

According to Dennis Whelan, associate campus architect, members of the United States Navy probably used bicycles between 1941 and 1944 when there was a U.S. Marine Corps base in place of the university.

UCSB later moved into the former Marine base buildings, he said, and cyclists would ride on roadways and walkways or they would create their own dirt paths in what were “the very early and dusty days of campus.” 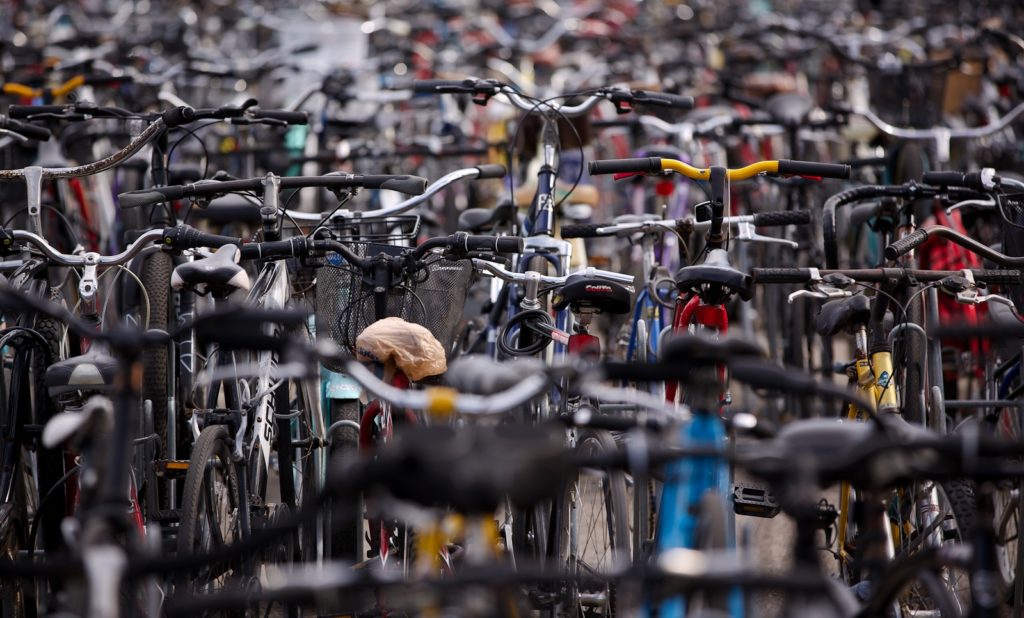 There was a particular “cycle boom” amongst UCSB students in the 1960s, as noted by a 1964 headline in El Gaucho (a predecessor to the Nexus). The story reported 23 accidents and 659 bike thefts in the 1963-1964 school year, events that campus police considered a “major problem” to address the following school year.

Misbeek took advantage of this “cycle boom” when he and two other friends started Varsity Bike Shop on Sept. 18, 1964, a date he quickly recalls today.

The founder, now 87 years old, said bikes were well in use by the time he had set up shop in a building where “they hadn’t even got all the walls in yet.” He and his co-owners were “optimistic” of the store’s future; they anticipated continuing growth for the university, both in enrollment numbers and in the physical size of the campus.

Some might say the optimism was well-founded. These were the years, after all, when the largest-ever generation at the time — the baby boomers — started their postsecondary education. A UCSB Planning data book indicates 4,865 students enrolled in the 1962 Fall Quarter, which increased to 5,938 students in the 1963 Fall Quarter and 7,879 students a year after that.

With a larger campus than ever before, Misbeek said walking to class quickly became inconvenient. Biking, he said, was increasingly necessary for students to arrive to class on time.

Varsity Bike Shop could hardly keep up with demand. Misbeek remembers opening at 6 a.m. and working nonstop until as late as 2 a.m.

He would buy several large containers of 350 bikes, “all of them black three-speeds.” It would only take about six weeks, he said, to sell an entire container of bikes, each priced from $39 to $49 in 1964. Three to four years later, the same bikes were selling at $70 to $80. 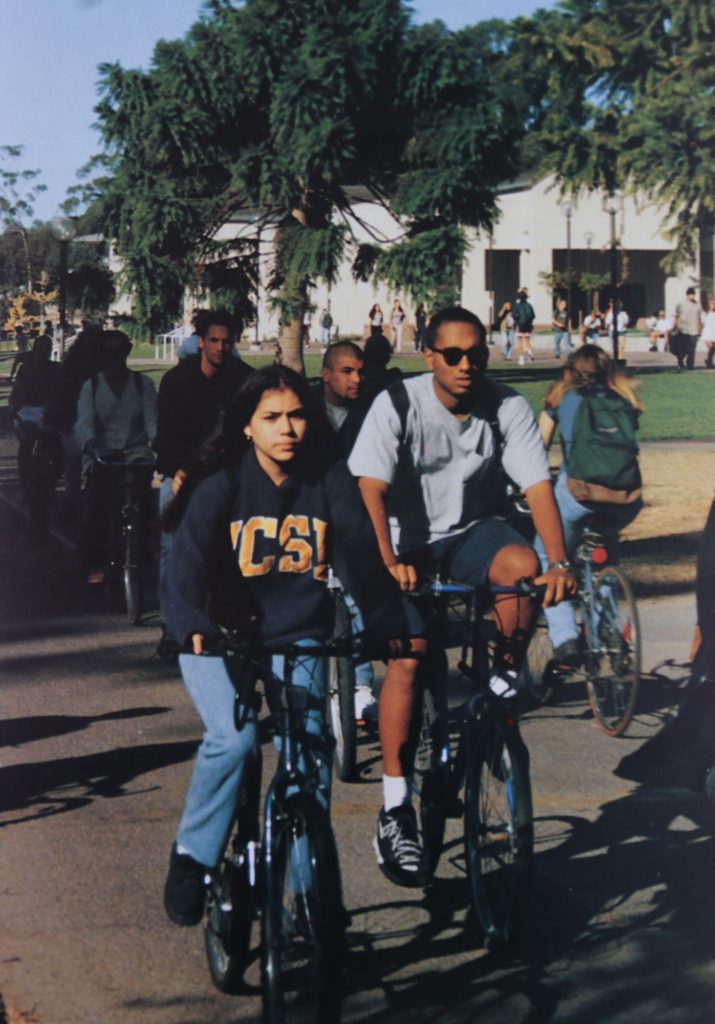 Before building its first bike paths in the late 1960s, the university only had walkways going through campus. Bikers rode on the sides of the walkways, where cyclists were supposed to be as indicated in a “set of regulations” posted in a 1963 El Gaucho article.

The university developed the first stretch of bike path in August 1966, which provided travel along El Colegio Road between Francisco Torres (now San Clemente residence hall) and the campus pool. It was a “class one” bike path — a lane exclusively for bikes on the side of a shared road — and may have been the very first of its kind for Santa Barbara County, according to Whelan.

“You can see a remnant on the west side of the track, opposite Student Health,” Whelan said in an email. “It is much-degraded asphalt now that appears to be a walkway.”

The university continued to develop its bike system throughout much of the 1960s and 1970s as enrollment numbers grew and capital funds became available for the building of underpasses and bike circles.

Of the several paths following the first, developers created a “central bikeway” in 1969 that ran east-west from the Student Health underpass to Kerr Hall. It was in 1970 that the university developed its iconic bike path, the Arts Mall Bikeway, running from Pardall tunnel to the Arts building.

The campus bike system became especially necessary in the 1970s, a decade in which biking became even more popular than the one before.

A Time magazine article, published in June 1971, reported on a national shortage of bicycles as the result of the “bicycle’s biggest wave of popularity in its 154-year history.” 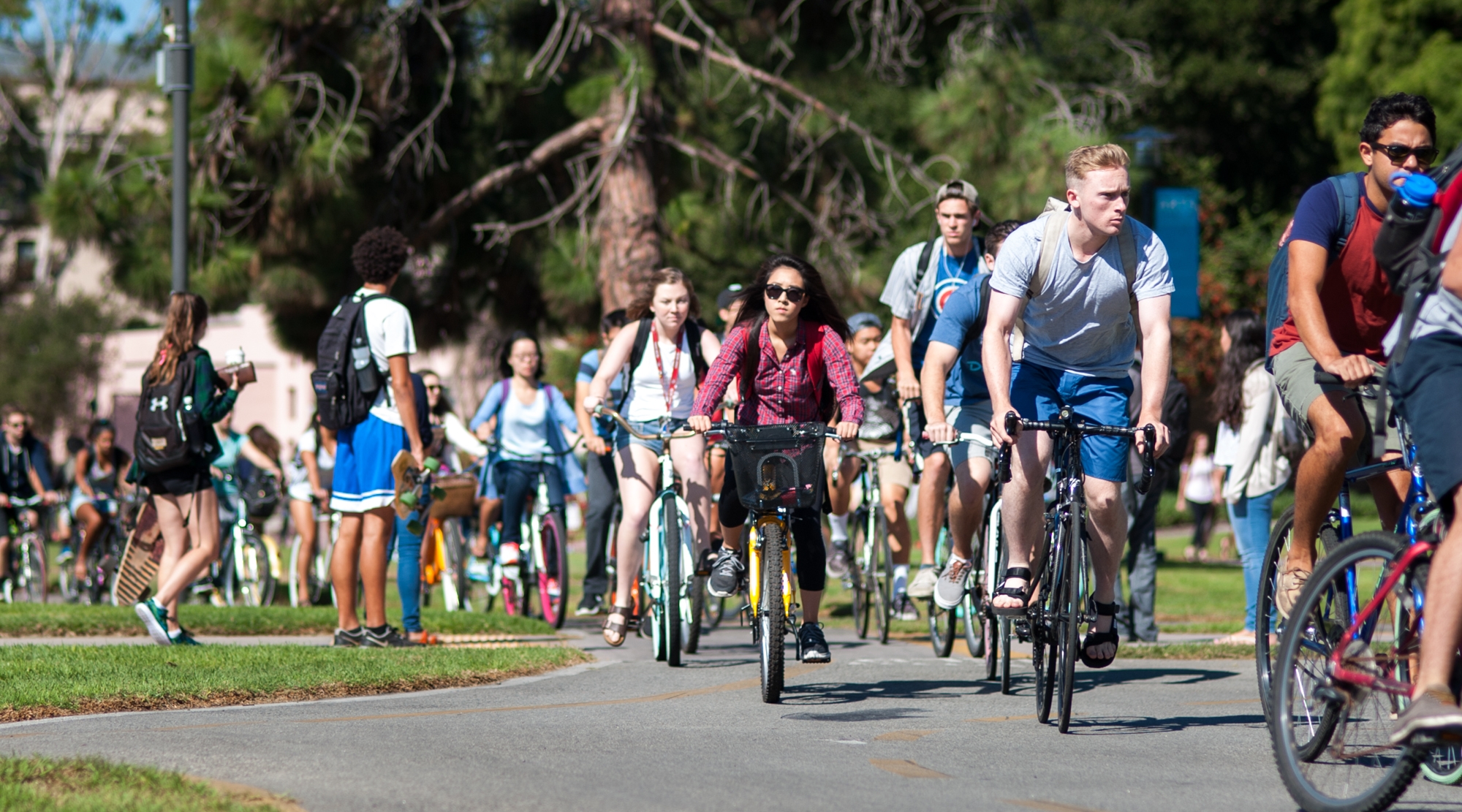 The article notes that bicycles were seen as a solution for many groups of the time. Environmentalists chose them as a non-pollutant alternative to cars.

“Physical-fitness fans” saw the bike as a “heart preserver.” Workers in “traffic-choked cities” would begin commuting on bicycles to beat rush-hour traffic.
UCSB was certainly not left out of the nationwide bicycle movement.

Former California State Senator James Mills once made an 11-day bike trip from San Francisco to San Diego in September 1972 to campaign for Proposition 20, which eventually passed and formed the California Coastal Commission. One of the overnight stops for him and his group of cyclists was the Devereux House on UCSB’s west campus.

As the 1970s progressed, the university added several stretches of bike path to its existing system. Among many other projects, the university built the segment between UCen Road and the Arbor in 1973 and the path from the Arbor to the south side of the library in 1977.

In 1978, developers completed one of the final additions to the campus bike system: the bike circle next to Storke Tower. This is the same bike circle in which, during the opening week of fall classes, some students set up lawn chairs to watch new cyclists timidly navigate through the roundabout for the first time, hoping to see a crash.

Today, UCSB has approximately seven miles of dedicated bike path, enough to provide travel for thousands of students, faculty and staff every day. For every year since 2011, the League of American Bicyclists has given UCSB “gold level” designation on its list of “bike friendly universities.”

Indeed, bikes are so historically well received on campus, it makes sense that the bike racks are nearly always full. As reminisced in his song “Do You Remember,” such is the dilemma UCSB alumnus Jack Johnson ran into when he was “late for class” and could find no room to park his bike outside I.V. Theater. He saw the bike of a girl he met in Ortega dining commons (not the DLG as one might assume from “Bubble Toes”), the one with the “painted flowers on it,” and locked his to hers instead.

But UCSB’s busy bike culture isn’t necessarily a bad thing; it won Jack Johnson a lunch date with the woman who would later become his wife.

A version of this story appeared on p. 1 of the Thursday, August 25, 2016 print issue of the Daily Nexus.

Your “El Gaucho” Archive photo clearly shows HSSB, constructed in the 1990s long after “El Gaucho” was replaced by the “Daily Nexus” in the 1970s.

That’s not HSSB, that’s the building directly to the left of HSSB.

The top photo shows the Isla Vista Bicycle Boutique, not the Varsity Bike Shop (as the caption says).

What’s with the apostrophe after Gauchos?