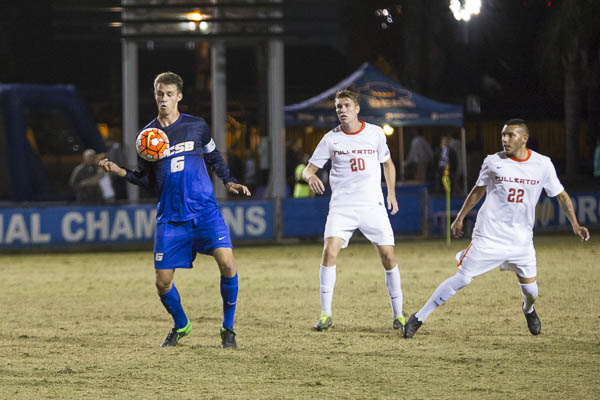 Santa Barbara has dominated its native city counterpart for the past 15 years, having not endured a loss to the Warriors since 2000. UCSB managed to defeat Westmont 4-1 in last season’s exhibition opener.

Ranked No. 13 in this year’s NSCAA preseason poll, UCSB will look to make another deep postseason run after earning its first NCAA Tournament victory since 2011 and returning to the Sweet 16 for the seventh time in program history.

The reigning Big West Conference North Division regular season champions are coming off a 14-7-2 overall and 7-2-1 conference finish. Despite experiencing a 1-0 defeat to Cal State Fullerton in the Big West Championship, UCSB has been predicted to finish atop the Big West North Division standings for the fourth consecutive time.

Westmont is hoping to improve upon a 9-6-2 overall, 6-3-1 Golden State Athletic Conference record in 2015. It was a productive offseason for the Warriors as they added a total of nine recruits, one transfer and eight freshmen.

Although not included in the 2016 NAIA men’s soccer coaches’ preseason top 25 poll, the Warriors may not be too far from ascending into the rankings at some point this season. Their 6-3-1 conference record landed them tied for third place in the standings in addition to four of their players being named to the All-GSAC Team.

While expectations are high for the Gauchos to be the premiere team in the Big West North Division, the anticipation for the senior campaign of forward Nick DePuy is at an all-time high after a milestone-filled breakout junior season.

Crowned the Big West Conference Player of the Year for the second consecutive year, DePuy led the nation in game-winning goals with eight and regular season goals amongst all NCAA players with 15. His impact when on the field for UCSB is inevitable as the Gauchos are 16-0-4 all-time when DePuy scores at least one goal in a match.

Both statistical totals led the Big West along with him being the conference leader in points (31) and shots (80). Becoming the fifth Big West player ever to be selected as a NSCAA All-American last season, DePuy was selected to the College Soccer News Preseason All-America First Team. His candidacy on the MAC Hermann Trophy Watch List tops off the fourth-year player’s list of accolades and nominations.

Alongside DePuy on the Big West Preseason All-Conference Team are junior forward Ahinga Selemani and junior midfielder Kevin Feucht, tying the Gauchos with Cal Poly for the most preseason selections at three players. Despite missing some time due to injury throughout the season, Selemani ranked second on the team in shots with a total of 57 while Feucht finished second on the team in goals with six. 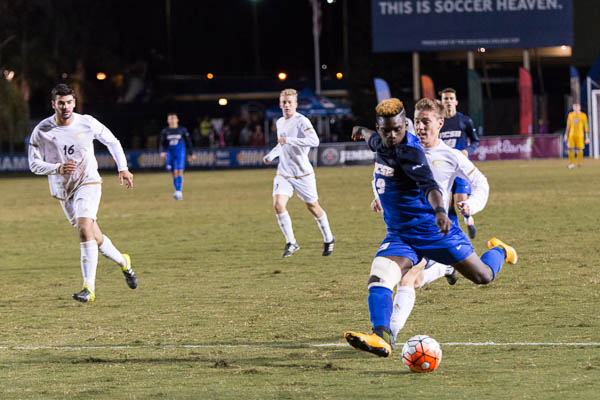 After concluding last season with a trip to the Sweet 16, it is safe to proclaim that the Gauchos are determined to reach the championship stage as they have yet to return a title to their program since winning it in 2006.

Able to flourish as a No. 15 seed in the NCAA Tournament, UCSB is a team with the potential to be a title contender with most of its starters returning and DePuy at the helm of it all. Appearing in the NCAA Tournament in 13 of the last 14 years, Santa Barbara is inching closer and closer to a championship run in which 2016 could be a special affair.