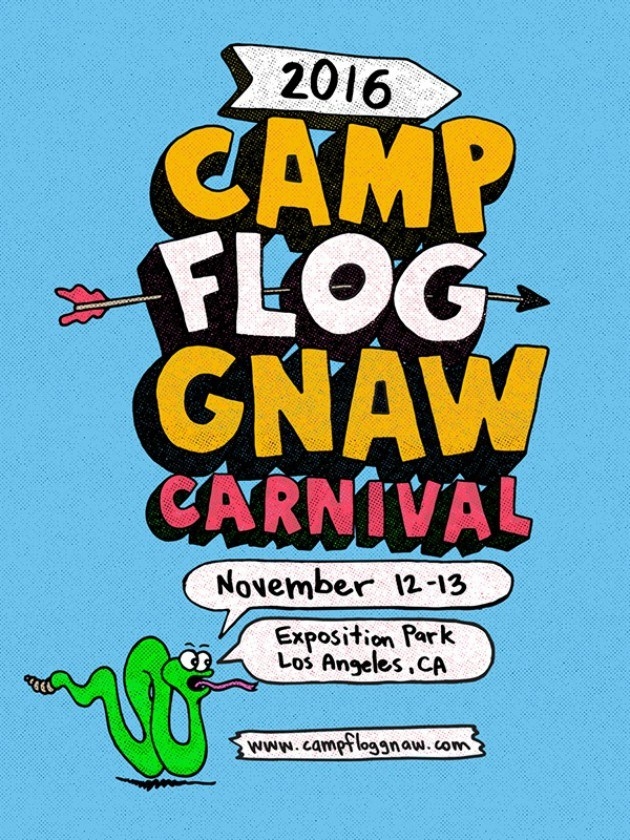 In its 2012 debut, few would have predicted Tyler, The Creator’s, Camp Flog Gnaw Carnival would have grown from largely an Odd Future-only lineup to its current status in 2016 as one of the most exhilarating music festivals.

Before prospective attendees had the chance to drool over the scheduled performers, they were blown back by Camp Flog Gnaw’s fifth-year expansion to a two-day affair, set for Saturday, Nov. 12, and Sunday, Nov. 13, at Exposition Park in Los Angeles.

The excitement prevailed beyond the two-day expansion, as the 2016 lineup is undeniably the best Tyler and co. have produced yet. While his ability to manifest a surprise Kanye West performance and secure Pharrell as a headliner in previous years is proof enough of Tyler’s ability to produce beyond the expected, Erykah Badu and Lil Wayne’s scheduled attendance at the 2016 installation secures that the greatness of previous years was attributed to more than pure luck.

Concertgoers are sure to endure a plethora of vibes and emotions. A crowd frenzy is inevitable with the rowdy rappers of the SremmLife Crew and returning performer A$AP Rocky on the ballot along with everybody’s favorite, DJ Mustard. Kali Uchis and TDE’s first lady, SZA, offer an alternate ambiance with their trippy tunes that will grant performances equally exciting. Meanwhile, Alina Baraz and Odd Future-affiliated band The Internet will exude the cool climate that Uchis and SZA’s music toy with. Furthermore, positive energy will vibrate throughout Exposition Park with Chance the Rapper and Kaytranada taking the stage.

While Tyler stunned with his stellar lineup, it comes to no surprise that the semi-estranged Frank Ocean and Earl Sweatshirt fail to be featured once again. Odd Future affiliates Domo Genesis, Taco, MikeG and, of course, Tyler, The Creator, stand as representatives of the disbanded collective.

A carnival is not complete without games. When one purchases their VIP GOLF Country Club passes priced at $350, general admission weekend pass for $175 or single-day pass for $98, unlimited carnival game passes for $40 per day are also available. Past Camp Flog Gnaw features included whack-a-mole, skate ramps and Golf Wang apparel as prizes. Do not hesitate to secure your opportunity to witness Kehlani slither across the stage and ScHoolboy Q perform tracks from his new Blank Face LP, as tickets became available to the general public on Tuesday, Aug. 9 on campfloggnaw.com and are expected to sell out.